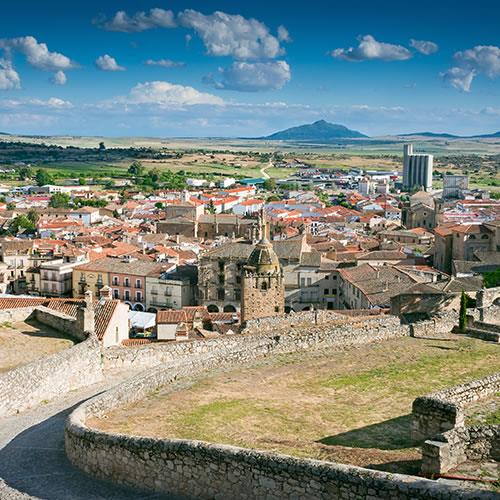 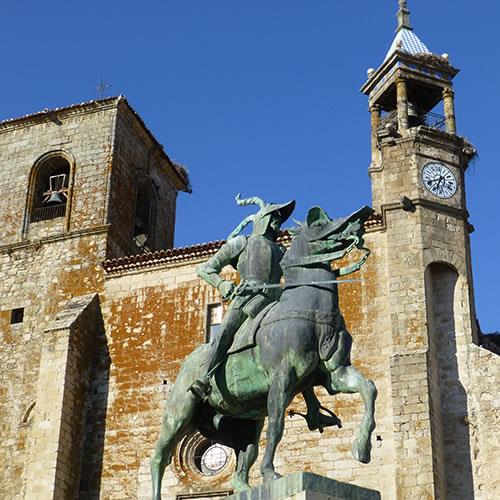 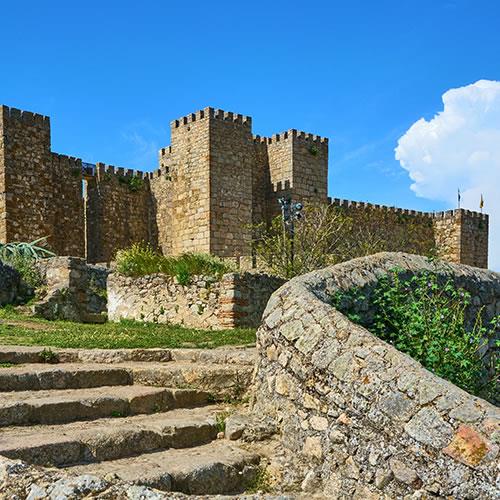 Trujillo, a small town in Extremadura, is a place influenced by many nations since the time of the Romans. It is known as the `Cradle of the Conquistadors` and hosts a statue of Francisco Pizarro, conqueror of Peru. Many old monuments may be admired here, including the castle guarding the town from the hill of Zorro, two churches, and the Chaves Palace. If you're looking for fun and modern life, you shouldn't miss the events at the bullring and the Chiviri festival in the Plaza Mayor.

More details
This self-drive vacation package lets you set the rules! Sample some of Spain`s most popular cities. Visit exciting Barcelona, then pick up your car and drive to Valencia and to Alicante on the Mediterranean continue to Granada and the Alhambra and then sample the Costa del Sol with a stay in Marbella, proceed to beautiful Seville. Drop your car there on arrival and finally catch the Ave train for a visit to artistic Madrid. With yourself in the driver`s seat you can choose which museums, churches, historic sights, beaches and more that spark your interest, for ultimate control of your vacation. This is a flexible vacation package. Select your number of nights in each city, rental car, desired hotel and activities.;
Included:
13 nights from $2,175*

Close more details
Spain is widely considered for its beauty, history and energy. These cities highlight that reputation well. Visit: Madrid (lively, energetic and vibrant - with a well earned reputation for its nightlife and cultural contributions with its diverse spanish museums. like: Museo del Prado, Reina Sofia and the Thyssen-Bornemisza), Cordoba (it became a port city of great importance, used for shipping Spanish olive oil, wine and wheat back to Ancient Rome), Seville (famous worldwide for its culture, monuments, traditions and artistic heritage. This is the birthplace of Flamenco and the city where the most amazing Easter processions take place), Jerez , Ronda , Granada (is one of the most visited cities by tourists from all the world. The long-time capital of Moorish Andalusia has to offer the most important reminds of this epoch in Spanish history, with the world-famous "Alhambra" at the top of the list) and Barcelona (the Gothic Quarter inspires, and the city is on the biting edge of fashion, architecture, food, style, and music). Connect to each destination by train, flight and rental car. This is a flexible package. Select your number of nights in each city, desired hotel and activities.;
Included:
12 nights from $1,645*