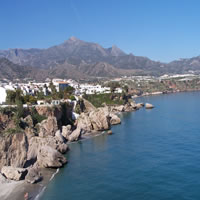 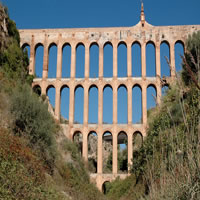 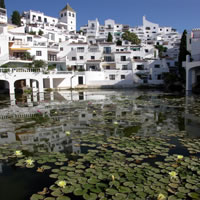 Nerja is the most attractive town along this stretch of coastline, sheltering at the foot of the Sierra de Almijara. Don´t miss its magnificent tree-lined promenade, Balcón de Europa, tops a promontory with views of the Mediterranean and surrounding mountains. Below it lie sandy beaches and cliffside coves. Cueva de Nerja, a nearby cavern with unusual stalactites and stalagmites, hosts popular summertime concerts. It's also known for its paleolithic paintings, viewable by guided tour.

Barcelona and Granada - White Villages of Andalucia
10 nights from $2,185*

More details
Start with a visit to cosmopolitan Barcelona (known for its art and architecture. The fantastical Sagrada Familia church and other modernist landmarks designed by Antoni Gaudi dot the city), then fly to Granada (known for grand examples of medieval architecture dating to the Moorish occupation, especially the Alhambra). Pick up your car for a drive to historical Antequera (known for its ancient burial mounds, including the Dolmen de Menga, Dolmen de Viera and Tholos de El Romeral), then continue for a stay in beautiful Nerja (a resort town along southern Spain`s Costa del Sol). This is a flexible vacation package. Select your number of nights in each city, desired hotel and activities.;
Included:
10 nights from $2,185*

Close more details
Venture through Spain and visit those lovely cities. Start your adventure in the beautiful town of Nerja in the Costa del Sol, then drive up to the charming area of Las Alpujarras and end with a visit to Granada (one of the most visited cities by tourists from all the world. The long-time capital of Moorish Andalusia has to offer the most important reminds of this epoch in Spanish history, with the world-famous "Alhambra" at the top of the list). This is a flexible package. Select your number of nights in each city, desired hotel and activities.;
Included:
7 nights from $1,121*