Welcome to Morocco! Upon arrival in Morocco, you will go through customs and immigration. Should you opt to purchase a transfer to your hotel; a representative will be waiting for you as you exit immigration. Make your way to Tangier and arrive at your hotel, check in and do not give in to jet lag! There is so much for you to see and do!

Orient yourself with one of the most popular neighborhoods in Tangier, the Ville Nouvelle, built in the first half of the 20th century. The Place de France is one of the largest squares in the city and is a central gathering place in the Ville Nouvelle. East of the Place de France, you will find a great vantage point called Sour Meegazine (Terrasse des Paresseux in French). A century ago, this was where townspeople went when they wanted to check if certain ships were in port without having to walk to the port. On a clear day, you can see the coast of Spain from this vantage point.

Walk up Rue Anoual a short distance from the vantage point and you will arrive at the Gran Teatro Cervantes. It was built in the Art Deco style in the 1910s and was once one of the most prestigious performance halls in North Africa. At the end of Rue Anoual, you can visit the bustling fish market, the Marché Central de Poissons. The Rue du Portugal separates the Ville Nouvelle from the Ancien Medina, where there are many sights for you to see today and tomorrow. The first will be the Tangier American Legation, which served as the U.S. consulate in Tangier from 1821 until the 1960s. (Did you know Morocco was the first country with which the United States established formal diplomatic relations, in 1777?) There is a cultural center and museum inside the building, which is still owned by the United States government and is even on our National Register of Historic Places! Less than 500 feet away in the Ancien Medina, there is another interesting museum, the Fondation Lorin, which presents artifacts that tell the story of modern Tangier, starting in the early 20th century. In the evening, choose one of many restaurants that sit on or adjacent to the Place du 9 Avril 1947, better known as the Place Grand Socco. Return to your accommodations at the end of the day. 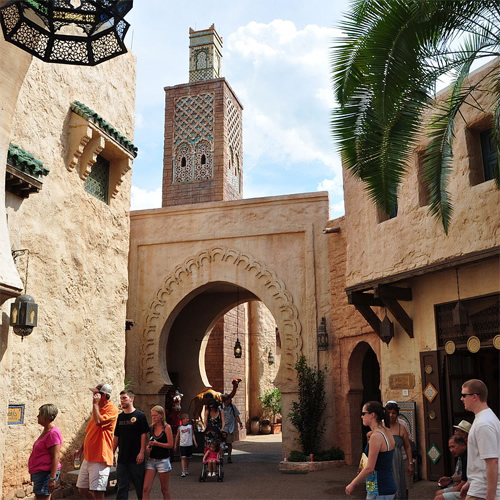 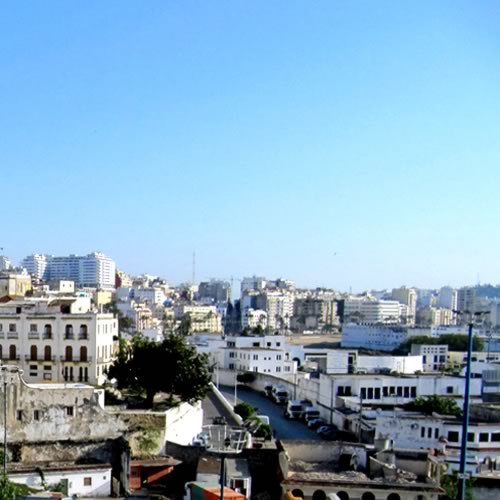 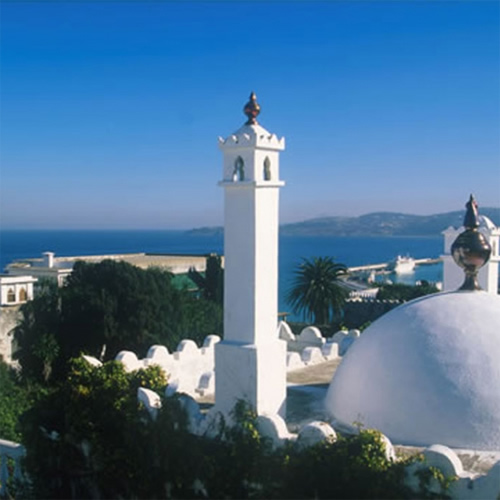 Start the day at the Place Grand Socco, which has served as Tangier`s market square for generations. The central market, which you may have seen yesterday, sells fruits, spices, and other foodstuffs, and the morning is a great time to see all the vendors selling their locally-grown produce. On the northern end of the Place Grand Socco, you must spend a portion of the early morning strolling through the verdant Mendoubia Gardens, located amidst a backdrop of picture-perfect colonial-era buildings.

Return to the Ancien Medina by passing through one of the old gates into the original city, the Bab Al Fahs. Rue Siaghine will lead you to the only synagogue in Tangier open to the public, the Moshe Nahon Synagogue. Exhibits inside the synagogue teach visitors about the once-large and thriving Jewish community, who at one time worshipped at 27 different synagogues across the city.

Rue Siaghine leads to the Place Petit Socco, known for its shops and cafés. Just off the square, you will find the Grand Mosque of Tangier, which you can view from the outside. Wander through the streets of the northern portion of the Medina, then make plans to visit the Tomb of Ibn Battuta, the fourteenth-century traveler who is perhaps Tangier`s most famous native son. Seven hundred feet to the northeast of the tomb, there is a large palace, which was once where the sultans of Morocco stayed while visiting Tangier. Today it houses the Museum of Moroccan Arts and Antiquities. On the other side of the Bab El Assa from the museum is the Musée de Carmen-Macein. This hidden gem includes art pieces from Pablo Picasso and Salvador Dalí, among others.

A short walk away from the palace there is the Bab Al Bahr, the `sea gate` which connected merchant seafarers to the Medina where they could sell their inventories. You can see remnants of the city wall system, first built by the Romans and rebuilt by the Portuguese, in the northern and northeastern portions of the Ancien Medina. If you have time in the afternoon, stroll through the Medina some more, visiting its numerous patios and squares, such as the Place Ben Daoud, Place Sekkaya Jdida, Place Aisaouas, and Place Taqqadum. Consider leaving town for a little while to visit Park Rmilat, four miles to the west of the Ancien Medina. This beautiful space offers great views of the sea, and is particularly breathtaking at sunset. Return to your accommodations at the end of the day. 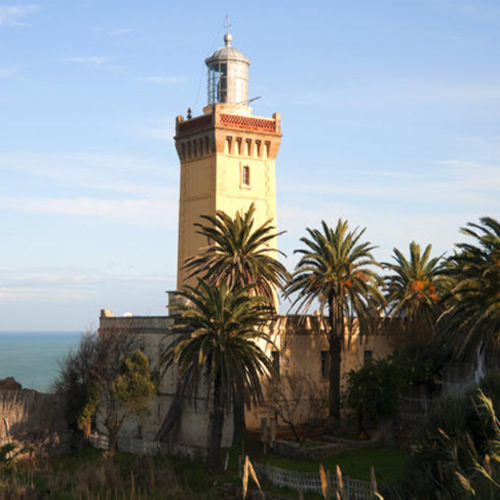 Enjoy some fun sights in the morning and the beach in the afternoon! Have breakfast at Café Hafa, featuring great views of the sea. It has been a popular tourist attraction since the 1920s and has brought writers, poets, and even pop groups like The Beatles to its whitewashed terrace-side tables. Nearby, you can take a tour of tombs which date from the time of the Phoenicians. Spend the morning visiting the Réserve du Cap Spartel, where the Atlantic meets the Mediterranean at the entrance to the Strait of Gibraltar. Six miles to the southwest of the entrance to the park at Cap Spartel sits one of the most popular tourist attractions in the area, the Caves of Hercules. In mythology, Hercules rested before completing his 12 labors, and it is believed that these were the caves referenced. Portions of the caves are open to the public for tours.

In the afternoon, head back to the Ville Nouvelle and head east to Tanger City Center, a large mixed-use commercial and hotel area that is situated between two of the city`s beaches: the Plage Municipale and Plage Malabata. You will find lots of restaurants and cafés at and around Tanger City Center, between the two beaches and next to Corniche Gardens. Return to your accommodations at the end of the day. 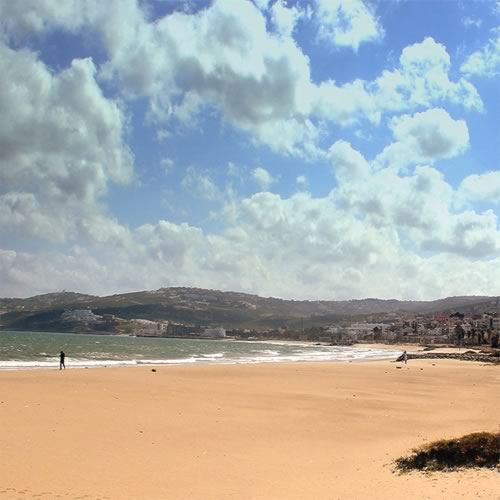 If you have extra time in the area, consider taking a day trip to `The Blue City`, Chefchaouen. Chefchaouen is located two hours southeast of Tangier by car, nestled in the Rif Mountains, and is world-renowned for its breathtakingly beautiful blue-washed buildings, its Kasbah (a 15th-century fortress), and its Grand Mosque and the Ethnographic Museum. The sizable Medina is a charming maze of streets and alleyways with some of the best shopping you will find in Morocco. 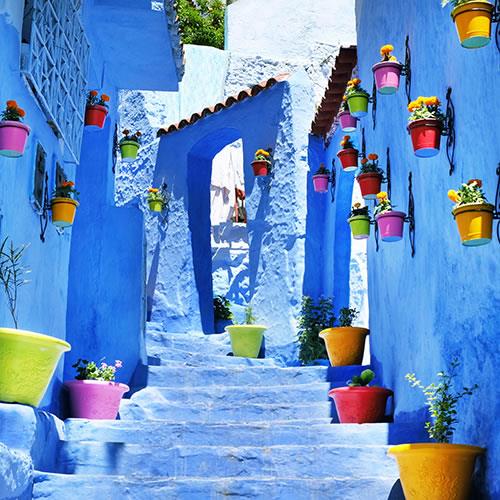 Your Last Day in Tangier 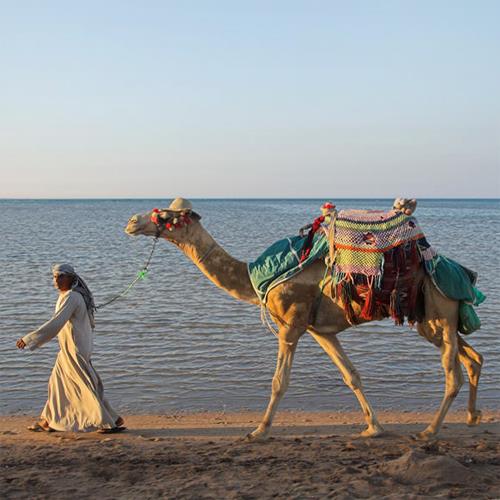