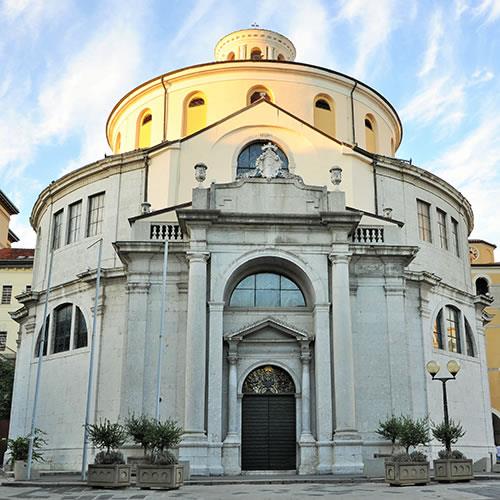 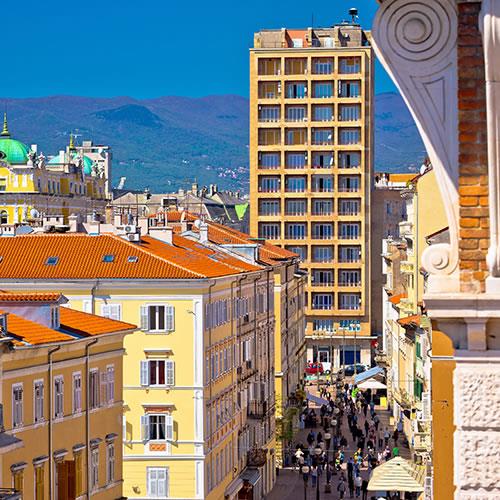 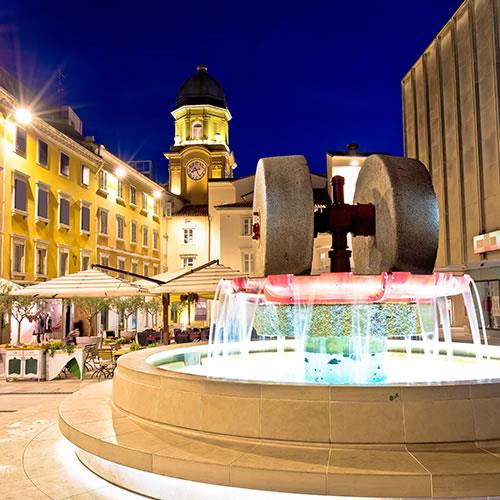 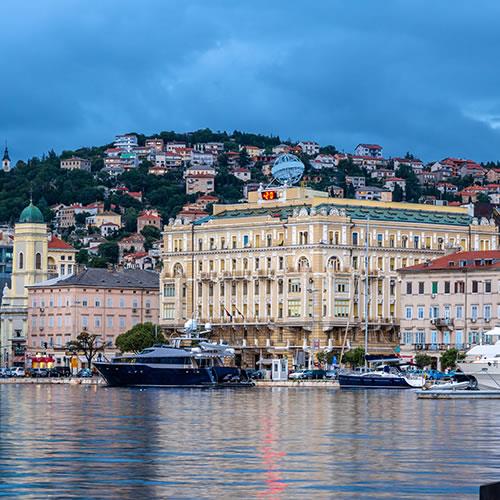 Rijeka`s city center is dominated by the Old Town, which is roughly bounded by Ulica Zrtava fasizma to the north and Adamiceva ulica to the south. In this area you will find a number of important sights, such as the pedestrian-only shopping avenue called the Korzo, where you will also find the City Hall and the City Clock Tower. The Clock Tower is on the southern end of one of the main squares in Rijeka, Ivan Kobler Square. The square was considered an entry point to the Old Town in Medieval times, with the Old Gateway Roman Arch situated just off the square. In Medieval times, this square was called the Placa. For hundreds of years, the epicenter of Rijeka`s social scene was located here. The striking and photo-worthy grand fountain that is situated in the middle of the square was built in 1974 to honor the town paper factory`s 150th anniversary. There are a number of historic churches in the northern part of the Old Town, with the city`s centerpiece cathedral, St. Vitus Cathedral, located just off Ulica Zrtava fasizma. Just to the east of the Old Town, close to Scarpina ulica, you will find another historic church, the Church of the Assumption of the Blessed Virgin Mary.

You will find that the area surrounding the Old Town is quite modern, and skyscrapers and condominiums dot the skyline. About 1,000 feet to the south of the Church of the Assumption, past Scarpina ulica and past Ulica Ivana Zajca, you will find Ivan Zajc Square, where the Croatian National Theatre, also named after the famed composer (1832-1914), is located. The Rijeka Main Market, can be found on the other side of the park bordered by Trninina ulica. One block to the north, Ulica Ivana Zajca becomes the Riva, the main waterfront road, and runs for nearly a half-mile past the Port of Rijeka. Along the way you will see a road called Ulica Riva Boduli, which leads to the tied island called Molo Longo where there is a bazaar on the weekends. If you choose to continue to go down the Riva, past the Jadrolinija Ferries main office (where Zabica meets Riva), you will find another historic church, the Capuchin Church of Our Lady of Lourdes. Along Kresimirova ulica west of the Capuchin Church, you will run into the Museum of Modern and Contemporary Art and Rijeka train station. If you want to rent a car for whatever reason while you are in Rijeka, you will find a couple of rental car offices along Ulica Fiorella la Guardije, accessible from Kresimirova ulica from Ulica Alessandra Manzonia near the Museum of Modern and Contemporary Art. 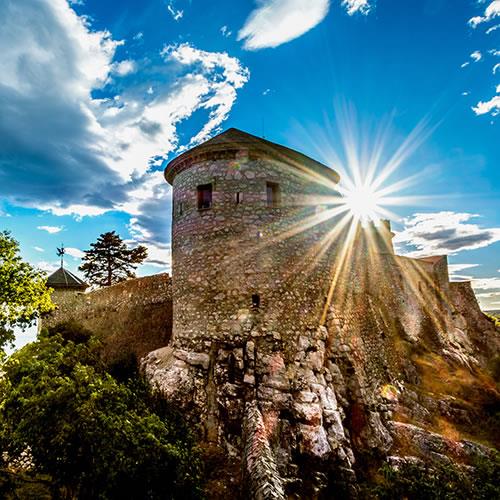 The outskirts of Rijeka are broken down into three areas: Banderovo, a primarily residential and industrial area to the west of Rijeka train station; Trsat, to the northeast of the Old Town, dominated by Trsat Castle and the main campus of the University of Rijeka; and Susak-Pecine, where Sablicevo Beach and the large shopping center Tower Center Rijeka are located. Susak-Pecine has its own train station and is one stop away from Rijeka`s central train station. Trsat Castle is the main sight you will be interested in visiting away from the city center, and it is also one of Rijeka`s most popular sights. In the grounds you will find the Greek-inspired Mir Junaka Mausoleum, and at the bottom of Ulica Petra Zrinskog before entering the castle grounds you will find yet another historic church, the Sanctuary of the Mother of God in Trsat. There are two large parks to the south of the Sanctuary, Pancicev Park and Park Heroja.