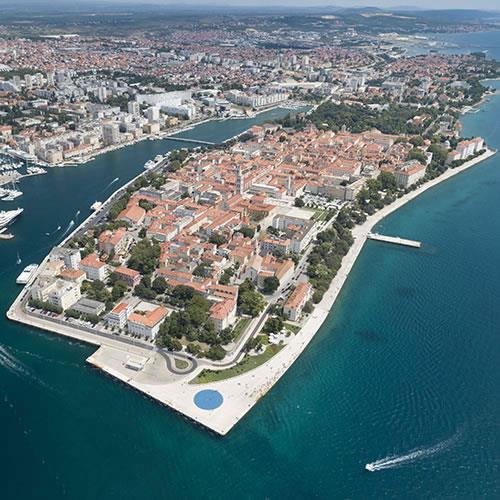 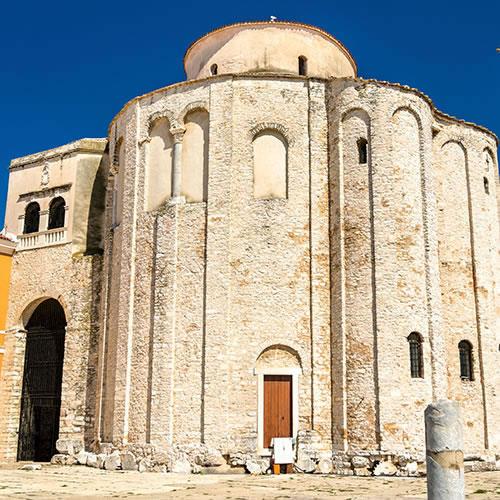 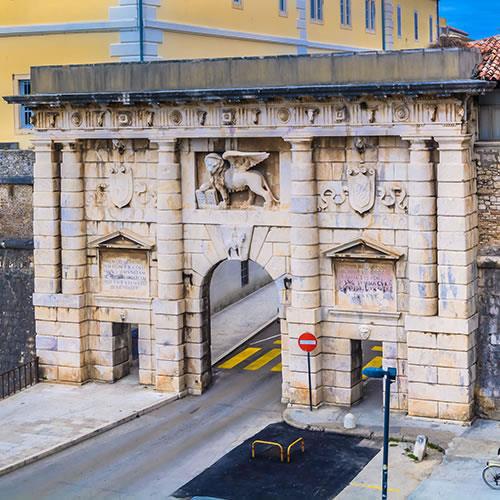 Zadar was settled during the Neolithic era. The Liburnians who moved to the area in the ninth century BCE called the settlement Iader, and during the time of the Romans, the city built on the peninsula where the Old Town is located was called Iadera. Later, the Venetians and the Italians called this city Zara, and it was officially renamed Zadar (the Croatian translation) in 1947. The second-most important city in the Dalmatia region of Croatia, after Split, Zadar is the fifth-largest city in the country and is a major commercial, industrial, and cultural hub. From the sixteenth to the nineteenth centuries, the Republic of Venice walled the Old Town off from the world in an effort to protect it from invaders. In 2017, the Venetian defenses were added to UNESCO`s World Heritage List.

The Old Town sits on a peninsula in the Zadar Strait that is approximately 112 acres in size, making it quite compact. It is a little over a quarter of a mile from west to east, and two-thirds of a mile from north to south. Vladimir Nazor Park, which was once a moat that separated the Venetian fortress of Zara from the mainland, sits at the bottom edge of the peninsula. In the southern portion of the Old Town, you will find such points of interest as Queen Jelena Madijevka Park, the oldest public park in Croatia; Foša, the remnants of the Venetian moat; the Land Gate, one of two ways in and out of the fortress city; Five Wells Square, which provided water to residents for three centuries; and the 85-foot lookout Captain`s Tower.

The waterfront (riva) starts at the Foša, stretching up the western side of the peninsula to the Sea Organ and the Greeting to the Sun installations on the northwestern corner. Along the way you will pass Green Square (Zeleni trg), home to the Roman Forum of Iadera, the Church of St. Donatus, St. Mary`s Church, the Archaeological Museum, and the Cathedral of St. Anastasia (better known as Zadar Cathedral). The Church of St. Donatus, built in the ninth century, is the oldest church in Zadar and one of the oldest in all of Croatia. On the eastern side of the peninsula, you will find such attractions as the Sea Gate, the other point of entry and exit for people during the time of the Venetians; the Zadar City Market; People`s Square, where the Church of St. Lawrence and the city loggia are located; the Church of St. Chrysogonus; and the Church of Our Lady of Health. 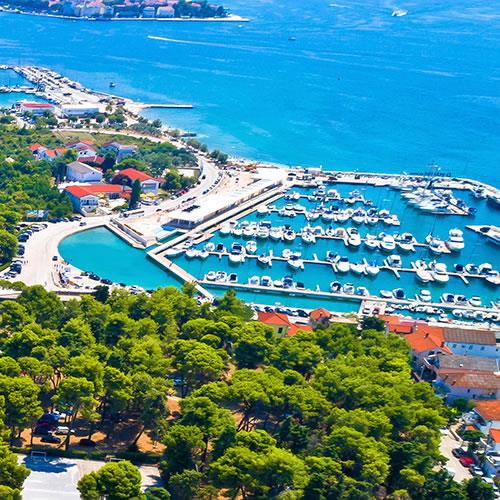 Croatia is one of the world capitals of island-hopping and yachting, and there are three marinas filled with boats and spaces for those boats. The marina near Borik and Puntamika Beaches is called D-Marin Borik. For those wanting to explore the Adriatic islands on private yachts, you might be boarding at this marina, where there are 177 berths and 50 dry docks. The marina right to the south is home to Uskok Sailing Club and is a private marina. The largest marina is the one located due east of the Zadar Strait from the Old Town. That marina, called Marina Zadar, has 300 berths and 200 dry docks, making it the largest yacht marina in the area. It is operated by Tankerkomerc d.d. The accommodation options near the marinas are in the sweet spot between the Old Town (1.25 miles away) and the southern (1.5 miles) and northern (less than one mile) beaches. 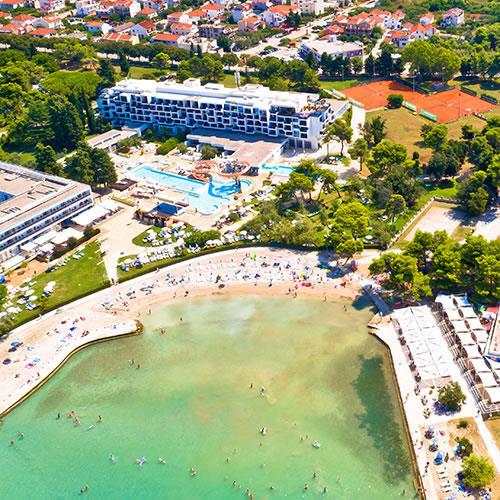 About two and a half miles from the Old Town, Borik Beach (Plaža Borik) is a heavily commercialized resort beach which has fewer pebbles than some of the other beaches in the area, which will be more comfortable if you want to walk the beach or if you want to swim in the water. (There is a jetty that allows swimmers to jump in the water without having to walk on pebbles.) The beach is close to a number of resorts affiliated with the Austria-based Falkensteiner Michaeler Tourism Group.

Borik Beach is located on Puntamika Peninsula, which is also home to Puntamika Beach and the nearby D-Marin Borik. Puntamika Beach (Plaža Puntamika) is a little less commercialized than Borik Beach, but still very close to amenities. Like Zadar, the Puntamika Peninsula has been settled since prehistoric times. Many of the glass artifacts that sit in the Museum of Ancient Glass in Zadar come from this area. Cafes, bars and restaurants line the street near the beach (Obala kneza Domagoja). 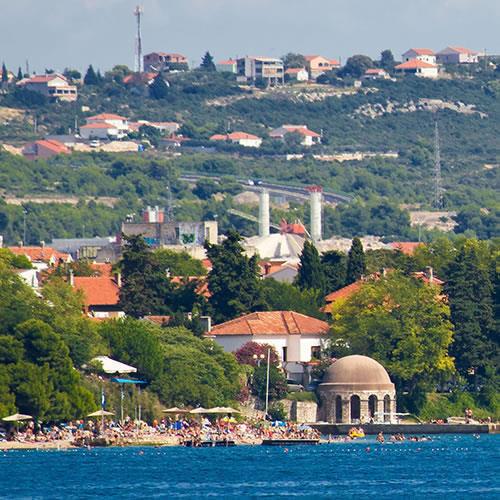 Located about two-thirds of a mile south of Land Gate, Kolovare Beach (Plaža Kolovare) is perhaps the most popular beach in Zadar. The beach composition is a mix of pebbled sand and concrete slabs. Just north of the beach, there are pine trees which provide some shaded areas. Close to the pine trees, there are a few cafes, restaurants, and one bar, comprising a miniature activity center for adults and a minor hub for nightlife. The beach is also popular with those who want to try water sports such as diving, paddle boating, and water trampolining. Karma Beach (Plaža Karma) is just to the east of Kolovare Beach, and is a bit smaller and more secluded. Like Kolovare, it is made up of pebbles and concrete slabs, and there is a walled concrete portion of the water where kids can splash around in shallow waters safely.