Welcome to Croatia! Upon arrival, you will go through customs and immigration. Should you opt to purchase a transfer to your hotel; a representative will be waiting for you as you exit immigration. Make your way to Zagreb and arrive at your hotel. Check in and do not give in to jet lag! There is so much for you to see and do!

Start your trip in Zagreb by exploring Dolac Market, the largest open-air market in the city, and nearby Ban Josip Jelacic Square, which is fully pedestrianized and is Zagreb`s central square. Take the Zagreb Funicular up to Lotrscak Tower and view the art pieces on display, some of which were moved here from the Klovicevi Dvori Gallery, which is also nearby. In between Lotrscak Tower and the Klovicevi Dvori Gallery, you will see the Baroque-inspired St. Catherine`s Church, with its tall, whitewashed façade.

Past the Klovicevi Dvori, you will encounter Stone Gate (Kamenita vrata), which linked the two portions of the Upper Town in Medieval times. From here, explore St. Mark`s Square, which includes the iconic St. Mark`s Church, the parish church of the old neighborhood of Gradec, and Parliament Palace, where the Croatian Parliament meets. If you travel east from Stone Gate, you will encounter Tkalciceva ulica, where there are many restaurants and bars. Take some time to eat, drink, and people-watch. Return to your accommodations at the end of the evening. 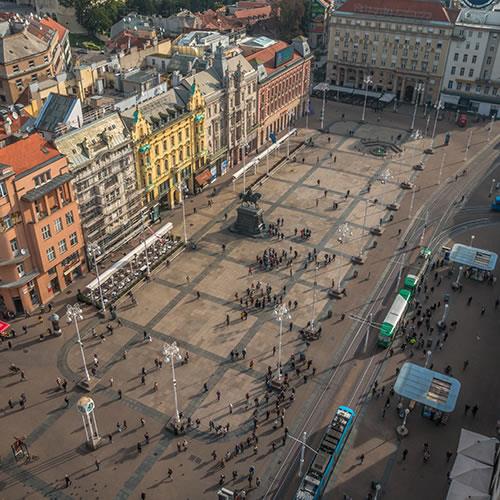 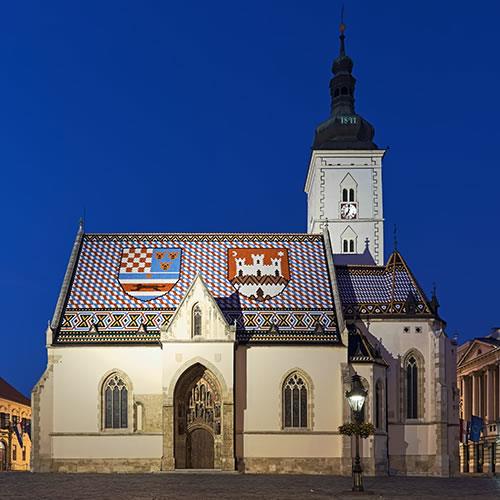 Begin the morning by strolling the streets of Kaptol, the oldest portion of the city of Zagreb. Over nine hundred years ago, King Ladislaus proclaimed Kaptol as the seat of the Roman Catholic Church in Croatia. The centerpiece of Kaptol is Zagreb Cathedral, the best-preserved Gothic cathedral southeast of the Swiss Alps. The spires shoot 350 feet in the air, making it the tallest building in all of Croatia.

Walk down to the lower portion of Upper Town and start a walking tour of Lenuci`s Horseshoe, which consists of seven green areas mostly linked in a U-shape. Be sure to stop in at the museums and other buildings you will see along the way. The first green space you will see is Nikola Subic Zrinski Square, locally called Zrinjevac, which is located in the upper-right quadrant of the `horseshoe`. On the western side of the square, there`s the Archaeological Museum in Zagreb; take some time to view its historical exhibits, such as the one on Ancient Egypt, the only one of its type in the former Yugoslavia. The next park down is Strossmayer Park, where the Strossmayer Gallery of Old Masters is located, inside the Croatian Academy of Sciences and Arts building. The last of the green spaces on the eastern side of the horseshoe, south of Strossmayer Park, is King Tomislav Square, home of the Neoclassical-inspired Art Pavilion, the statue of King Tomislav, and Zagreb Main train station.

Walking west, the next green space you will visit is the Zagreb Botanical Garden. It is one of the oldest of its kind in Eastern Europe, having been open to the public for 130 years. Walking north, you will encounter Marko Marulic Square, where the Croatian State Archives are located. The Archives have saved documents important to the Croatian people and its laws for over 400 years. The next square to the north is Mazuranic Square, and just off that square is the Zagreb Ethnographic Museum. The final green space is Republic of Croatia Square, and in the middle sits the beautiful Croatian National Theatre in Zagreb. If you have time at the end of the afternoon, visit one of the most breathtaking art museums in Zagreb, the Mimara Museum. In the evening, stroll one of Zagreb`s signature avenues, Ilica, do some shopping, and get something delicious to eat. Return to your accommodations at the end of the day. 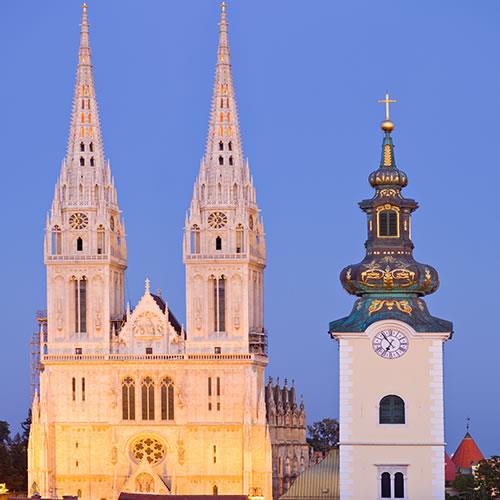 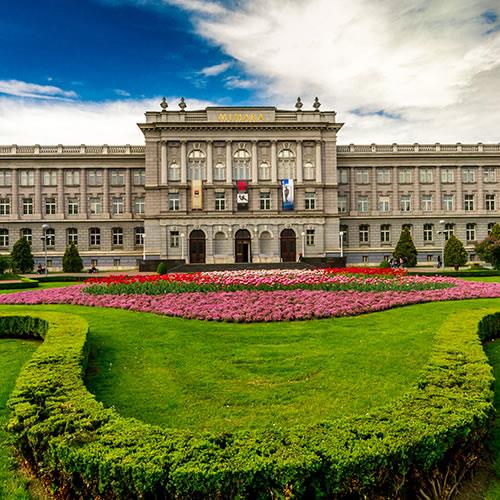 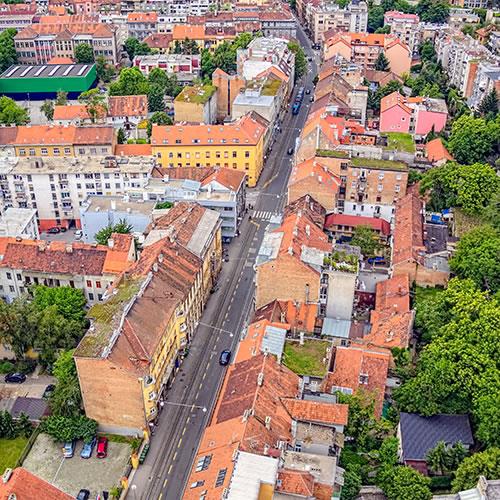 Take the entire morning and part of the early afternoon by enjoying the natural sights of Zagreb`s largest public park, and one of the oldest in Eastern Europe, Park Maksimir. There are five lakes and a number of streams which run through the park, in addition to noteworthy buildings such as the 19th-century era Pavilion of Echoes and the Swiss House. The southernmost 17 acres are set aside for the Zagreb Zoo, which houses a number of endangered species.

Afterward, head to the Lower Town and explore the youthful and vibrant University of Zagreb campus. Then cross the Sava River and take in all the beautiful pieces at the Museum of Contemporary Art, showcasing works by Croatian and international artists. Spend the rest of the afternoon taking in one more museums in Lenuci`s Horseshoe, the Museum of Arts and Crafts. Spend one more evening in Tkalciceva ulica and enjoy a Croatian beer with your dinner if you are so inclined. Return to your accommodations at the end of the evening. 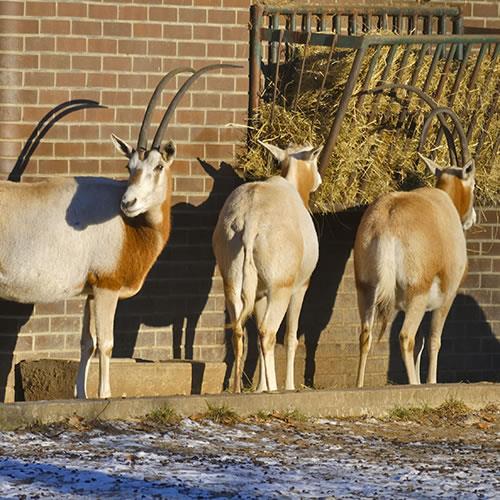 If you have some extra days in Zagreb, take a day or two to `be one with nature`. Explore Park Maksimir some more, and then head southwest of the city to Lake Jarun. Lake Jarun is known for its world-class sports and leisure center, which includes water sports such as kayaking. Enjoy the sunshine and see if you can make friends with any of the other people basking in the beautiful scenery.

If you have another day, explore Medvednica, which includes a nature park, a ski resort (Sljeme Ski Resort), and Medvedgrad, a fortress built to protect the area around Zagreb after the Mongol invasion of 1242. The ski resort is world-class and popular with travelers in the wintertime, and the nature park offers hiking and spectacular views of Zagreb any time of year, but it is definitely most optimal in the spring and summer seasons. 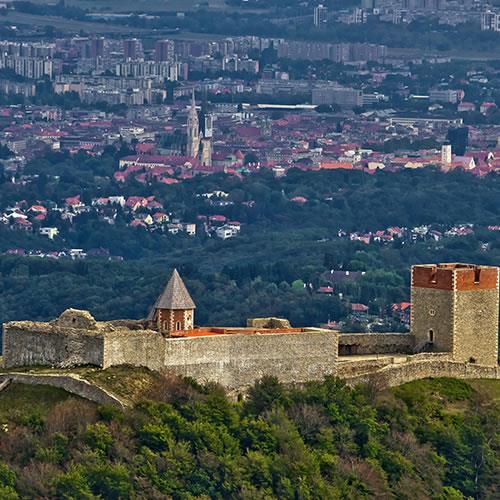 Your Last Day in Zagreb 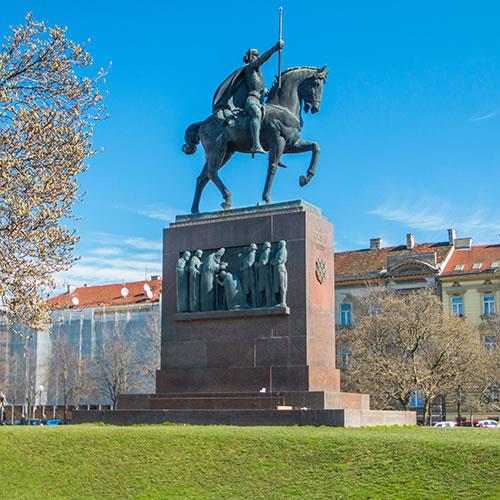