Welcome to the stunning village of Zermatt, home of the legendary Matterhorn! Upon arrival, make your transfer to your destination, arrive at your hotel, check in and do not give in to jet lag! There is so much for you to see and do.

We recommend starting your afternoon in the beautiful old town village of Zermatt. A great way to find out more about this area is to take a tour of the village, which takes a couple of hours and provides great history of the area. Admire the timber buildings dating back to the 16th century, you`ll feel like you`re in an open-air museum, everywhere you turn is stunning. Stop in one of the many charming cafes or restaurants for lunch. You`ll also notice the many souvenir shops and watch shops lining the main street as you explore.

We highly recommend a visit to the Matterhorn Museum to learn the fascinating stories of the early climbers and see how the people here lived in the earlier years. The museum is arranged like a traditional Alpine village, with galleries contained in 14 authentic buildings that were dismantled and rebuilt in this underground space. Outside the museum is one of Zermatt`s most popular highlights, the charming 1906 Marmot Fountain.

In the late afternoon, take a stroll up to one of the main viewpoints of the village to capture the twinkly lights as the day turns into night.

Finish your day enjoying dinner at one of the lovely restaurants in town. Zermatt really welcomes the world when it comes to food. If you don`t feel like eating the traditional raclette, fondue and rosti, you`ll find everything from Japanese, Mexican, Korean, French, Thai, and anything else that may strike your fancy. 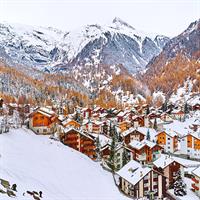 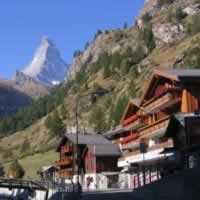 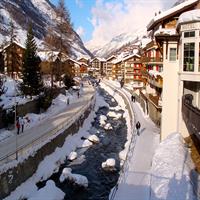 Note: Your itinerary may vary depending on the time of year you visit.

Wake up early today for a walk on the world`s longest hanging suspension bridge. This is a new addition to the amazing things to do in Zermatt. The bridge is called the Charles Kuonen Suspension Bridge or Europabrücke (Europe Bridge) that hangs 278 ft. above the Grabengufer ravine. It takes about 10 minutes to cross and boasts stunning views of the Matterhorn, plus other peaks - the Wisshorn and the Bernese Alps. This is definitely one to be enjoyed in the summer months (open around June to October).

Another fantastic way to spend the day is to take the Sunnegga Express and Underground Railroad up to Sunnegga, a well-known ski area with plenty to do once you get there. You`ll find some prime mountain biking trails here in the summer months. There are winter hiking trails, restaurants, and of course plenty of opportunities for fantastic skiing.

At Sunnegga you can climb onto a four-seater chairlift to a little cluster of farmhouses that make up the resort village of Findeln. Up until 1954, rye and barley were grown on these slopes at a height of 6,889 ft. Findeln wasn`t occupied year-round, but was rather a Maiensäss, and at the start of the summer villagers would embark on a grueling cattle drive to this spot. And during the season they would cultivate grain, make cheese or send the milk back down the valley to be sold. The old barns and farmhouses are still standing, as is the chapel that dates from the 17th century.

During the winter months, skiers (and non-skiers alike) come from all over the world year-round to ride the 15.5 miles from Matterhorn Glacier Paradise to Zermatt, the longest descent on the entire continent of Europe and offers incredible panoramic views not only of the iconic Mountain, but also the surrounding ski slopes. If you don`t plan to ski, there is still plenty of fun winter sports to try such as snowshoeing, skating and tobogganing.

Also part of Matterhorn Glacier Paradise is the Glacier Palace. Take the lift down inside the glacier and you`ll emerge in a magical walkway carved through the ice and filled with ice sculptures. With colorfully illuminated ice cars, dragons, and even an ice throne and slide, the mystical palace is a lovely contrast from the snowy views outside. Before catching the cable car back down the mountain, stop off at the restaurant for a warming hot chocolate or a bowl of soup before heading back to your hotel for a restful night sleep. 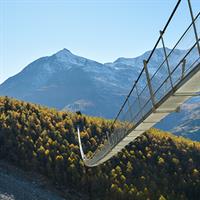 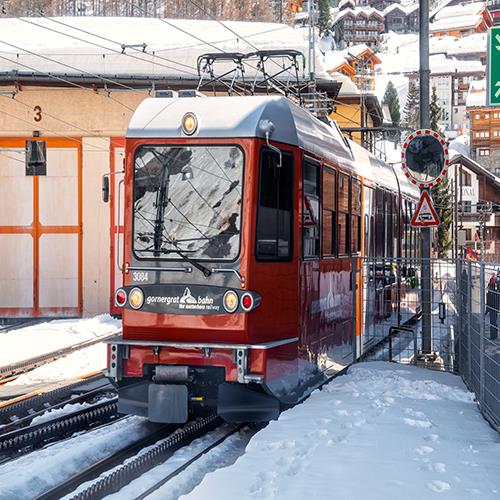 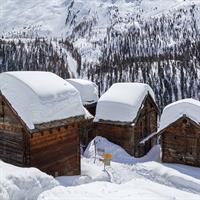 Start your day off with an unforgettable excursion on the highest open-air rack railway in Europe, the train to Gornegrat (Gornergrat Bahn). The train goes 10,134 ft. above sea level through the mountain wilderness where no fewer than 29 peaks rise above 13,000 ft. This railway was laid out back in 1896 when it became the world`s first fully electrified rack line. The trip takes 33 minutes and ventures over ravines and through stone pine and larch forest. The observatory deck at night is magical, and you can even see an igloo village from here!

Alternatively, spend today enjoying a helicopter tour or hand-gliding through the sky. You will find plenty of helicopter tours buzzing around the Matterhorn. It`s a breathtaking view from the ground and absolutely thrilling from the skies! And for the more adventurous, you may want to try paragliding. There are flying schools that offer this experience with their tandem flights. They also give courses for the more daring.

If you`re looking for a more relaxing day we recommend you spend some time unwinding in one of the many top-notch spas and wellness centers in town. These facilities are offered in two dozen Zermatt hotels that allow for outside guests to enjoy. All have saunas, steam baths, heated pools, Jacuzzis (many outdoors) and long menus of treatments for lasting relaxation. Spend a few hours or the entire day indulging in relaxation. There`s something so soothing about looking out at a cold snowy scene from the comfort of a bubbling spa!

Spend your last evening taking in the legendary nightlife of Zermatt. After sports and spa visits, the village comes alive! There are more than 100 restaurants, 60 bars, great live music, countless nightclubs and energetic discos offering something for everyone. 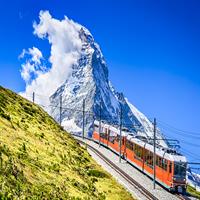 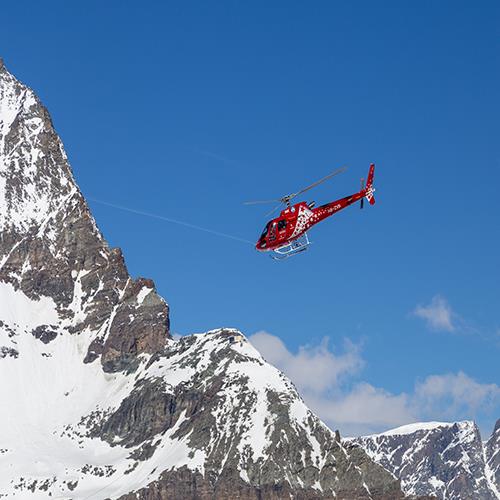 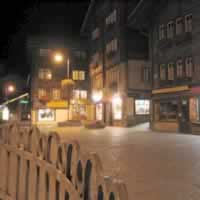 Should you be able to spend additional days in Zermatt we recommend you check out the Schwarszee, `Black Lake` in English. This body of water has a dark surface as it reflects the brooding rock around it. The lake is served by a gondola, which takes only 12 minutes from Zermatt and has been shuttling between these points since 1954. At the Schwarzsee you`ll have the best vantage point for the Hörnligrat ridge on the Matterhorn, which is written into mountaineering lore. Right on the water is the little chapel of Mary of the Snows, where mountaineers still come to give thanks after their descent from the Matterhorn.

We also recommend a visit to Gorner Gorge, located about 15 minutes on foot from Zermatt. This is a wonderful landform that descends rather than rises. Since the last ice age the glacial river, Gornervispe has sliced though the ancient and green-tinged serpentine rock to produce a ravine that continues to deepen. In the 1880`s the gorge was made navigable on foot, and wooden footbridges provide a perfect viewpoint of the tortured rock and the crystalline water below. If you visit in September, try to visit between 4 and 5pm when a strange natural phenomenon takes place, a unique light that gives the water a compelling turquoise glow. 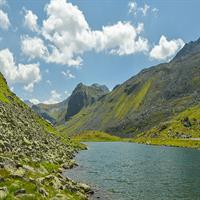 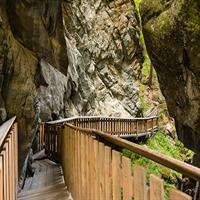 Your Last Day in Zermatt

Depart your hotel for the train station or airport where you will head home or make your way to more Switzerland adventures. Savor the memories of a very special time in Zermatt. 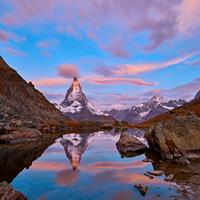