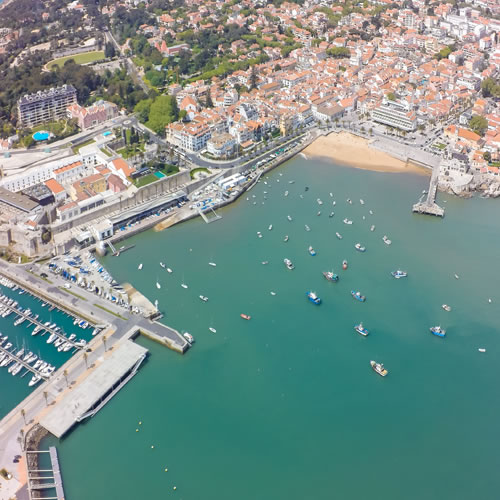 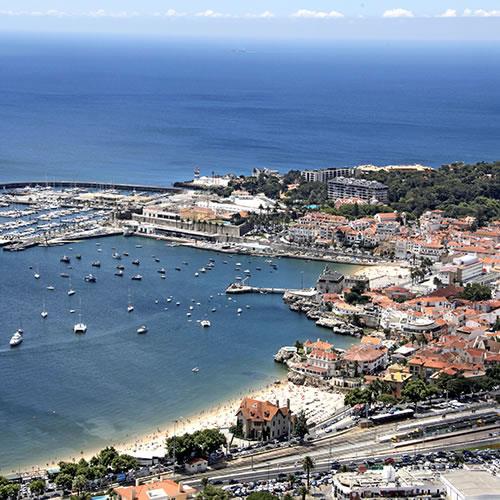 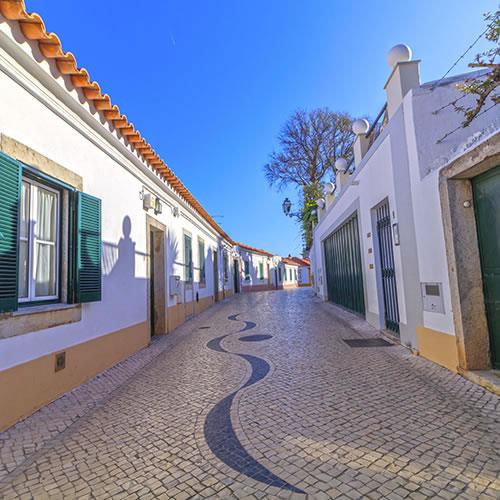 The jewel in the crown on the Estoril Coast, Cascais has grown over the years from a vacation town for Portuguese nobility to a town for well-heeled Europeans of all nationalities. With a population of 206,000, including a thriving expatriate community, Cascais is ranked as one of the top ten richest municipalities in Portugal.

Cascais was first settled as a fishing village. The Romans and the Moors left their marks on the area: the former helped to bring the village to prominence as the home of a large fishing and salting factory, and the latter`s influence can be seen in the names of suburbs such as `Alcabideche`, the birthplace of poet Ibn Muqana al-Qabdaqi in the early 1000s CE, and the current site of the CascaiShopping mall.

Much of the town we see today was cultivated by, and built at the request of, King Luis I, who chose Cascais as his family`s summer holiday destination every year between 1870 and 1908. Cascais was the first city in Portugal to be fully wired for electricity, in 1878. A railway arrived from Lisbon in 1889. His successor, King Carlos I, opened the first oceanographic laboratory in Portugal in Cascais in 1896.

As Casino Estoril transformed neighboring Estoril, Cascais grew as well, in particular during the years of World War I, the years afterward, and then World War II; Portugal was officially neutral during those conflicts. As a result, many of the exiled royal families of Europe chose to live in Cascais, giving the city an air of even more nobility, if such a thing were possible. Members of the Spanish, Italian, Hungarian and Bulgarian royal families lived in Cascais during World War II alone.

Today Cascais is a very popular tourist destination for the moneyed set, who are drawn to the Old World ambience and modern amenities, first-class beaches and shopping, and its art galleries and museums (located in a section of town colloquially referred to as The Museum Quarter). The Avenida Dom Pedro I and Avenida Marginal are the northern and southern boundaries of one of Cascais`s most important plazas, the Praca Doutor Francisco Sa Carneiro. West of the square, the two roads merge and become Avenida 25 de Abril. The main west-east arteries in the southern part of Cascais are Avenida da Republica and Avenida Rei Humberto II de Italia. 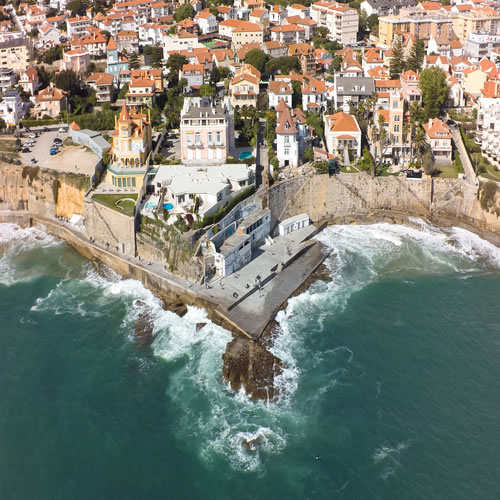 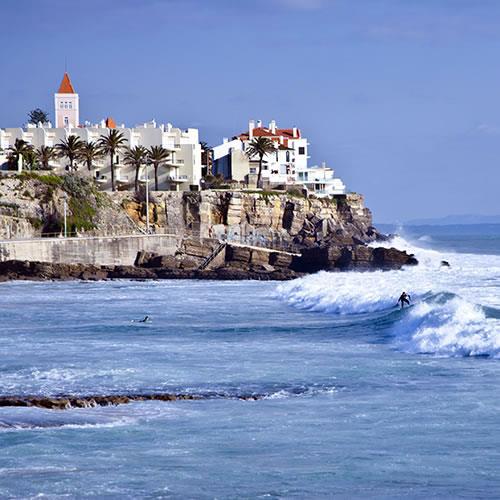 One of the tentpole cities on the Estoril Coast, or as many people like to call the region, the Portuguese Riviera, is the city of Estoril. Estoril is much smaller than Cascais, but it grew and thrived in a similar manner. During the Liberal Wars of the nineteenth century, the Portuguese royal family first discovered the town of Estoril as a place of refuge from Republican forces. Later, during the 1910 revolution, these same royal family members would use the port at Estoril to flee the country.

Estoril was developed as a resort destination for the masses in the beginning of the 20th century. In 1916, Casino Estoril began construction, which was the catalyst for the explosion of tourism in the then-village. By World War II, Estoril became a place for Europe`s moneyed classes to drink, shop and relax; in fact, a number of spies used Estoril as a home base. Ian Fleming`s book Casino Royale, featuring suave spy hero James Bond, was based on the World War II-era atmosphere at Casino Estoril. The Avenida Marginal, which runs through the coastal portions of Estoril, was constructed in the 1960s at the request of dictator Antonio de Oliveira Salazar, who owned a summer house there. 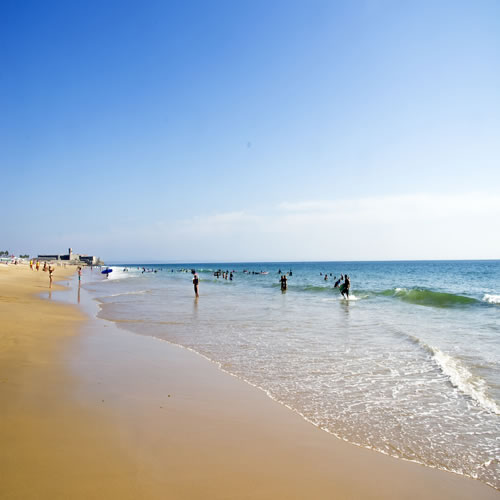 The town of Carcavelos (pop. approx. 20,000) is located approximately 18 miles east of Cascais and 14 miles east of Estoril. When Carcavelos was first promoted as a tourist destination, much of the tourism that led people to the area was centered around the region`s vineyards. Sadly, only fifteen acres of vineyards exist in Carcavelos today, with much of that land in private hands. Carcavelos wine, tawny in color and nutty in taste, is something to be tasted and savored if you do get the chance to sample some.

Carcavelos was the village which housed Portugal`s first telegraph office and telegraph connections, allowing for a quicker connection not just for Portugal with its colonies and with immigrants who moved to North America, but also for the British Empire and its far-flung colonies. The Forte de Sao Juliao da Barra, located at the mouth of the Tagus River, once protected the city from intruders, but later became the summer home of the Minister of Defense, particularly during the Estado Novo regime. Today, tourism in Carcavelos revolves around sunning and surfing. Carcavelos is considered one of the best places on the Estoril Coast for surfers to enjoy waves of above-average heights. 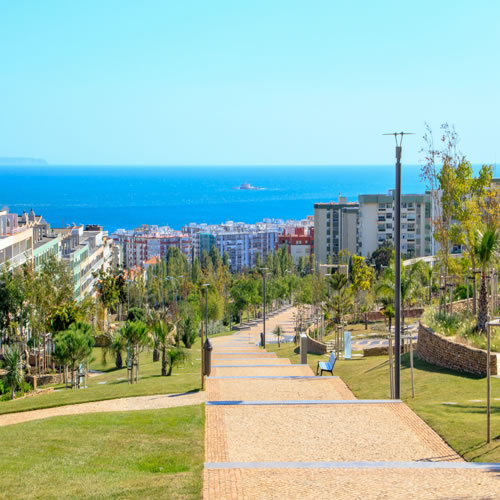 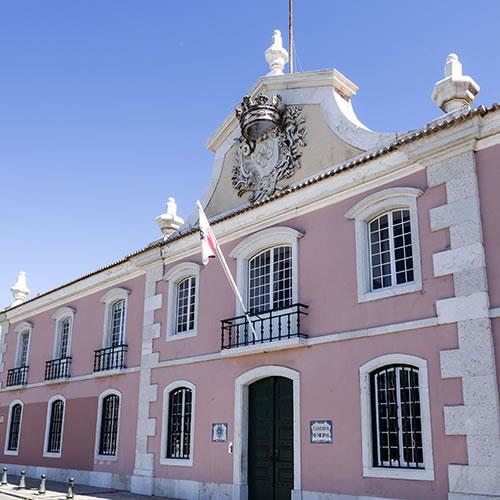 Oeiras, the easternmost city on the Estoril Coast, has actually grown to the size it is today (pop. 172,000) for two reasons. First, many upper-middle and upper-class Portuguese people who work in Lisbon have chosen Oeiras as their residence, making it one of the richest bedroom communities in Portugal. Second, its history as a place for Portuguese nobility to own summer homes was cemented over a century ago, and even today it is still considered some of the ritziest real estate in the country. It has some of the lowest rates of crime in the country, and it also has the highest rate of residents with at least one university degree.

Today, Oeiras has built up its local economy to become more diversified. A number of technology parks, such as TagusPark, have opened in the area, in addition to scientific laboratories and communications companies. Oeiras has been named `Best Municipality to Work` by the Portuguese government, and has also won the EU`s `European Enterprise Award`. Oeiras is perhaps best-known to tourists as the home of the Marquis de Pombal, a pivotal figure in Portuguese history. 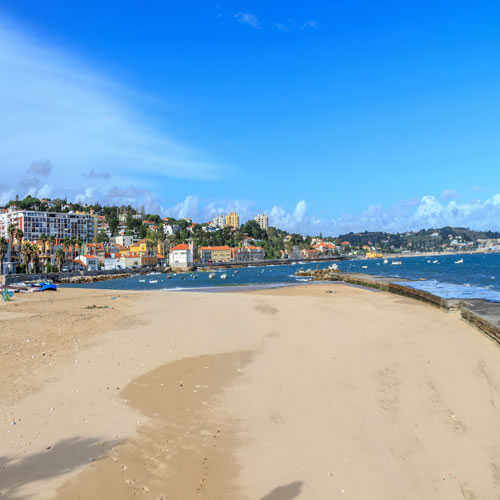 Paco de Arcos (pop. 15,000) is located approximately a mile and a half east of Oeiras, and is bordered roughly by Rua Lino de Assuncao and Avenida Salvador Allende to the north, and Avenida Marginal to the south. You will find a lot of great restaurants on Rua Costa Pinto, southeast of the Igreja do Senhor Jesus dos Navegantes. One of the largest science and technology parks in Portugal is located in Paco de Arcos, and is the Portuguese base for such companies as General Electric and Hewlett Packard.