Welcome to Casablanca! Upon arrival in Morocco, you will go through customs and immigration. Should you opt to purchase a transfer to your hotel; a representative will be waiting for you as you exit immigration. Arrive at your hotel, check in and do not give in to jet lag! There is so much for you to see and do!

Start in the heart of the Old Medina, the historic nucleus of Casablanca, from which point the Roman settlement of Anfa was birthed. On the southern end of the Old Medina, near Avenue des Forces Armees Royales, is the Old Medina Clock Tower. To the north of the Old Medina and a few side streets of souks, Rick`s Cafe sits as part-restaurant/bar/cafe and part-living monument to the 1942 film `Casablanca`, starring Humphrey Bogart and Ingrid Bergman. Originally an old riad, or Moroccan mansion, the owners have re-designed the interior to resemble the fictional expatriate haunt showcased in the film.

Casablanca Marina and the Port of Casablanca sit to the east of Rick`s Cafe. If you travel up Boulevard Sidi Mohamed Ben Abdellah, you will run directly into the Hassan II Mosque. The largest mosque in Morocco and one of the largest in Africa, it is unique in that it is the only mosque in all of Casablanca to open its doors to non-Muslims. The non-Muslims can enter through the Hassan II Mosque Museum, which allows visitors to tour certain parts of the grounds. If you have time, head a mile and a half to the west of the mosque, to an outcropping of cliffs called the El Hank Peninsula. When you arrive, watch the sun set at El Hank Lighthouse, which guides ships to and from the Port. Return to your accommodations at the end of the day. 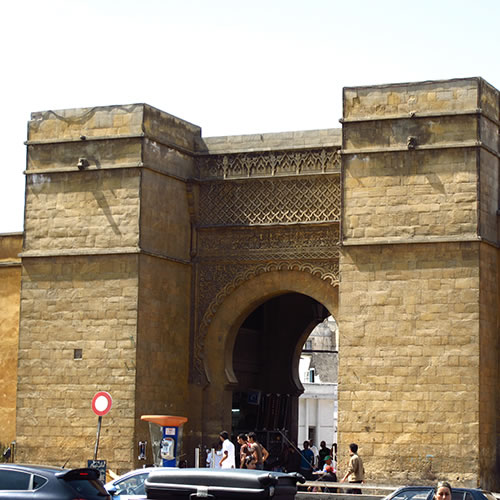 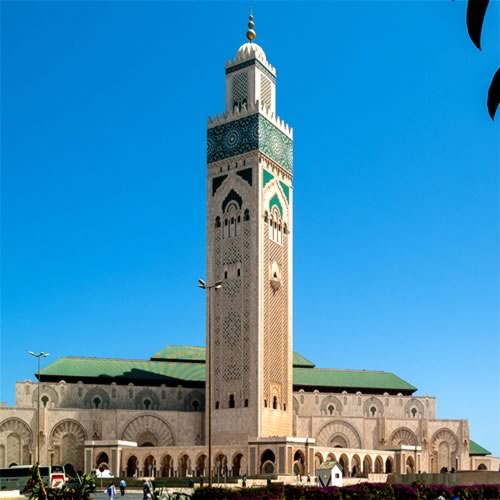 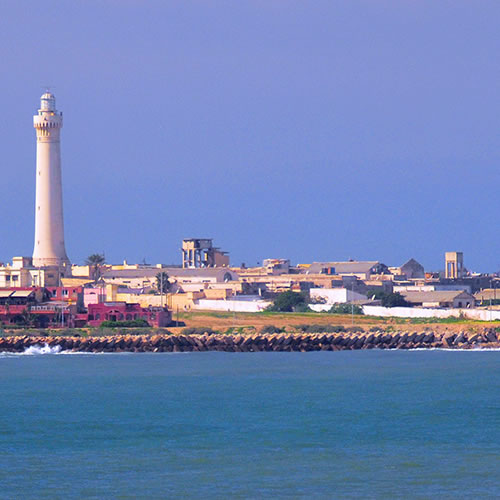 Wake up early and spend much of the morning exploring the local ecosystem via the walking trails and picnic areas of Bouskoura Forest. Tens of thousands of eucalyptus trees are planted in this forest, dubbed `the green lung of Casablanca`. On your way back into town, stop in at the Museum of Moroccan Judaism, the oldest museum of its kind in Morocco, and one of the few museums devoted to Jewish history in the Muslim world.

In the afternoon, stroll the Derb Ghallef neighborhood and its large souk, which has one of the largest secondhand and vintage selections of clothing and merchandise in Morocco. Afterward, find a restaurant in the Habbous neighborhood and eat a leisurely lunch. Keep in mind that Moroccans take lunch very seriously; it is the biggest meal of the day, after all! Near the Place de l`Europe, in the northwestern part of the Habbous neighborhood, there is a modern and stately Catholic church, the Eglise de Notre Dame de Lourdes.

If you can find your way to the Boulevard Mohammed VI, you will find the Royal Palace. Mohammed VI is the name of the current King of Morocco, and the Royal Palace is his official residence when he visits Casablanca. (His full-time residence is located in Rabat.) South of the grounds is the royal mosque, Moulay Youssef Mosque, which can be seen from the outside but non-Muslims may not enter. The Mahkama du Pacha is an ornate building which currently houses judicial and governmental offices, so it isn`t always available for guided tours, but if tours are available, try to get in on one so you can see the sumptuous marble-and-cedar interiors. East of Habbous, on Boulevard de la Grande Ceinture, is the Ben M`Sick Cemetery. Here there is a plaque, the Western Naval Task Force Marker, commemorating the November 1942 invasion of Mohammedia, then known as Fedala.

Close out the day by enjoying a nice dinner and maybe some drinks at a bar or nightclub in the bustling social and commercial district of La Corniche, located west of El Hank. Return to your accommodations at the end of the evening. 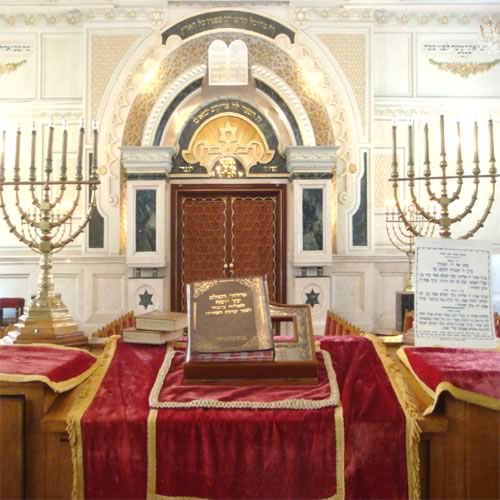 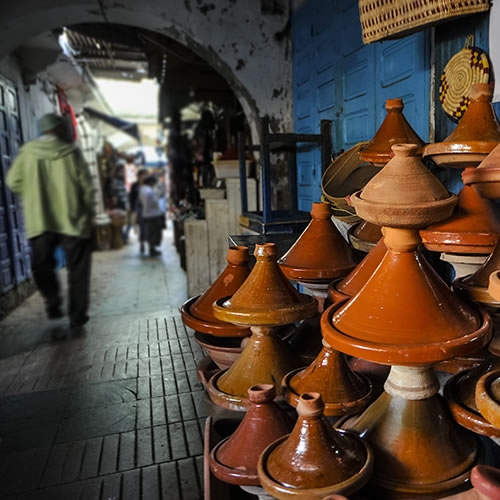 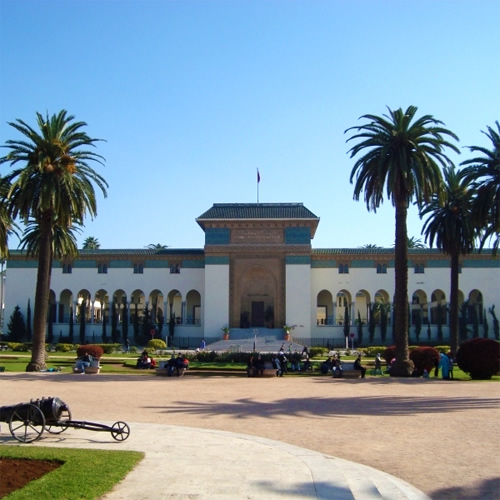 Begin the day with a breakfast either at a patisserie off the one of the main squares in Casablanca, the Place des Nations Unies, or buy pastries and drinks from a patisserie and walk a couple of blocks and enjoy your breakfast in the park. You have two parks located to the south of Place des Nations Unies: the first is Mohammed V Square, and two blocks to the south of that is the largest park in town, Arab League Park. After breakfast, head in the direction of the American consulate and you will see massive, twentieth-century basilica called the Cathedrale Sacre Coeur.

Take the Casa Tramway from the Place des Nations Unies to Ain Diab, where the most popular beach in Casablanca is located. Enjoy some sun while on the sand at Plage Ain Diab, and afterwards you can either visit Parc Sindibad, a theme park which allows visitors to get up close and personal with tigers and lions, or the Morocco Mall, the largest mall in the country and the second-largest in all of Africa.

Go back to the city center and have your lunch made for you! Peruse the stalls at the Central Market in the Derb Omar commercial zone. You can buy fresh meat and vegetables at the market and bring them to a nearby restaurant to have them cooked to order. All you would have to pay out of pocket is the cover charge for the privilege plus drinks. Negotiate a price with the owners and enjoy the delicious Moroccan dish of your choice! End the evening by seeing a film at the Art Deco-inspired Cinema Rialto. English selections are limited, but if you speak French, you will be able to watch the newest award-winning Moroccan movies (some of which are subtitled). Return to your accommodations at the end of the day. 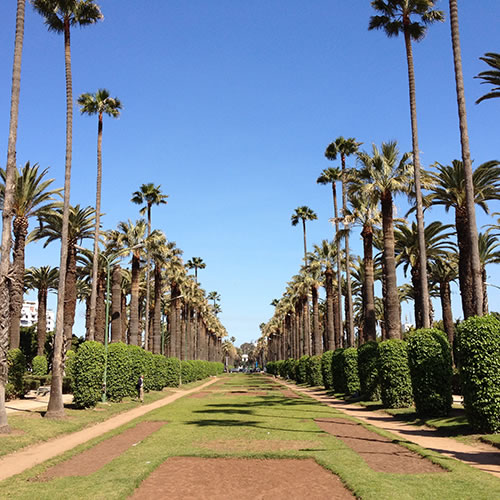 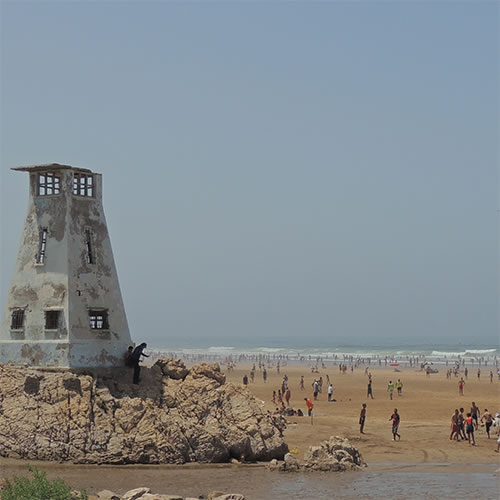 If you have the opportunity to stay in Casablanca for a fourth day, visit one of the more iconic sights west of the Old Medina. Between Plage Ain Diab and the Morocco Mall sits a house belonging to the marabout (holy man) Sidi Abderrahmane. Living on a tiny peninsula on top of a cliff in the 19th century, Sidi Abderrahmane, a religious pilgrim from Baghdad, chose to isolate himself from the world, believing it to be too cruel for him. Word spread of his trek to Morocco and pilgrims came to sleep in his house, which he built and then eschewed because he felt it didn`t bring him close enough to nature and to God. Today, the site of Sidi Abderrahmane`s hermitage is considered sacred ground to Moroccans, who revere the man as a kind of patron saint. Afterward, head to La Corniche and pick a cafe or restaurant to enjoy lunch. If you like, you can head back in the evening to enjoy Casablanca`s heady nightlife one more time.

Mohammedia is a suburb of Casablanca, and you will find that it makes for a fun and interesting day trip. Mohammedia, originally called Fedala, `the favor of God`, has been settled for more than two centuries. At the turn of the 20th century, Fedala was planned as a port city by the French, who believed it to be easier to dock there as opposed to Casablanca. In 1960, King Mohammed V laid the foundation stone at the Samir refinery, which is now the largest oil refinery in Morocco. The town was renamed Mohammedia and the quality of life rose dramatically for locals once the refinery opened. Tens of thousands of people rushed to Mohammedia for financial security and today there are over 200,000 people living there. (By comparison, Casablanca is home to 3.3 million people.) Mohammedia is an exercise in contrasts, with French colonial buildings on one side of town and high-end planned housing communities on the other. 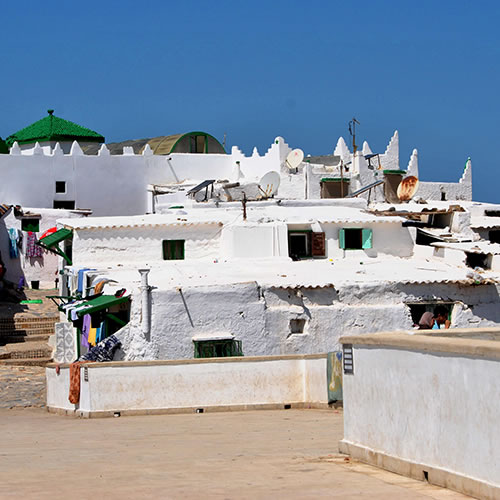 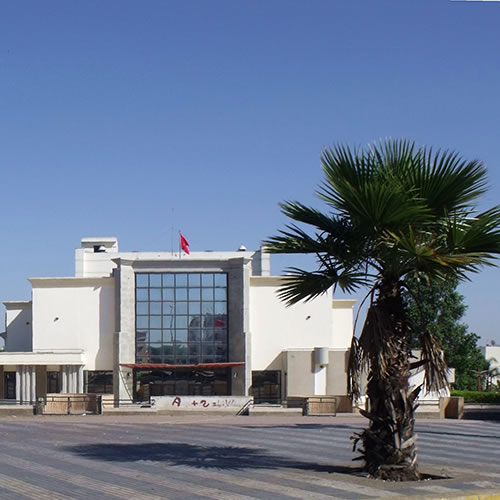 Your Last Day in Casablanca 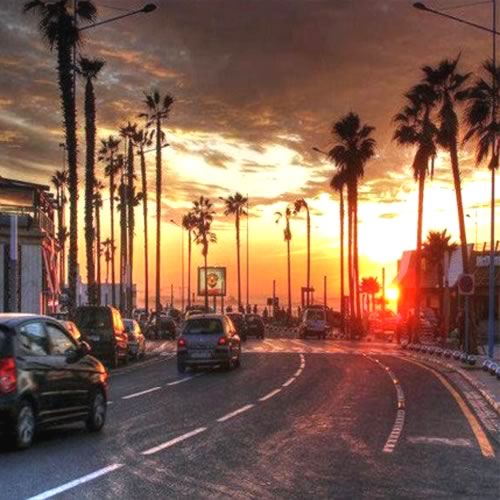