Welcome to Jerusalem, the holiest city on earth! Upon arrival at the airport, you will go through customs and immigration. Should you opt to purchase a transfer to your hotel; a representative will be waiting for you as you exit immigration. Arrive at your hotel, check in and do not give in to jet lag! There is so much for you to see and do!

We recommend you get acquainted with the city, start by exploring the Old City, and enter through the dramatic Damascus Gate which is the main entrance to the Old City of Jerusalem. The Old City is home to several of the greatest religious sites in the world and listed as a UNESCO World Heritage Site in 1981. Explore the narrow streets and the famous four quarters inside the city, the Muslim, Christian, Armenian and Jewish Quarters. The Old City is the most interesting square mile in the entire world beaming with history.

There are coffee shops, cafes, restaurants, and markets located within the Old City, stop in and grab yourself some lunch and a refreshment while taking in the ancient sights and atmospheric surroundings. Also, check out the open-air markets after lunch and pick up some special souvenirs.

Make your way to the City of David, a large archaeological site dating back over 6,000 ago when King David founded the capital and built his palace here. This area is one of the most significant historical sites in the entire city with a large portion lying underground with ancient tunnels and paths that can be explored. The Herodian Channel is a section in the tunnels that is about a mile long and the tunnels bring you out at the massive foundation stones of the Western Wall.

The Western Wall is the most religious site in the world for the Jewish people, according to Jewish tradition all of creation began in Jerusalem and King Herod built the wall back in 20 BCE. The massive wall made from blocks of stone that measure up to 45 ft long and weigh almost 600 tons each supports Temple Mount. Thousands of visitors come to the wall every year where they can recite prayers; the prayers are either spoken or written down and then placed in cracks in the wall.

As evening time approaches, enjoy dinner at one of the many restaurants found in the Old City or on the outskirts where you can enjoy a traditional Israeli cuisine. After dinner head over to The Tower of David (western side of the Old City, near Jaffa Gate) where the popular Night Spectacular Sound and Light Show takes place twice in the evening. The show lasts for 45 minutes and illuminates the ancient city walls through a celebration of light and sound where the story of Jerusalem unfolds. 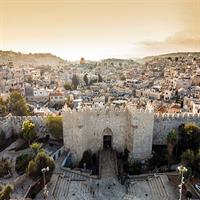 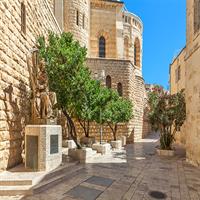 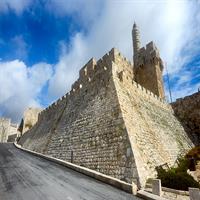 Begin your day with a hot cup of coffee at one of the many coffee shops and sidewalk cafes located in the city. Breakfast is a staple in life for the locals, and sitting down for coffee and breakfast is a way of bringing people together. You can enjoy any kind of coffee; the most popular are Turkish and Black along with freshly baked bread, croissants, and pastries.

After breakfast, make your way to the Dome of the Rock or Qubbat Al-Sakhra (Arabic), the shrine on Temple Mount (entrance for non-Muslims is located between Wailing Wall and the Dung Gate) which dominates the city`s skyline. The large golden dome with dazzling blue mosaic walls sits opposite the Al-Aqsa Mosque and is one of the most recognized landmarks in Jerusalem. A UNESCO World Heritage Site labeled as the most amazing Islamic building in the world and a very sacred religious site for Jewish, Christian and Muslim people. There are about 100 structures found within Temple Mount which covers 35 acres of land featuring prayer spots, domes, gardens, and fountains. Wander around and take in the beauty of the stunning architecture of the buildings and absorb the culture and history the area has to offer. Non-Muslims cannot enter the temples. Temple Mount is closed on Fridays.

After a busy morning of exploring grab some lunch from one of the open air markets found in the Old City where plenty of tasty street food is on display. Fuel up with some traditional hummus and pitas or try some falafel or halvah.

Next, make your way towards the Christian Quarter to the Church of the Holy Sepulchre. The church was established in the 4th Century and according to tradition is the site where Jesus was crucified, buried and resurrected. Inside the fascinating church, which is one of the holiest sites in the world to the Christian religion is the location of the tomb of Jesus Christ.

Wind down your day at the breathtaking peaceful area of Mount of Olives, one of three mountainous peaks the run for over 2 miles just east of the Old City in the Kidron Valley. The area holds spiritual significance and is said to be where mankind will be resurrected on Judgment Day. Most of the sites found on Mount Olive, which was named after the olive groves that once covered its slopes are connected to Christianity and Jesus` last days on earth, where the room of the Last Supper and the Ascension Chapel are both located. The views from Mount of Olives are simply breathtaking and even more so at sunset, the mount sits higher than the Old City so you can watch the sun sinking down and reflecting on the buildings which are truly a spectacular (and one of the most photographed) sights in the world.

After enjoying sunset make your way to the city center for dinner at one of the many chic restaurants, open air cafes and bars found in the heart of Jerusalem. The lively upbeat city center is packed with nightlife options especially around Jaffa Street, Zion Square and the Machane Yehuda Market which all offer a unique nightlife set in historic stone buildings with stunning backdrops. 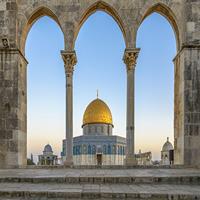 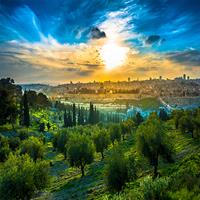 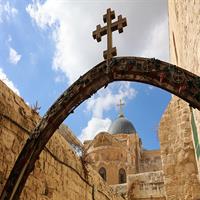 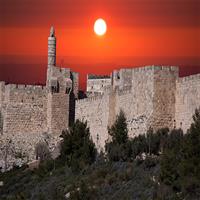 Start your day off with a trip to `The Shuk` Mahane Yehuda Market, which is the most famous market found in the heart of the city. This wonderful marketplace is bursting with people where over 250 vendors sell fresh produce, fresh meat and fish, nuts, cheese, spices and freshly baked goods. The vibrant sights and delicious smells fill the streets where you can shop for anything and everything. Enjoy fresh coffee and fresh pastries for breakfast and wander around, grab some items for a picnic to enjoy later on in the day.

Make your way to the fascinating Israel Museum, the largest cultural institution and museum in Israel. Established in 1965 the museum is a must-see while visiting Jerusalem, it is ranked amongst the world`s leading art and archaeology museums and packed with famous finds such as the infamous Dead Sea Scrolls, its prized possession housed in the unique Shrine of the Book building! The museum holds an extensive (over 500,000) collection of Holy Land, Judaica art, and artifacts that date back over 5,000 years.

Head over to Mount Herzl or Mount of Remembrance, named after Theodore Herzl, the founder of modern Zionism and the site where he is buried. The mountain is the site of Israel`s National Cemetery and the tranquil Jerusalem Forest. Explore the quiet grounds and enjoy your picnic in the forest while surrounded by nature and some great views. The `Yitzhak Rabin grave` and the `Theodore Herzl Museum` can be found on site.

Just down the slopes from Mount Herzl is Yad Vashem Museum, the country`s largest Holocaust memorial site, a somber site dedicated to preserving the memories of the dead. The amazing museum opened in 2005 and boasts nine exhibits that lead you on a journey through history. The Hall of Names contains over 3 million names of the Holocaust victims, The Hall of Remembrance where ashes of the dead are buried and the eternal flame burns and the Yad Layeled Hall commemorating the 1.5 million Jewish children who perished during the Holocaust. This place gives you a real perspective on history and life in general.

On your last evening in the city make your way to `The First Station` a refurbished train station in the heart of the city featuring an outdoor mall, amazing restaurants, children`s activities and live entertainment. The area has fast become a foodie`s haven in the city. 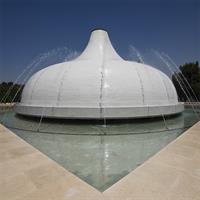 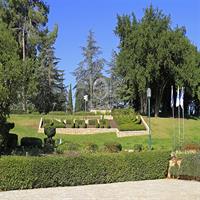 Should you be able to spend additional days in Jerusalem visit the Rockefeller Museum, an archaeology museum housing a large collection of ancient artifacts discovered during the excavation conducted in Mandate Palestine during the 20`s and 30`s.

The Pool of Siloam is a rock-cut pool that fed waters to the city from Gihon Springs built during the reign of Hezekiah. This is where Jesus performed a miracle on healing a blind man (John 9:1-11), the pool was re-discovered in 2004 during excavation work.

The Palestinian Heritage Museum is set in a 200-year-old Ottoman building and hosts permanent and temporary exhibitions that display Palestinian culture, folklore, and history with traditional costumes and jewelry. There are a library, a workshop and a coffee shop on site.

The Tisch Family Zoological Gardens is a popular zoo covering 62 acres of land famous for its Afro-Asiatic collection of wildlife with over 170 species of animals spread throughout the park set up like a wildlife savannah. 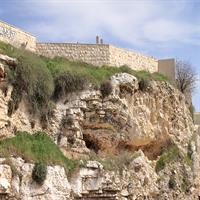 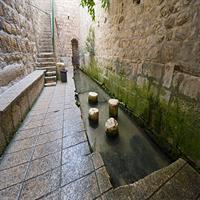 Your Last Day in Jerusalem 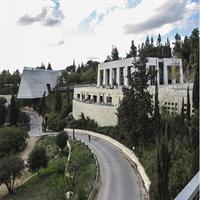