Albufeira (pop. 13,000) was first occupied by the Romans, but it was the Moors who gave this area the name it carries today. The Moors, who conquered the area in the year 716, were so impressed with the town built on a hill and the lagoon and beach below it that they christened it `al-Buhera`, the `castle on the sea.` The Romans, Arabs and Portuguese all made their mark on this beautiful city, the fourth-largest in Algarve West (after Portimao, Quarteira/Vilamoura, and Lagos). Albufeira is perhaps best-known for its status as a sun-and-fun resort destination, bringing over 300,000 people to the city every year. The historic Old Town is jam-packed with buildings many hundreds of years old. The epicenter of tourist life in Albufeira is called `The Strip`, a road where lots of shops, restaurants and bars are located. 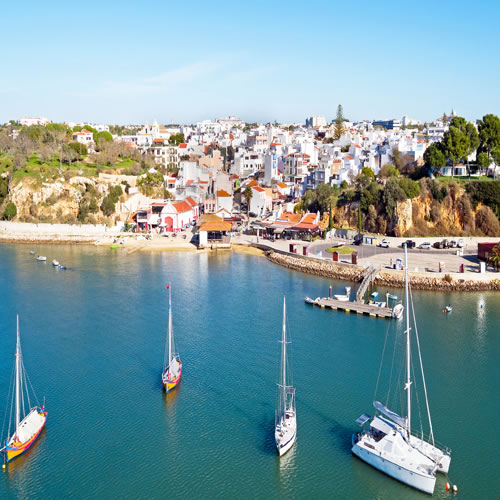 Alvor is a parish (`freguesia` in Portuguese) located in the city limits of Portimao. Functioning as its own village with a small level of involvement from politicians located in Portimao, Alvor has a population of roughly 6,000. It was founded by Hannibal of Carthage in the year 436. It grew in time as a Celtic castro, ultimately falling into the hands of the Moors by the eighth century CE. Its current name is taken from the Moorish conquest, when the conquerors renamed the area `Albur.` (Its original name was `Portus Hannibalis`.) The dawn of the thirteenth century brought Alvor under Portuguese control. Until the late fifteenth century, Alvor was considered an epicenter of Jewish life in Portugal. Alvor is known for its Medieval castle, built on the site of the former castro, and its picturesque beach located near the mouth of the Alvor River. 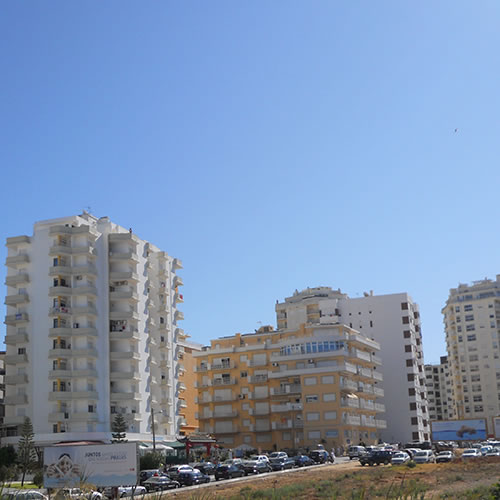 Armacao de Pera (pop. 4,800) is a small fishing town located a mile from the village of Pera and thirteen miles southeast of Silves. It is perhaps best known as being the site of the annual International Sand Sculpture Festival. Located on a bay between the Pont da Gale and Forte de Nossa Senhora da Rocha, Armacao de Pera has two beaches, multiple resorts and condos, as well as some good nightlife options. Armacao de Pera is one of the few beach towns to not have its own marina, so you can see fishermen`s boats up close as they depart and arrive on the shore. 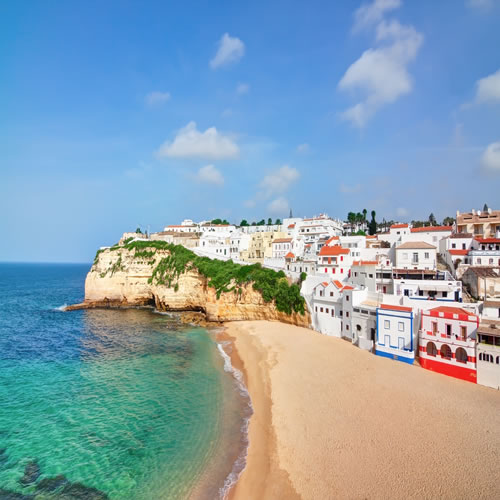 Carvoeiro (pop. 2,700) is built mostly on a flat hillside and cliff face overlooking the crystal blue Atlantic. Its fortunes were once tied to the fishing industry, but since the 1960s, Carvoeiro grew into a popular beach destination, with a wide shoreline situated on a small bay with cliffsides surrounding both edges. Of particular note along the Carvoeiro coast is Algar Seco, a grotto known for its dolphin sightings. 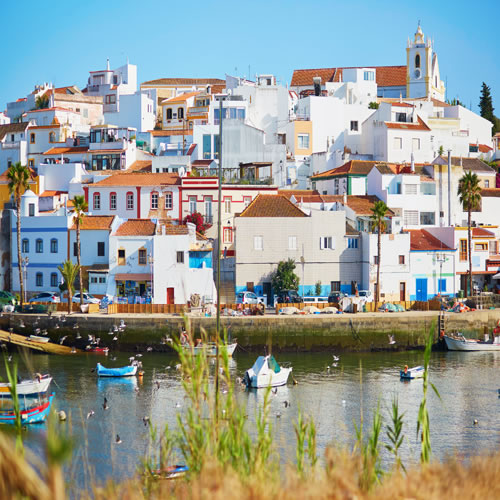 Ferragudo (pop. 1,900) is located across the Arade River from Portimao, and is considered a suburban `bedroom community`, in which most inhabitants cross the bridge daily to work in Portimao. Tourists will find the Forte de Sao Joao do Arade of particular historical interest, and is the main point of interest for travelers crossing the river from Portimao. 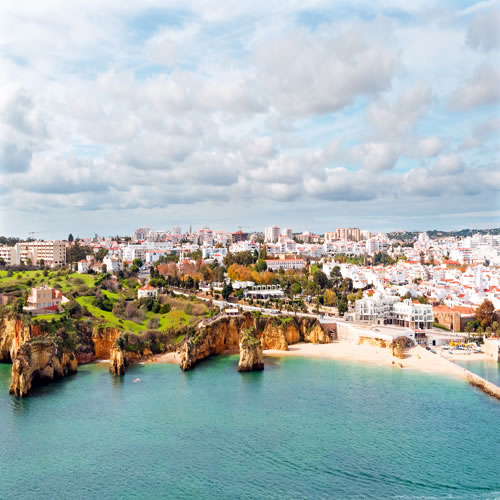 Lagos (pop. 22,000) is located at the mouth of the Bensafrim River. Most of the people who live in Lagos work in the tourism industry, and the population of the city and environs tends to double due to the introduction of tourists and summer residents. For many, Lagos represents the Golden Age of Portuguese Discovery, which began in the fifteenth century. During that time, Henry the Navigator used Lagos as a home base to conquer such longtime Portuguese holdings as Madeira and the Azores. Today Lagos is known as a place to have fun in the sun. The rock formation Ponta da Piedade, located right on the water, is a tourist attraction in its own right, in addition to the city`s tenth-century brick castle and the seaside port built along the Cais da Solaria. The city`s name comes from `Lacobriga`, a Celtic settlement which flourished in the area in the two millennia before the Common Era.

Portimao is the most populous city in the Algarve. Portimao`s recent population growth has been explosive: 45,000 people live in Portimao, compared to 18,000 in 1970 and 31,000 in 1991. The area that is now Portimao was first settled by the Conii, a prehistoric tribe which lived in the Algarve in the centuries before the sixth century BCE. Portimao is located on the mouth of the Arade River, and the sea has been integral in the city`s expansion. It was once known for its fishing and shipbuilding, but today the tourism industry dominates. Originally called Vila Nova de Portimao, the name was shortened as it officially became a city (`cidade` in Portuguese) in 1924. One of the major beaches in all of the Algarve, Praia da Rocha, is located to the south of downtown Portimao. 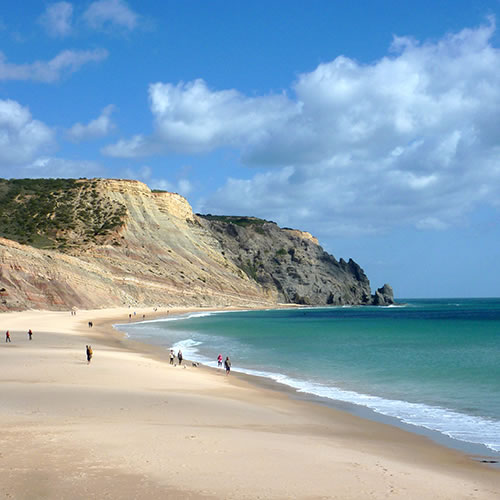 Although it is known by names such as `Luz de Lagos` and just `Luz`, these names are synonymous with the popular tourist destination of Praia da Luz (pop. 3,500). Along with Praia da Rocha, Praia da Luz started out as a fishing village which now serves luxury and high-end tourists from the Iberian Peninsula, continental Europe, and now the United States. Praia da Luz`s tourist industry grew slowly, only passing fishing as the town`s main money-maker in the 1980s. Many fishermen in Praia da Luz also work part-time at the hotels and restaurants that now dot the coast.

Praia da Rocha, the beach adjacent to the Algarve`s second-largest city, Portimao, is the oldest resort destination on Portugal`s southern coast. Praia da Rocha`s rise as a tourist destination began in the 1920s, as Portuguese people wanted a beach destination where they could spend their summers. As the fifth generation of tourists are enjoying fun in the sun in Praia da Rocha, its allure has finally caught the attention of Americans wanting a new and exciting beach vacation experience. The Praia da Rocha Boardwalk stretches across the back sands of the entire length of the beach, ending at the east near the Fortaleza de Santa Catarina. 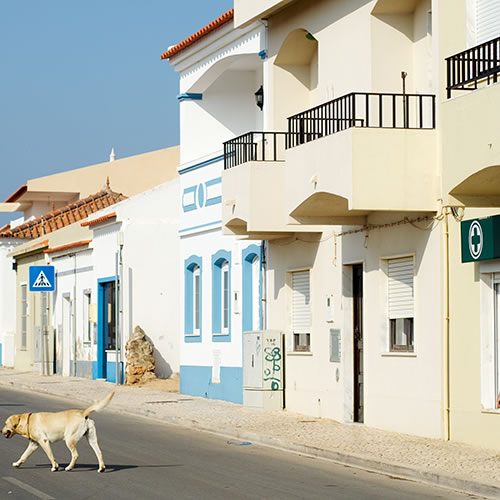 Sagres (pop. 1,900) is a town located in the municipality called Vila do Bispo, and is the southwesternmost town in Portugal. It was inhabited from the time of the Phoenicians, who believed their gods gathered to make decisions for humanity on the coastline. Henry the Navigator set sail from Sagres many times during his exploration of Madeira, the Azores and Africa, and was even appointed the town`s mayor for the last three years of his life. Of particular note are the geographical formations Sagres Point, Cape Saint Vincent (the southwesternmost point in Portugal), and Torre de Aspa (a 450-foot vantage point above the town). 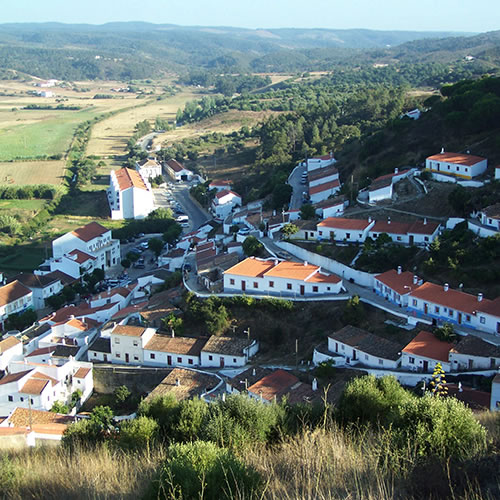 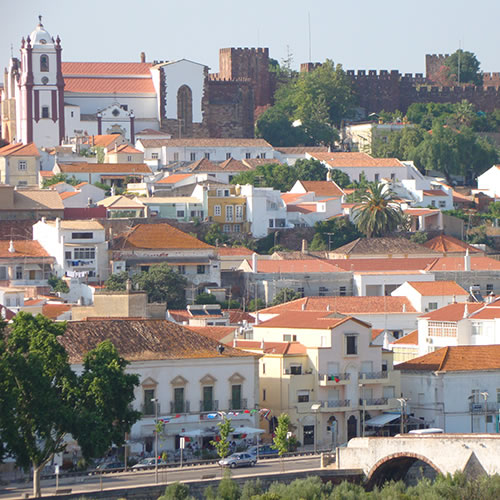 Although you may not know it on first glance, Silves (pop. 11,000) was once the capital of the Algarve region. First inhabited in the Paleolithic Era, Silves became a settlement of importance when it was conquered by the Moors in the early eighth century. It became part of the Emirate of Cordoba, and Silves (then named `Shilb`) was proclaimed the capital of the Province of Al-Gharb (now the Algarve region of Portugal). After 1242, when Silves transitioned to Portuguese rule, its importance became secondary to Faro, the region`s new capital. Today, this gem on the Arade River features one of the most beautifully-preserved Moorish medinas in Portugal. Silves is built on a hill, and the city`s namesake castle is located at the highest point.