Welcome to Rothenburg ob de Tauber! Upon arrival, you will go through customs and immigration. Make your transfer to your destination, arrive at your hotel, check and do not give in to jet lag! There is so much for you to see and do.

Begin the afternoon by exploring the historic old town, with many remains still intact, the charm of the city will make you feel as if you stepped back in time - there`s a thousand years of history packed between its cobbles. Walk the 1.5 mile city walls to get an idea of the town horizon and the medieval structures in the city, as well as to explore the remaining guard towers. This walk also offers excellent views and photographic opportunities.

Enjoy some lunch at one of the restaurants within the walls. Rothenburg is in the Mittelfranken (Middle Franconia) area of Bavaria, make sure to try the tasty Franconian fare and regional specialties like Nürnberger Bratwürste or Fänkische Sauerbraten (prepared without raisins and thickened with ginger bread, unlike the dish in other areas of Germany).

After a pleasant lunch, walk around town, enjoying the picture-perfect streets. If you prefer having a guided tour, there are daily guided tours at 2 pm offered through the city.

Head over to the Rathaus (town hall), located in the center of the old town, this is a beautiful example of renaissance architecture. The back of the building is the oldest section from 1250 and displays a Gothic style and the impressive façade was added in 1572. Climb the 200 foot tower to enjoy stunning views of the town and Tauber river.

End your afternoon at the Käthe Wohlfahrt, this global brand has its headquarters here (Herrngasse 1) with three floors underground of ornaments and décor. Visit the Christmas Museum which is also housed here, providing a unique collection of tree decorations through the ages including the first Advent calendars and antique Christmas cards.

As night falls, take a walk through history with the Nightwatchman Tour that leaves from market square. Discover all the wonderful secrets of the city as you travel to key points in history. The tour is full of fun and eerie stories as you learn of medieval life, street culture and fascinating stories about the town of Rothenburg.

After a busy day of sightseeing, enjoy a relaxing dinner before heading back to your hotel for a good night rest. 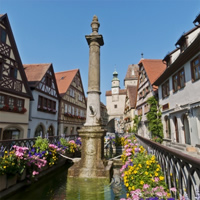 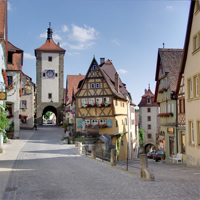 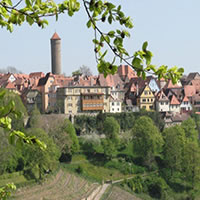 Wake up early, grab a coffee or breakfast at a cozy café, and prepare for a day of more sightseeing. Make your first stop at Saint Jacobs Church, an impressive protestant church that stands high above the city offering beautifu architecture. The church contains a famous altar as well as pictures of The Last Supper and other Biblical stories. The stained glass windows are impressive and the church also has a connection with Galicia in Spain, through the medieval route of pilgrimage called The Way of Saint James.

Other churches that are worth a peek if you are interested in old churches, are the 14th century Franciscan and the 15th century Gothic St. Wolfgang`s Church. Rothenburg also has an interesting (although not very positive) Jewish history and is actually supposedly home to the only remaining Jewish late medieval street in Europe (Judengasse). If you are interested in the Jewish history of Rothenberg, there is a good Jewish exhibit at the Reichsstadt-Museum.

The two major museums in the city are the Imperial City Museum and the Crime Museum. Make sure to pay a visit to either one, or both. The Imperial City Museum, located in a former Dominican nunnery, offers insight into the city with displays and artifacts of life in the convent, including a glimps at the historic living quarters. The Medieval Criminal and Justice Museum covers the many different forms of punishment over the last 1,000 years. Often brutal, sometimes funny, this actually started as a private collection. Prepared to be wowed (and horrified) by the 50,000 exhibits. You might also want to visit the Craftsman`s House for a look at everyday medieval life for craftsmen set in a house originally built in 1270.

In the warmer months, it is worth a visit to the Old Castle Gardens. Laid out on the site of The Imperial Castle of Rosenburg that was destroyed in an earthquake in 1356, the garden has a variety of flowers, well preserved lawns and interesting sculptures.

End your afternoon with a walk around the city walls for some beautiful views and enjoy the rest of your day shopping, or enjoying a few glasses of Franconian wine! Try a schneeball, which in English translates to snowball, for a sweet treat. It`s a typical sweet pastry of the region, sugar coated friend dough.

Wind down your day enjoying some tasty Franconian fare before heading back to your hotel for a restful night sleep. 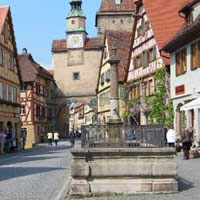 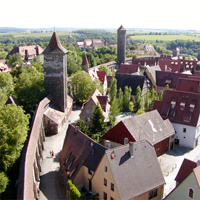 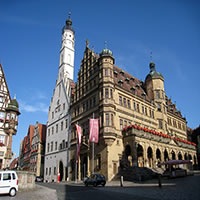 Should you be able to spend additional days in Rothenburg ob de Tauber, we suggest you take a hike or bike ride of the areas surrounding Rothenburg. The city is surrounded by numerous paths and trails for the outdoor enthusiast. The Rothenburg Hiking Trails all offer varying distances and difficulties to take you around the town, up to the Frankenhohe and into the Tauber valley. There are 13 main hiking trails to choose from, as well as numerous side trails, including the water management educational trail in the Schand - tauber valley, at various mills in the Tauber valley as well as on the rock and wine varity educational trail at the Rothenburg vineyard.

If biking is more your thing, we suggest a cycle along the Romantic Road. There are a number of connected cycle paths away from the busy main roads. A section from Rothenburg through to Norddlingen covers the `big three` walled medieval towns. There are some beautiful scenic options, with the Alps rising in the distance and the attractions of Neuschwanstein castle in its mountain setting at the end of the journey.

The Romantic Road near Rothenburg is an enchanting and sparsely populated area, beautiful to drive as well, that contains many historical landmarks, including a palace with the best Baroque garden in Germany. Further south at the foot of the Alps is where the region offers impressive views of mountains and also sports activities like hiking, and sailing, as well as luxury hotels. 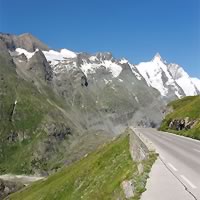 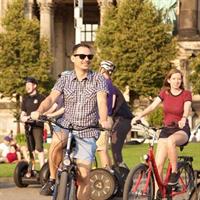 Depart your hotel for the airport or train station where you will head home or make your way to more European adventures. Savor the memories of a very special time in Rothenburg, the old Bavarian Imperial City, on the banks of the River Tauber. 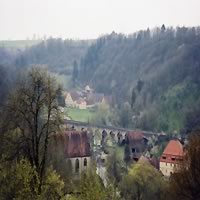