Welcome to Dijon! Upon arrival, you will go through customs and immigration. Make your transfer to your destination, arrive at your hotel, check in and do not give in to jet lag. There is so much for you to see and do!

Begin the afternoon by grabbing an Owl Trail booklet from the tourist office (there`s a small charge, but worth it) to get acquainted with the city. The booklet maps out various walking trails throughout the city taking in the major sites and the layout. It`s also good to wander off the trail in Dijon, there are lots of winding narrow streets and grand houses. Take in the variety of Medieval and Renaissance buildings that decorate the city`s historic heart as you explore.

While getting your bearings of the city, don`t forget to stop in one of the many cafes and restaurants in the town. For a great view pick one of the cafes in the Place des Ducs. Enjoy a leisurely lunch while taking in the atmosphere before you head out to explore the streets of town some more.

Spend the remaining part of your afternoon exploring the Palace of the Dukes, the original residence built against the Gallo-Roman castrum and the Roman influence is evident in the style of architecture. Since 1799 the Palace has been home to the Museum of Fine Arts (Musee des Beaux-Arts de Dijon), one of the oldest and most beautiful museums in France. Explore the museum to discover the encyclopedic collection of fine works of art ranging from Egyptian to modernist 20th-century. Make sure to find time to climb the 316 stairs of the 160 ft Tour Philippe le Bon. The tower offers the most spectacular views of the city and surrounding areas once you reach the top.

As night falls, enjoy the dinner at one of the many restaurants in town. Dijon has an excellent gastronomic reputation, so finding a great restaurant shouldn`t be a problem to enjoy some of the unique French delicacies offered here. 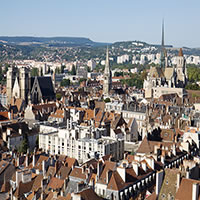 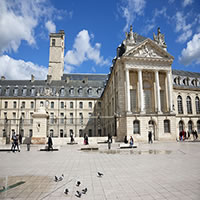 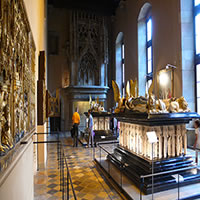 Wake up early and start your day in the medieval heart of the city. The historic heart of Dijon is dominated by Place de la Liberation - an enormous semi-circular square, lined with cafes, which was built to showcase a statue of Louis XIV. Grab a baguette and an espresso before a packed day of sightseeing.

After breakfast, grab a bike at the nearest Velodi bike station and head to one of the cycle paths in town. There are 11 miles of cycle paths alongside the tramway, but the streets are already bike-friendly as well. The Burgundy Canal is another area great for biking or strolling. The Canal winds along the southern edge of the town and is just a short detour to the outskirts of town to visit the port. If you have a copy of the Owl`s Trail, the Moses Loop will take you in the right direction.

After an active morning, spend some time relaxing at one of the outdoor cafes indulging in a little people-watching. Place Emile Zola is a great spot, crammed with cafes with many options to choose from. Place Francois Rude is also a lively spot near the medieval heart of town with its little carousel and surrounded by cafes and bars that spill out onto the pedestrianized square. Both places offer a great ambiance to unwind over a delicious meal.

Continue to explore the interesting sites of Dijon. Head over to the Les Halles, Dijon`s main covered marketplace. It might even look a bit familiar as it was designed by a famous son of Dijon, Gustave Eiffel who went on to design the iconic Eiffel Tower in Paris. Spend some time enjoying the local smells, sounds and delights of the city such as jambon persille (ham terrine with parsley), volaille de Bress (chicken from Bresse) and escargots -including a snail cake terrine that is special to the area. Market days are Tuesdays, Thursdays, Fridays and Saturdays.

Marvel over the elaborate façade at the Church of Notre Dame. Built between 1230 and 1250; the exterior is decorated with 5 gargoyles, representing the struggle between good and evil. Inside, there`s a wooden Virgin Mary from the 11th-century, one of the oldest in France. On top of the church is a 14th-century clock known as `Jacquemart` with four figurines that chime every quarter of an hour.

Outside the church are a small stone dragon and a small stone owl. It is considered good luck to rub the owl with your left hand (closest to your heart) and make a wish.

Don`t forget to stop at the many mustard-tasting shops, like the famous Maille, to sample the delights for free. Breadsticks are provided alongside a wide array of mustard flavors.

After a day of sightseeing, relax with a kir, served at virtually every bar and café in Dijon. This typically Burgundian aperitif is made from crème de cassis (blackcurrant syrup) and aligote (a Burgundian white wine). For dinner, you may want to indulge in one of the award-winning Michelin star restaurant in the area; there are no fewer than 29 Michelin star restaurants in Burgundy. 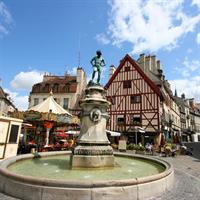 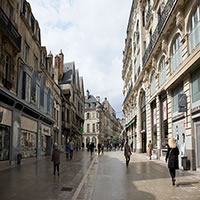 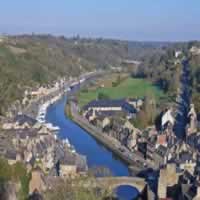 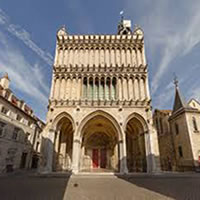 Take the morning to check out a few more of the interesting sites in town. The Museum of Burgundian is a great place to start. The museum reproduces Burgundian history and stories from the origins to modern time. Spread over three floors, the museum contains an interesting collection of both rural and urban Burgundian costumes, furniture, and household objects. Other attractions in the museum include a library and information center about topics of 19th-century rural Burgundy, traditional crafts, and trades and industries of the region.

Alternatively, spend the morning at Musee Magnin, a museum which occupies the 17th-century Hôtel Lantin, one of the most beautiful hôtels particuliers (private mansions) in Dijon. The museum offers an extensive collection of paintings, designs and objects, primarily French works of art, which belonged to two passionate art collectors - Jeanne and Maurice Magnin. The collection of French paintings includes 650 pieces, most created between 1640 and 1660, and 19th-century works (created between 1820 and 1850).

In the afternoon, head out of the city center and make your way to the Well of Moses, a stone-cut masterpiece, designed by Dutch artist Clause Sluter between 1395 and 1403. It represents a unique example of church architectural embellishment combining northern gothic and elements of northern realism. Including a huge crucifixion scene with six prophets predicting the death of Christ, this sculptural work revives one of the main stories of religious history.

Spend the remaining part of your day at Kir Lake. The beautiful lake is located in the south of Dijon and named after the major of Dijon during 1968. The lake offers many activities in the area and also is lined with beaches providing a perfect place to get away from the hustle and bustle of the city center. 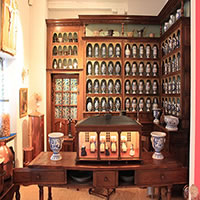 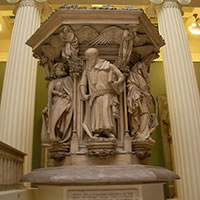 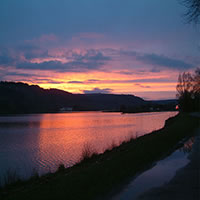 Should you be able to spend additional days in Dijon we recommend you take a visit to some of the Cote de Nuits Vineyards. The area is known as one of the predominant wine regions in France, producing vintages of all kinds. Group tours introduce a selection of the local wineries and plantations in order for visitors to sample and learn about the best the wine market has to offer in its freshest form.

An easily accessible day trip from Burgundy would be to head to the Burgundy wine town of Beaune, about 30 miles from the city center. It`s a beautiful ride through small Burgundy towns and vineyards. Here you can visit the wine caves to find your favorite, visit its small but excellent museums, be sure to see the Hotel Dieu (Hospices de Beaune) with its multi-colored roofs, the fallot mustard factory, and end your visit with a stroll along the city wall. 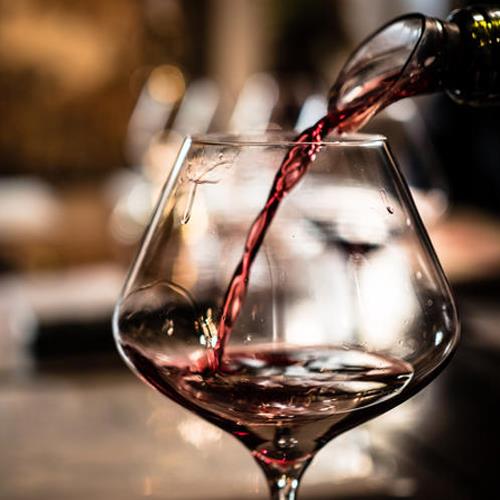 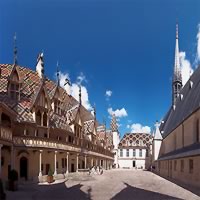 Your Last Day in Dijon

Depart your hotel for the airport or train station where you will head home or make your way to more European adventures. Savor the memories of a very special time in Dijon in the Cote d`Or. 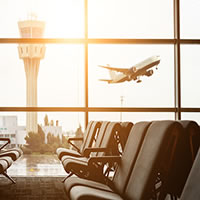