The winter months in Belgium can be rather wet and chilly. Temperatures are lowest in December and January, with an average temperature of 42°F. Winters at the coast are rainy and often times the canals and lakes freeze over inland (in places like Bruges and Ghent) making it easy for ice skating rinks to be formed. Depending on how cold it gets, snow may bring out cross-country skiers, and even downhill skiers to the hillier regions. The bigger cities are great for exploring in the winter if you don`t mind the cold, but the smaller cities are dreary and dull during these cold months. The Christmas holidays brings many festivities to attend; Brussels is especially beautiful at this time of year. 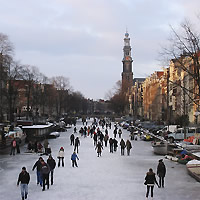 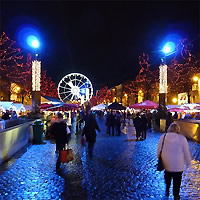