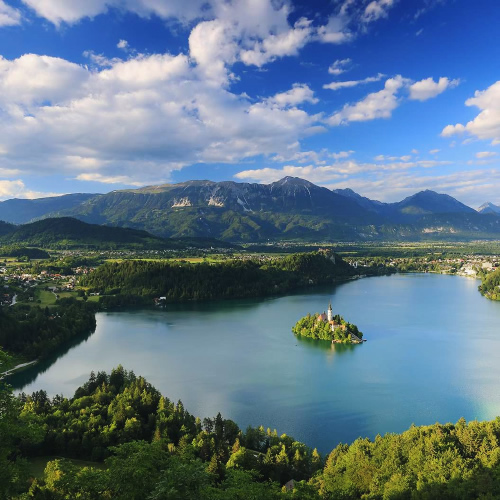 Slovenia`s premier winter vacation destination, Lake Bled is situated about 22 miles from Ljubljana Joze Pucnik Airport. The lake is 1.25 miles long and nearly a mile wide, and is 100 feet at its deepest point. In the center of the lake is Bled Island, with the beautiful Assumption of Mary Church constructed smack in the middle. Bled Castle sits above a hill on the north bank of the lake. The World Rowing Championships have been held at Lake Bled four times. Lake Bled is well-known for its horse-drawn carriages and unique gondola-like boats, called `pletnas`.

The town of Bled is home to 6,300 full-time inhabitants. It is fairly compact; the main streets are Ljubljanska cesta, Presernova cesta and Cesta svobode. Many Slovenians have winter homes or summer cabins in and around Bled, and travel there for vacations (in addition to the travelers from all over the world). Bled`s history is a long one, but it was only chartered as a town in 1960. Bled`s history as a tourist haven began in the late 19th century, when it was presented as a health resort for the chronically ill. Since then, Bled has carved a niche for itself as a winter and summer tourist destination, with skiing, golf, fishing, hiking and horseback riding all popular leisure options with vacationers. 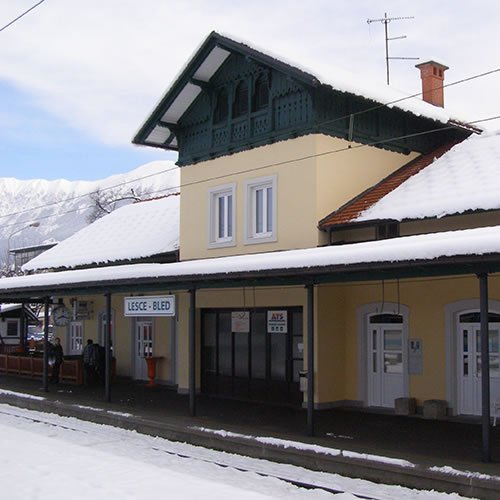 Lesce and Radovljica are located in Radovljica Municipality, approximately four to six miles to the southeast of Lake Bled. Radovljica is the main town in the municipality, and is home to approximately 6,000 people, while Lesce, closer to Bled, is home to about 2,800 people. Lesce-Bled railway station, located in Lesce, is the railway station most travelers will be using if traveling from Ljubljana or Klagenfurt (Austria). Lesce was one of the first three towns to be founded in the area, along with Bled and Bohinj, and were first referenced in books by the year 1004.

These towns are located on the southern end of the Karawanks, a mountain subrange of the Julian Alps. Lesce and Radovljica located at the confluences of the Sava Dolinka and the Sava Bohinjka rivers, and the small towns lie in the Radovljica Plain. While few sights may be of interest to tourists, lodging options ranging from the budget-conscious to the luxurious are based in and around these towns. 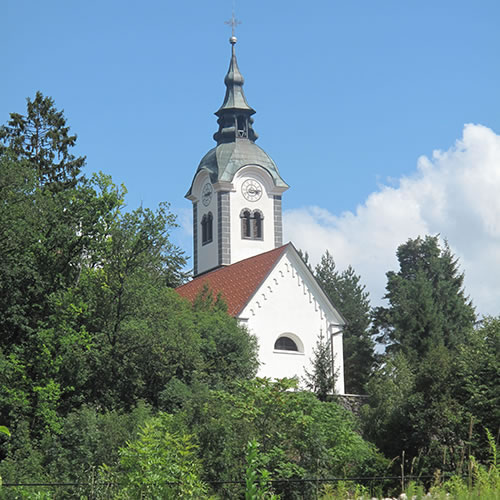 The villages north of Lake Bled are fun to explore, as they are tranquil and capture the essence of the Julian Alps. Podhom is the smallest of these villages with a population of just 320. Approximately 5,000 people live in Gorje (a Slovene name which roughly translates into `the mountain dwellers`, separated into Zgornje Gorje and Spodnje Gorje, `upper Gorje` and `lower Gorje`). Zasip, population 960, is home to three beautiful Catholic churches: Saint John the Baptist Church, Saint Catherine`s Church, and the Holy Trinity Church. These villages are a great starting point for those who are interested in exploring nearby Vintgar Gorge. 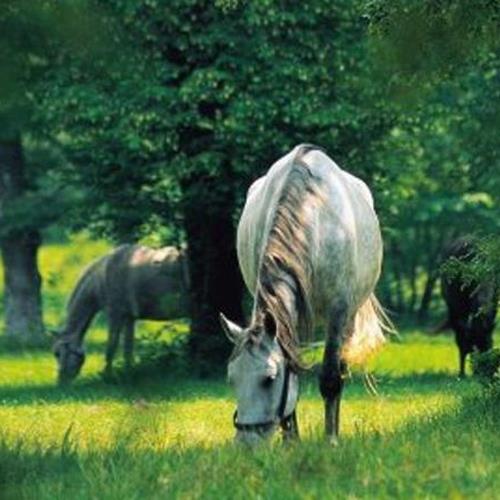 The three tiny villages just to the south of Lake Bled have a collective population of less than 1,000. Bodesce was built on the site of an ancient fort. Sights of interest include Saint Leonard`s Church in Bodesce and Saint James`s Church in Ribno. 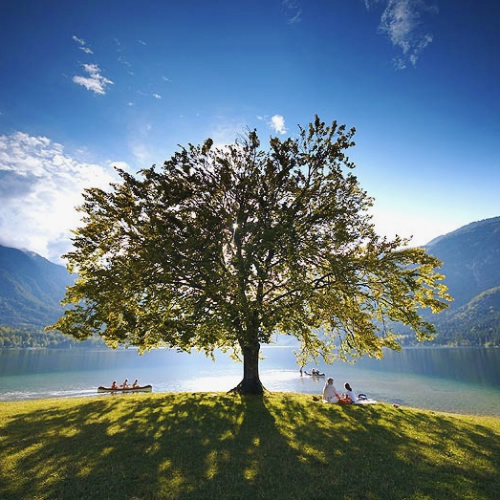 The `lower village` of Bohinjska Bela was first inhabited over a millennium ago. The `upper village` is the modern-day nucleus of this area, a small farming community with a population of 540. In the lower village, the parish church of Margaret the Virgin (painted in a cream coral color) has been standing on its original site for nearly 500 years. The NATO and Slovenian Government-run Multinational Centre of Excellence for Mountain Warfare, where soldiers from Slovenia, Austria, Hungary and Italy train in mountain warfare, is located on the outskirts of Bohinjska Bela. (The American equivalent, for reference, is located in the Green Mountains of Vermont.) 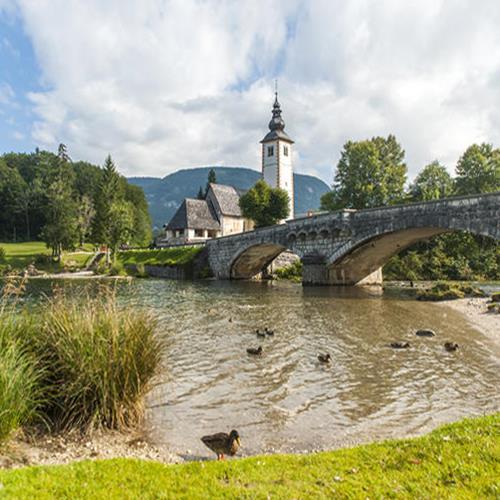 The largest lake in Slovenia, Lake Bohinj covers an area of 790 acres in the center of Triglav National Park. The Savica River flows from Black Lake to Lake Bohinj. A subterranean water source, it is unique in that more water leaves the lake than flows into it. There are 24 towns located in the area inside the Bohinj Plain. The largest town, with 1,800 residents, is Bohinjska Bistrica.

In the summertime, many Slovenians take a vacation to Lake Bohinj to enjoy water sports and swimming. In the winter, the area is a haven for skiiers and snowboarders. The Vogel ski resort, one of the largest in the Balkans, is located south of Lake Bohinj.