Slovenia is sometimes referred to as a `crossroads` because its location has allowed it to sample culinary traditions from its neighbors Austria, Hungary, Italy, and Croatia (the latter country serving as a de facto gateway to the culinary traditions of the rest of the former Yugoslavia). Many of the same dishes you will sample in Ljubljana are also available across the country, possibly with regional variations.

If you are eating out in Ljubljana, you should brush up on a few basic words that might help you enjoy your dining experience better. Meals are served in restaurants (restavracija in Slovene), taverns (gostilna), and snack bars (okrepcevalnice, a local favorite and a holdover from the Socialist Republic era).

Traditional Slovene cuisine was forced to adapt to its surroundings and its geography. As vegetables were traditionally hard to come by, you will notice that they are not always prominently featured as sides or as full entrees. Carbohydrates are the main staple, followed by meat (in particular pork) and dairy, seafood such as fish and crabs, and limited fruits and vegetables (typically olives, beans and grapes).

Perhaps the most famous Slovenian dish is burek, a meat and cheese pie popular across many Slavic nations. Dumplings are particularly common as a main starch, as are entrees and soups with mushrooms and porridge made of buckwheat. Slovenian pilaf, served with seafood, is another tasty option, as are Slovene variations on goulash (golaz) and sausages (klobasa). Another dish we recommend that you try in Ljubljana is golaz bograc, a hearty meat and vegetable stew seasoned with red pepper and other herbs. 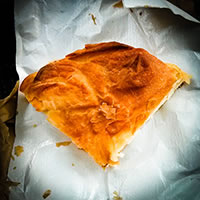 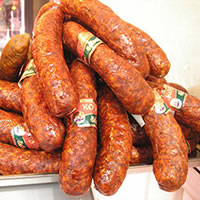 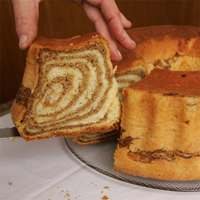 Give these favorites a try when you are in Ljubljana!

Burek is a popular dish in the Balkans, Mediterranean and the Middle East. Slovenes know burek as a round pastry made from layers of phyllo dough. It is usually filled with minced meat and onions, cheese, or both. Ljubljana is also home to many bakeries and snack bars that offer variations on burek such as pastries stuffed with potatoes and mushrooms, fruit, or even pizza toppings.

Gnoch is the Slovene word for the Italian concept of gnocchi, dumplings made from semolina or wheat flour. Slovene gnoch can be made both ways, and may sometimes combine elements of egg, cheese, or potato. These are the types of dumplings that can be served as a large starch, making up the bulk of a traditional Slovenian meal. It is also common to eat gnoch as an appetizer.

Zlikrofi are probably most closely tied to the Italian concept of ravioli, but the fillings are not limited to cheese or meat. Potatoes are a popular filling. If served as a meal, zlikrofi are topped with breadcrumbs and possibly a sauce or gravy. Although this particular dish is native to Idrija, an hour to the west of Ljubljana, it is a popular entree nationwide. It can be found everywhere from high-end restaurants to the frozen dinners section of the supermarket! (Fun fact: Slovenes consume over 50 tons of zlikrofi each year.)

Hungarian stew, called golaz bograc in Slovene, is a hearty dish made from beef or pork stock, and includes big chunks of meat, carrots, and potatoes, as well as thin slivers of onion. Red pepper and paprika are almost always used as spices, although others may be added depending on the restaurant or chef.

Slovenian pilaf (Slovenski plov) is made from long-grain rice. The rice is traditionally boiled in water with lard, butter or oil, then steamed with beef, chicken or pork stock. Finally, it is served with fresh seafood, such as crabs, fish, mussels and scallops. The seafood is usually cooked separately in its own allotment of spices and then, when done, it is added to the steaming rice. The pilaf is served as a main dish, with as much seafood on top of the rice as possible.

Strukjli are pastries made from buckwheat flour, eggs, oil, water and salt. The dough is rolled thin and filled. The most popular fillings are tarragon (as per the original recipe) and poppy seed, followed by cottage cheese, walnuts, hazelnuts and tart fruits like apples.

Although other cultures perfected the art of sausage-making before the Slovenes, they have put their own spin on the process with kranjska klobasa, or Carniolan sausage. The main ingredients are pork and garlic, with a bacon content as high as 20%. Black pepper and saltpeter are also frequent ingredients. It is smoked and cured at a temperature that exceeds 150 degrees Fahrenheit. Kranjska klobasa is popularly served in many variations, one of the most popular being as an appetizer, sliced, with mustard, rolls, and sometimes pepperoncinis.

Whether you eat this as a snack over coffee or tea, or as a dessert, you will love the taste of gibanica, a pastry made with white cheese and eggs. The Slovenian variant (which you may see called prekmurska gibanica) includes quark (prepared fresh cheese), walnuts, raisins, apples and poppy seeds.

Potica is a nut bread, baked in a round nut bread pan with varied fillings stuffed inside like a jelly roll. The traditional flavoring of these breads is tarragon mixed with walnuts or almonds. It is also popularly served with poppy seeds, and with fillings such as honey, chocolate, mint, cream and fruit. It is served at every Easter and Christmas dinner and variants can be found in bakeries year-round. 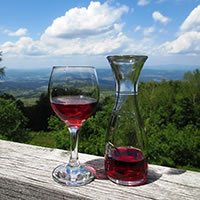 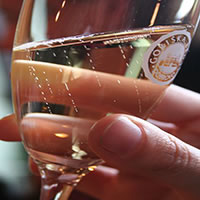 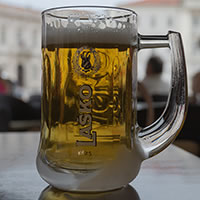 Nearly 100 square miles of land in Slovenia are dedicated to vineyards. Slovenes take their wines (vin) seriously, with 28,000 different wineries operating within the country`s borders. There are three distinct wine regions in Slovenia; one in the west of the country, one in the northeast, and one in the east and southeast.

The western region is called the Littoral Region and is well-known for a variety of wines, such as merlot, cabernet sauvignon, chardonnay, pinot noir, Ribolla and Friulano. The wines originating from Brda are renowned worldwide and were the first Slovenian wines to be exported. Refosco grapes are the main ingredient in the acidic Teran wine made in the Koper district.

The Lower Sava region in the east and southeast of Slovenia is the country`s leading red wine producer. The area has gained a reputation for producing Cvicek, a blend of wine from red and white grapes, as well as sparkling wines. The Drava Region, in the country`s northeast, is the largest wine region in the country, and was the first local wine region to produce sparkling wine using the Champagne method, over 150 years ago. This area is particularly known for its white wines.

Beer (pivo) is particularly popular in Slovenia and is served ice-cold at bars and pubs across the country. The oldest and most popular Slovenian brand is Lasko. Union, once a rival company, is now owned by the same brewery as Lasko; it continues to be sold as its own brand name and is the second-most popular beer in Slovenia. While Lasko is the most popular beer nationwide, you will find that Ljubljanans as a whole have a greater affinity for Union. The most popular type of beer is pale lager, although both brands sell a variety of options. In addition, you will find craft beers from smaller breweries and of course the typical European and American options.

Slovenes love drinking coffee (kava). Unlike in other European countries, Slovenes prefer coffee over tea, but tea (caj) is still popularly consumed (usually black tea, hot, with lemon and honey in wintertime). Slovenes usually take their coffee very sweet and in tiny cups. You can ask for your coffee with milk (z mlekom) or with whipped cream (s smetano). Hot chocolate (vroca cokolada) is also a beloved non-alcoholic drink, as is sour Alpine milk (Alpsko mleko), the latter being quite an acquired taste!