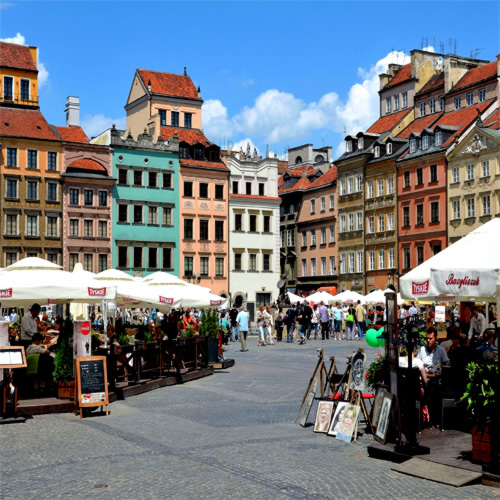 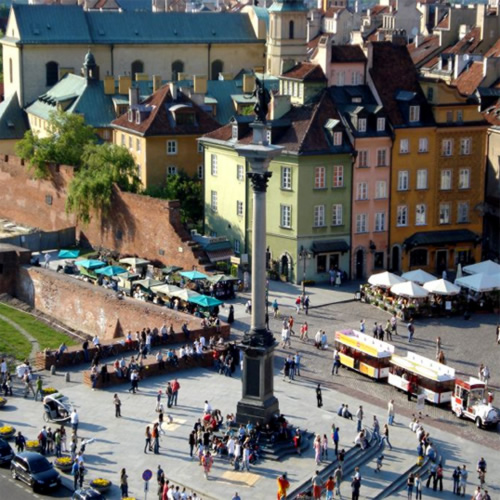 During World War II, Nazi Germany planned a systematic destruction of Warsaw, and they nearly succeeded, as fewer than 10 percent of the buildings in the Old Town survived the bombings. Pre-1939 buildings date from the early 18th century; buildings which look like they are older (such as Warsaw`s Barbican) were meticulously rebuilt after the War, in many cases using the original building materials. UNESCO named the Old Town to the World Heritage Site list in 1980.

The Old Town has a reputation for having a strong art, entertainment, and nightlife scene, which offers selections for the hordes of tourists wanting an `authentic Polish pub experience` and holes-in-the-wall for locals as well. 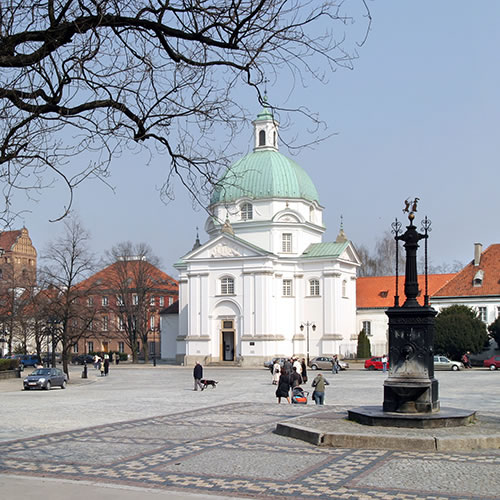 The New Town was first devised in the 15th century, as it was separated from the Old Town by decree from Janusz I the Old in 1408. The New Town is twice the size of the Old Town, and is much more residential, commercial and industrial than the Old Town as well. People who live in the New Town can go to work in an office building and then relax after work at their favorite pub, with all locations in close proximity with one another.

The buildings of the New Town were completely destroyed in the Nazis` bombing of Warsaw. Rebuilding occurred after the War, but not to the exact same level of detail that was given to the Old Town. Noteworthy attractions in the New Town include the Church of the Visitation of the Blessed Virgin Mary, the Warsaw Barbican and of course the main square, the New Town Market Square (`Rynek Nowego Miasta` in Polish). 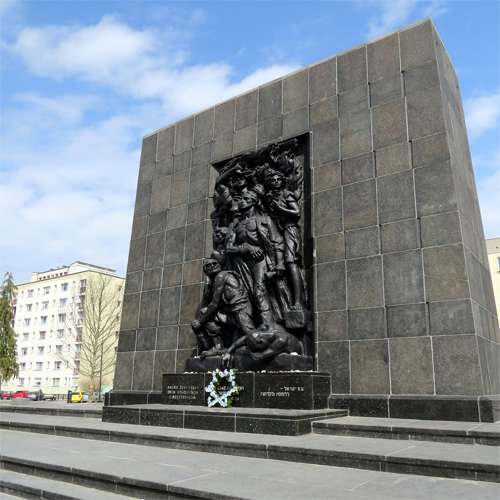 Muranow is perhaps known in an infamous sense by tourists today, being that it is the district that housed the `Warsaw Ghetto` -- 3.5 square miles where over 400,000 Jews were imprisoned between 1940 and 1943. Muranow had a vibrant Jewish population before the War, so the Nazis decided to build a ghetto there after Jewish refugees arrived en masse in the capital due to fighting on the Polish-German front. In 1943, the surviving Jews in the Ghetto rose up against their captors; 13,000 Jews died, while 50,000 were sent to concentration camps and the area was razed to the ground.

After the War, reconstruction of the area occurred in record time: by 1956, Muranow was rebuilt. Buildings were constructed in the social realist style using smashed-up rubble from the then-destroyed structures. A large housing development was purposely built on much of the area of the Ghetto. The city`s largest market was rebuilt to its former glory in the area as well. The Monument to the Ghetto Heroes and POLIN - the Museum of the History of the Polish Jews are located in Muranow, and the latter in particular educates visitors about Muranow and its Jewish population (before, during, and after the War). 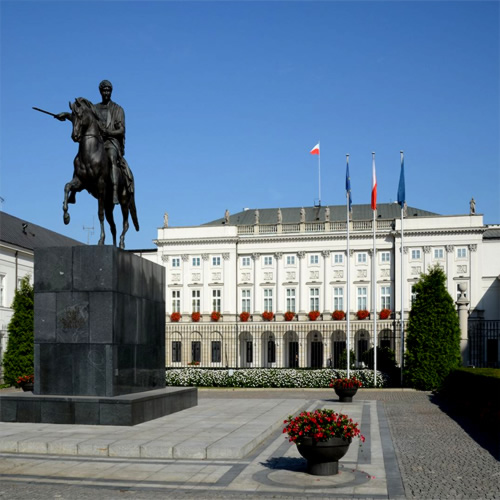 `Powisle` means `near the Vistula` in Polish, and traditionally this neighborhood was a lower-class industrial area, all the way through to World War II. When the War was over, the area was rebuilt to rid itself of its most undesirable aspects, but it was still very much an industrial area, with residential buildings usually consisting of drab housing estates. With the fall of Communism, the working-class feel of the neighborhood was altered slightly to welcome artists and bohemians. Their presence has helped to gentrify what was once considered one of Warsaw`s scarier neighborhoods. Now visitors will find that they`ll be welcomed with open arms.

Powisle is home to many departments of the University of Warsaw, and there are rumors that the University will buy up land comprising most of this neighborhood in the future. The University`s library has planned and cultivated an elaborate garden space on its rooftop, and the view from the rooftop garden is considered one of the best in all of Warsaw. 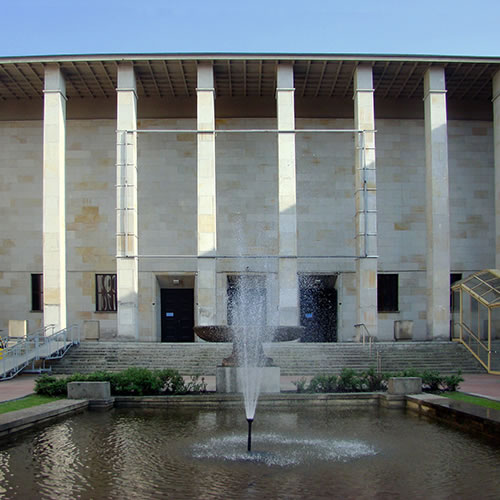 Solec, once a middle-class neighborhood mixed with residential and industrial areas, is now one of the more popular neighborhoods in Warsaw. In the last ten years, developers from all over the country have made deals to build condominiums for upper-middle-class Poles who want to live and work right in the hustle and bustle of the capital. The proximity to downtown, the abundance of green spaces, and its location right on the River Vistula were all reasons why people snatched up spots in these towers as soon as they opened. As far as landmarks are concerned, the National Museum in Warsaw is located in Solec, as is the Sejm (Poland`s parliament). 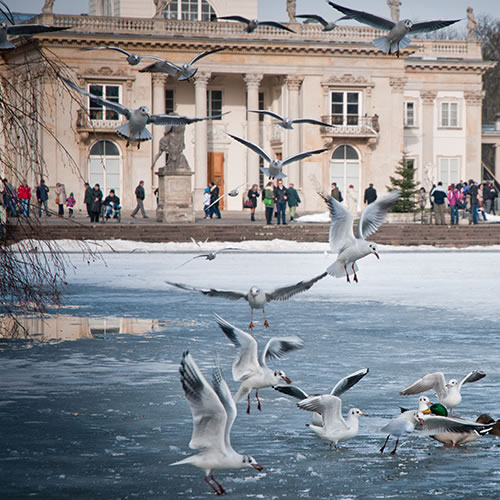 This lush neighborhood has always been the most exclusive out of all the residential neighborhoods in Warsaw`s city center. Lazienki Park is located here, as is the Monument to Frederic Chopin, as well as dozens of embassies. Polish Army Stadium is located at the fringe of Lazienki Park, and is the home stadium for the Legia Warsaw football club. To live and work in Ujazdow means you are, or you know someone who is, a mover and shaker in Warsaw society. 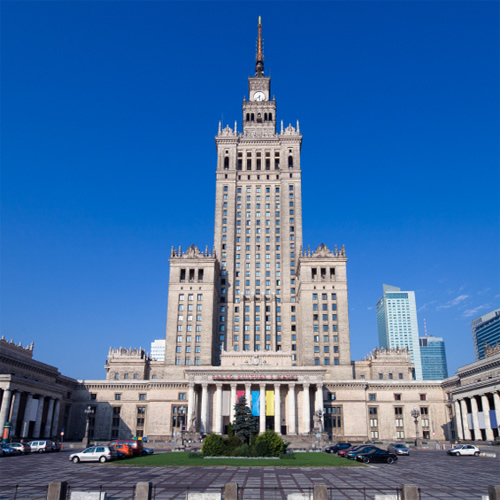 While the Old Town is the heart of Warsaw, Srodmiescie Polnocne (roughly translated to `the north of downtown') is the neighborhood that represents the `new Warsaw`, the one that began in earnest with the proclamation of the People`s Republic, and positively exploded after the fall of Communism. In the shadow of Saxon Garden, contemporary architecture now reigns supreme, and you will see your share of skyscrapers, the most notable of which is the Communism-era Palace of Culture and Science. Not only is it the tallest building in Poland, it is one of the tallest in Europe.

Not only is Srodmiescie Polnocne known for being the financial capital of modern Poland, it is also well-known for housing Warsaw`s thriving performance arts scene. Theatre Square and the National Theatre are but two of the many popular venues open in this neighborhood. 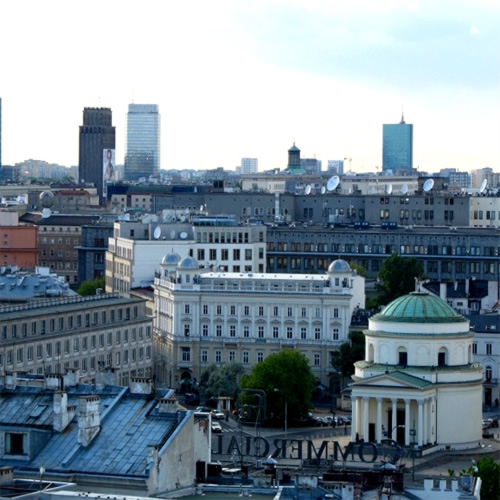 For as modern as Srodmiescie Polnocne is, Srodmiescie Poludniowe ('downtown south') has preserved buildings from the past to give this area a more traditional vibe. The theater district spills over into this neighborhood, with four nationally-known theaters hosting shows every single night. Three Crosses Square is in the middle of it all if you are viewing the area from the observation decks at the Palace of Culture and Science. 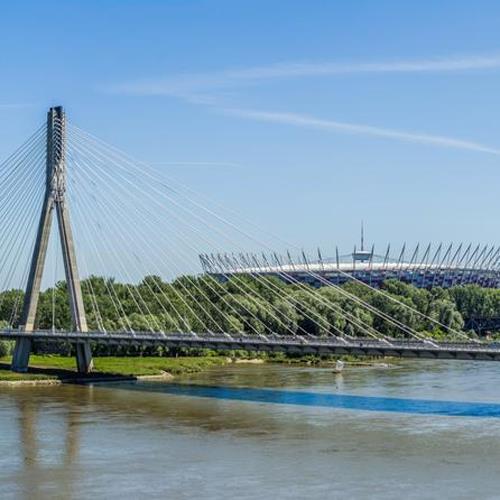 These neighborhoods, usually grouped together and called just `Praga`, once upon a time had a rather curious reputation. Through the days of Communism, the poorest sections of Warsaw`s society lived here. Decades after the end of the Cold War, gentrification has finally arrived in these neighborhoods east of the River Vistula. Today, some of Poland`s most respected and talented young designers and artists have set up shop here. As a result, businesses have moved in to cater to the new residential and industrial crowd.

The neighborhoods that make up Praga are still considered `tough`, but they are attracting their share of tourists, especially as people take in soccer games at the National Stadium and see the animals up-close at the Warsaw Zoo (both sights are located in Praga). 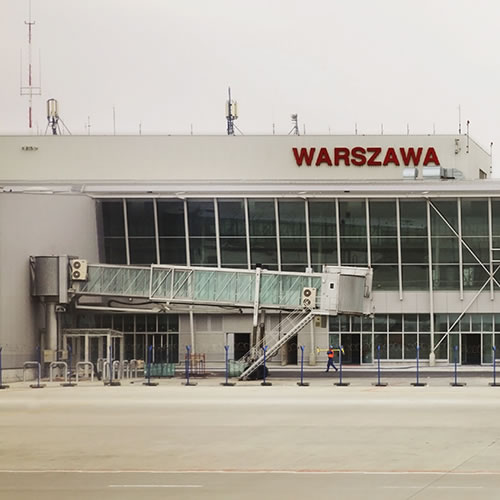 Wlochy is a neighborhood located in the southwestern part of Warsaw, and is home to Warsaw Chopin Airport. Literally the name `Wlochy` means `Italy` in Polish, and the name could have been given to the area as a result of the visitation of a foreign army (assumed to be Italian), possibly sending a delegation to observe the election of a Polish king. The population density in this area is low and the few buildings that are around are usually offices or industrial parks. 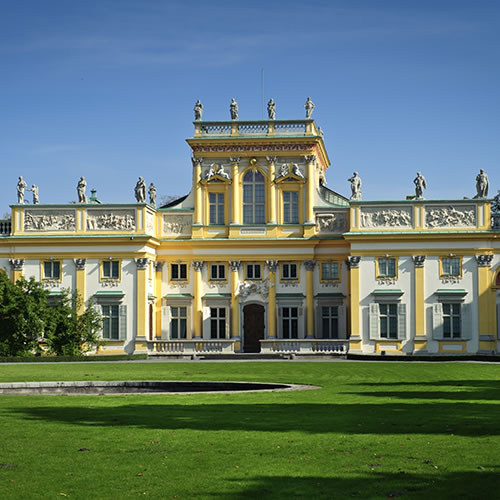 Wilanow, located on the southeastern edge of the Warsaw city limits, is considered one of the ritziest parts of town. The area is heavily residential and upper-middle to upper-class Varsovians of all types live here, ranging from corporation CEOs to television actresses to much of Warsaw`s expatriate community. There are lots of green spaces in Wilanow, streets are wide and commercial zones are limited to light retail such as grocery stores and restaurants. Wilanow Palace, the `Polish Versailles`, is located here.