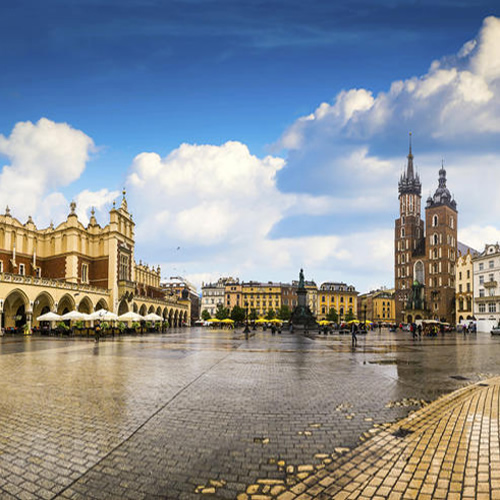 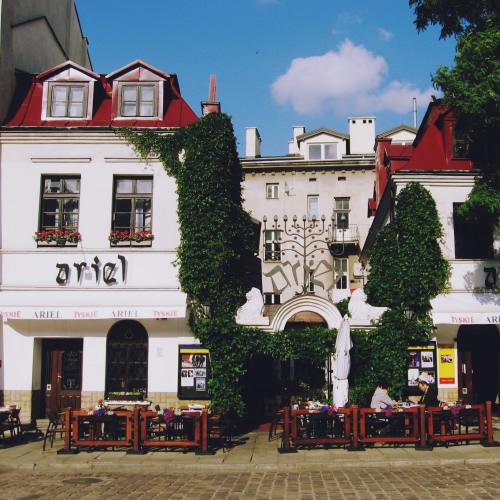 Old meets new in Krakow`s Old Town (Stare Miasto in Polish). Millions of tourists converge on this area to view the UNESCO World Heritage monuments and to see how people lived in this city hundreds of years ago, when it was the royal capital of Poland and one of the most influential cities for trade on the continent. Over 30,000 people live in this area, making it a vibrant residential and commercial development. Shops are open until late in the evening, and bars and cafés are open even later.

Kazimierz, just south of Planty Park, is still considered part of the Old Town by the Polish government, and is also part of the UNESCO World Heritage area awarded to Krakow. It was once a thriving Jewish neighborhood, one of the largest in Eastern Europe. Even in the sixteenth century, thousands of Jews called this area home; the area would reach its highest Jewish population in 1940, when over 15,000 Jews called Kazimierz home. Today, the population is just 1,000, many of whom live in Kazimierz and are dedicated to telling the stories of the Holocaust so future generations don`t forget the horrors that unfolded here. You will find that Kazimierz has gentrified in recent decades; many luxury hotels and world-class restaurants are located here. 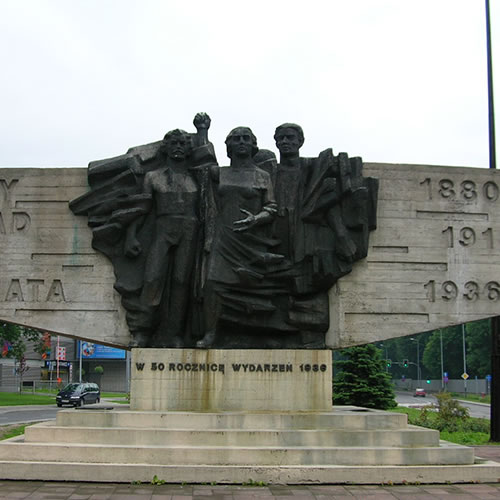 Just east of the Old Town, the light industrial areas of Grzegorzki and Czyzyny are prime examples of neighborhoods once being the lifeblood for a city, only for their fortunes to dwindle. Until the 1960s, the train station in Grzegorzki was one of the largest passenger terminals in southern Poland. Then, in 1963, all routes were rerouted to Krakow Glowny railway station north of Planty Park and Grzegorzki station was converted into a cargo station. Since then, these interior sections of Krakow tend to be unvisited by tourists, and even Cracovians consider them to be drab and dreary. Despite their proximities to the Old Town, you will probably spend very little time in Grzegorzki or Czyzyny. 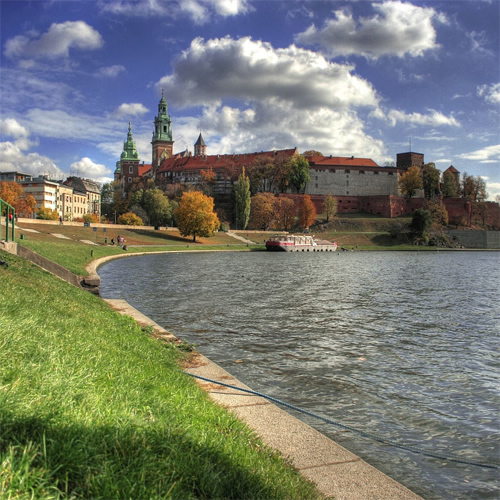 Podgorze, located south of the River Vistula, means the base of the hill in Polish, and has long been a sizable residential area, popular with families and including lots of green spaces. The Jews who lived in Kazimierz were forced into the Krakow Ghetto in Podgorze between 1941-43; nearly everyone who lived there was subsequently killed in Nazi concentration camps. The area took a very long time to grow after the War, and some argue that gentrification still has not fully set in. Not even the release of the popular film Schindler`s List helped, as scenes were not filmed there, despite Ghetto Heroes Square and Oskar Schindler`s enamel factory being located in Podgorze. You will find lots of local bars and restaurants in Podgorze, and stylemakers believe Podgorze is one of Krakow`s diamonds in the rough. 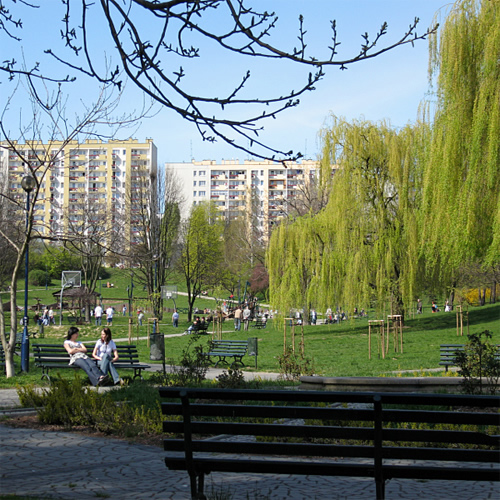 Nowa Huta literally means the new steel mill in Polish, and the steel mill that the area is named for was dedicated in 1955. After World War II, and with much financial assistance from the Soviet Union, the Nowa Huta area was built in the Realist architectural style. The result was perhaps one of the most elaborate Socialist `paradises` built during the Cold War era. If Krakow was considered too `decadent` with all its art, Nowa Huta was the opposite: an ideal showcase city for the People`s Republic of Poland. Nearly every building from this time period is still standing, making it interesting for tourists who will insist they were dropped in a different time period! Plac Centralny, which once housed a statue of Lenin, was renamed `Ronald Reagan Square` after Poland embraced democracy -- ask a local and they will call the square `Plac Centralny`, however. 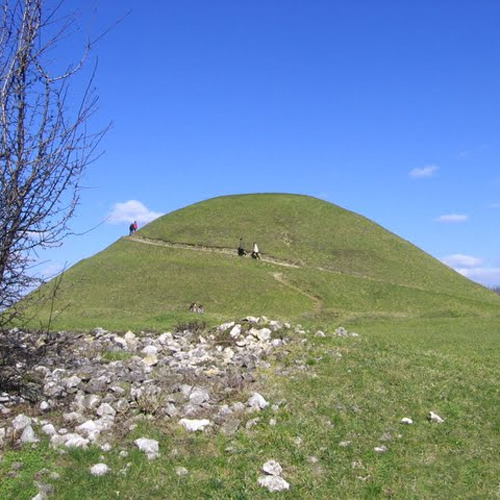 The western neighborhoods of the city are very residential in nature, with middle to upper-class houses dotting the landscape between the Old Town and Krakow Airport. Bronowice in particular is home to the national Institute of Nuclear Physics, as well as Bronowice Cemetery, where many of the city`s luminaries are buried. Zwierzyniec is home to the popular national attraction Kosciuszko Mound, a landmark built to honor the national military hero Tadeusz Kosciuszko. Krowodrza has a high population of academics due to the University of Science and Technology`s campus being situated there. New hotels and activities are being built all the time in Debniki, including an artificial beach and a man-made lagoon. 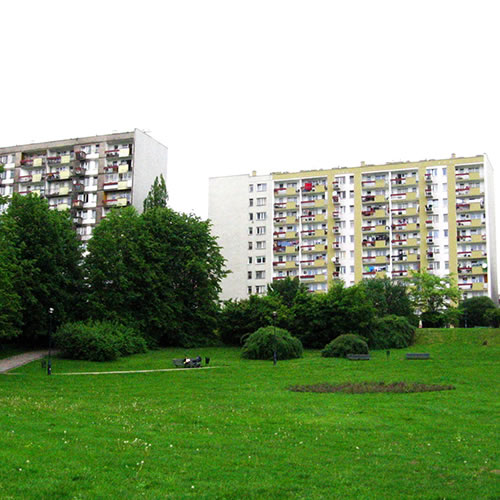 Pradnik Bialy and Pradnik Czerwony are residential and commercial neighborhoods. The latter neighborhood in particular is home to a number of Socialist-era housing developments, ranging from four-story apartment buildings to fifteen-story high-rises. Much of the population in this area still lives in these 1970s-era flats. Another retro housing development, humorously named `The Estate of the Millennium`, is located in Mistrzejowice; the beautifully-landscaped Millennium Park is nearby and the skyscrapers tower over the rest of Krakow and the River Vistula. Bienczyce is where you will find The Church of the Mother of God, the Queen of Poland, a Modernist chapel championed by Cardinal Karol Wojtyla, one of the city`s most popular native sons, who went on to become Pope John Paul II in 1978. 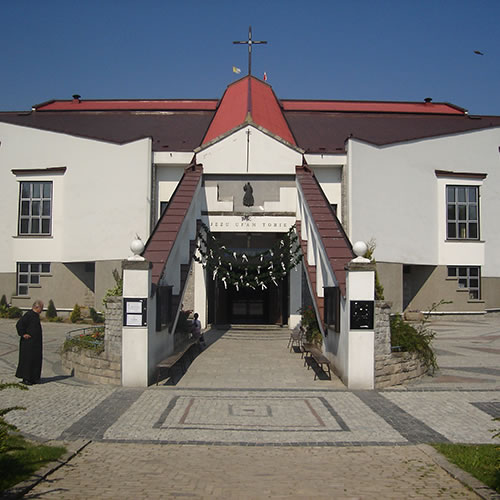 Southern Krakow serves as a residential area between central Krakow and the rest of Malopolska. The area grew after World War II, with all kinds of homes for single occupants and for families being constructed, particularly in the neighborhoods of Lagiewniki-Borek Falecki and Podgorze Duchackie. A large shopping mall and a soccer stadium are located in the latter neighborhood. Biezanow-Prokocim is divided into two sections, one housing residential and commercial buildings built before 1939, and one with all-new buildings first constructed beginning in 1974. Swoszowice in particular is known for its health spa, one of the most elaborate in all of southern Poland, and has been a health and wellness destination for Cracovians since the 1920s.