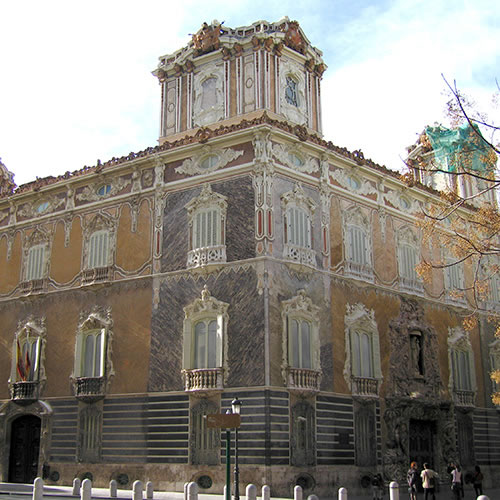 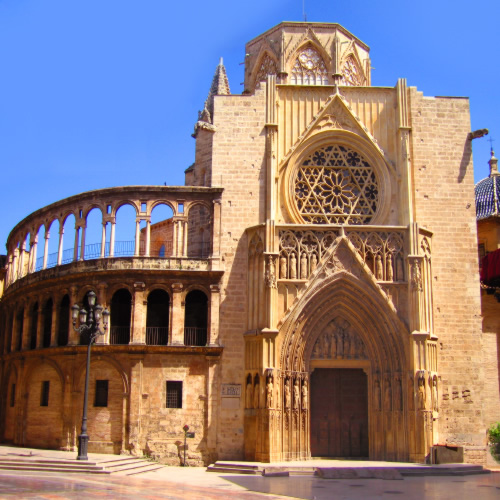 For hundreds of years, the settlement of Valencia was surrounded by 100-foot-high Medieval walls; everything inside those walls consists of the area we now call Ciutat Vella, which means `old town` in Valencian. El Carme is the northwestern portion and is now known as a place of vibrant nightlife; bars and nightclubs dot the larger avenues. Originally the neighborhood of gardens and orchards, you can still see lots of color in this area, even away from the Jardi del Turia, the Old Town`s northern boundary.

East of El Carme is the area adjacent to Valencia Cathedral, which houses what many Christians believe is the Holy Grail. Plaça de la Mare de Deu is also located in this area, adjacent to many museums and boasting lots of architectural styles and varieties. 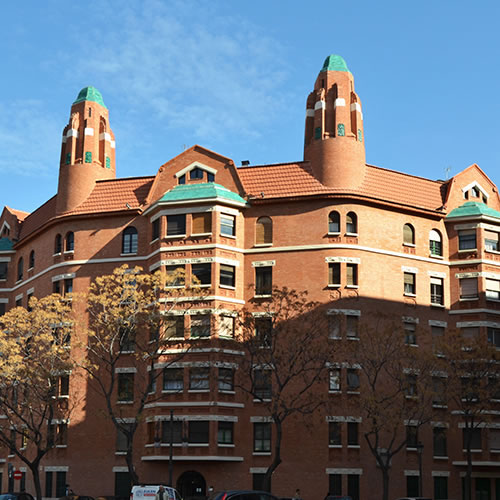 The fortunes of Extramurs rose rapidly in the 1930s with the construction of the Finca Roja, a large apartment building which allowed workers in Eixample affordable housing relatively close to work. These apartments featured amenities now standard in houses throughout Spain but not common in the Great Depression, such as indoor plumbing, dedicated kitchens, and proper ventilation. The apartments, and the many others in the area that popped up in response, allowed the working class to move up the ladder to the middle class.

The housing boom in Extramurs continued through Franco`s Spanish Miracle years of the 1950s and 1960s. Extramurs is home to any kind of residence you can imagine: brownstones, mansions, apartment buildings, detached houses, and more. Since commercial development was next to nonexistent before the Finca Roja, it had to be built from the ground up. Now it is very urban, with bars and restaurants, schools, supermarkets and hypermarkets, parks, small businesses and multi-national corporations jockeying for space all in the same area. 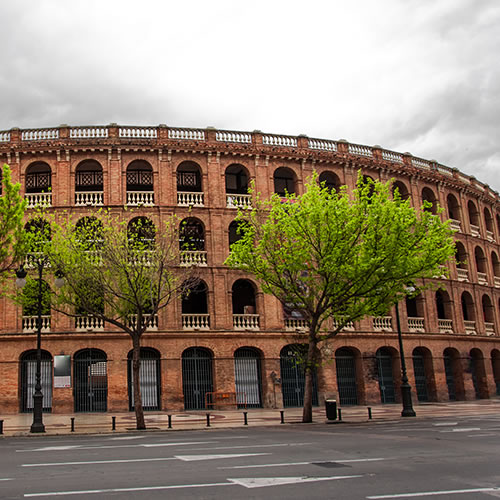 Like the similarly-named neighborhood in Barcelona, the Eixample neighborhood signifies an urban expansion, the very first in Valencia`s history. Eixample`s wide avenues and grid street layout was planned deliberately to give the city a Modernist look, with dramatic storefronts and building façades. The Eixample neighborhood dates from the 19th century, and now it is a mixed-zone residential and commercial area. Restaurants abound here: Eixample is home to quite a few internationally-known chains, but local eateries also exist, especially in the western area called Russafa. You can find nearly every type of restaurant and cuisine in Russafa, even local restaurants serving contemporary `American` food! 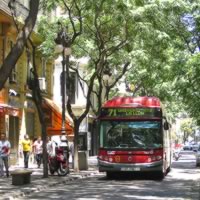 To the northwest of Ciutat Vella and Extramurs, there is the neighborhood of Campanar, which was once its own city before it was annexed by Valencia. Campanar might come off as small and unassuming, considering the plazas in the neighborhood are colorful and many of them peaceful, but it is a happening nightlife district, particularly in the summer months. Terraces all over the neighborhood teem with locals and visitors pouring out from inside the bars into the vibrant streets. 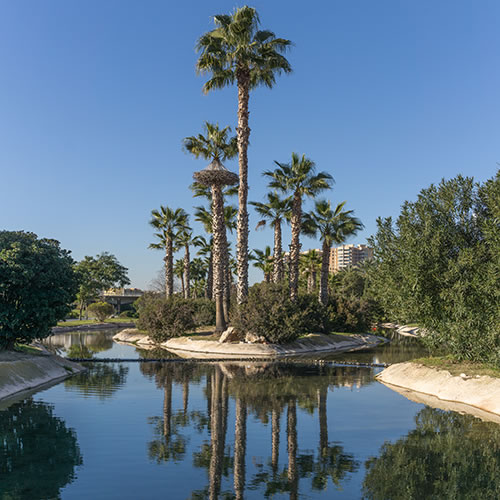 La Saidia is the neighborhood to the north of the Jardi del Turia and Ciutat Vella. The Pont de Serrans, the bridge which takes people outside the fortress that was once the settlement of Valencia, is the main entryway into La Saidia from the south. This area is heavily residential and has an ambience of a suburb more than a neighborhood in a large city. Constant bus and Metro lines connect La Saidia to the beach and to parts of town south of the Jardi del Turia. 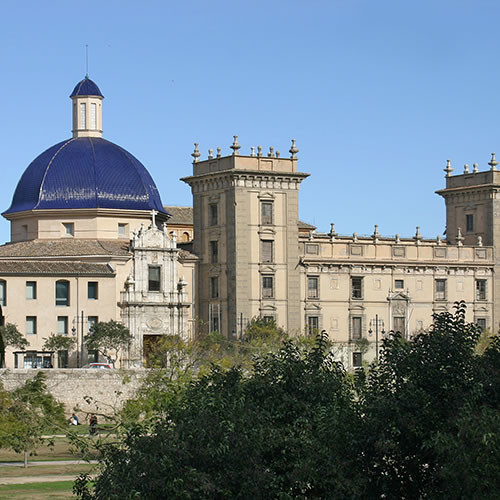 This neighborhood feels particularly young, which is not that surprising considering it is home to the University of Valencia. You will find many coffeeshops and live music venues close to Avenida de Blasco Ibanez, in particular the area around the soccer stadium, the Estadi de Mestalla. The Jardi del Turia runs through this neighborhood, and the Museu de Belles Arts de Valencia, Museu de Ciencies Naturals, and Jardi de Montfort are all located here. If you`re looking to shop, this neighborhood is home to all the top designers as well as to department stores like El Corte Inglés. 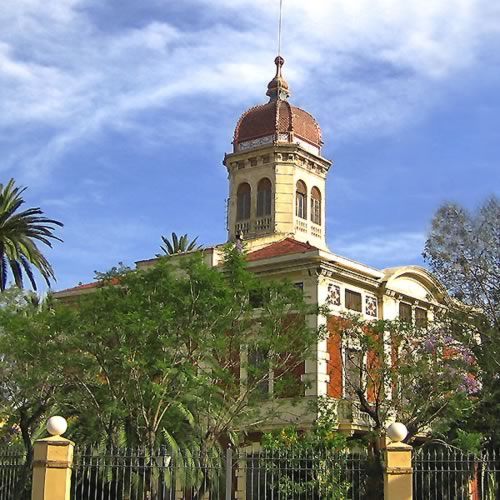 North of Quatre Carreres and west of Poblats Maritims, the neighborhood of Camins al Grau combines modern with traditional. Crossing over the Jardi del Turia from the Ciutat de les Arts i les Ciencies, you will make your way across three thoroughfares that have very strong historical roots. Green spaces are numerous, and the relaxed pace of this mixed-zone neighborhood is something many tourists notice: more expatriates live in this neighborhood over all others in Valencia. Many hotels and restaurants are located in Camins al Grau, and employ many of the same expats who live here. 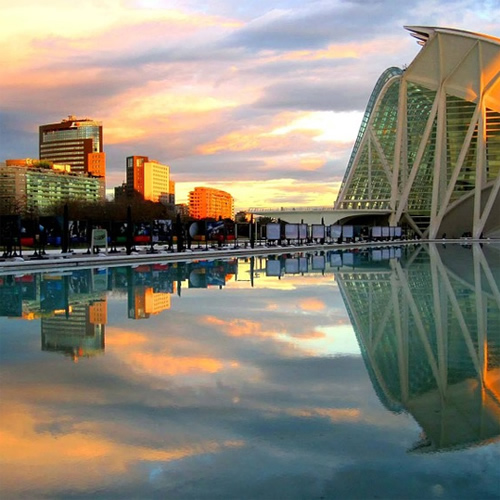 This area, which means Four Routes in Valencian, used to be a sparsely-populated area dotted with orchards. Once the Ciutat de les Arts i les Ciencies opened here in the late 1990s, residential areas sprung up around the complex like a ring, spreading further and further inland back toward the city center. The residential makeup of Quatre Carreres, once more rural, is now heavily urban and is perhaps one of the more expensive areas of Valencia. Houses are large, with modern open floor plans, and all feature the latest amenities. 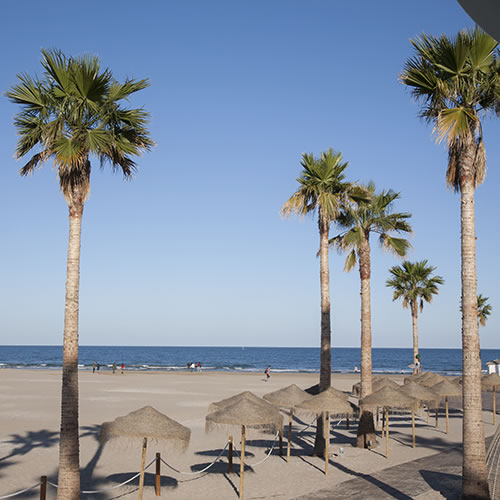 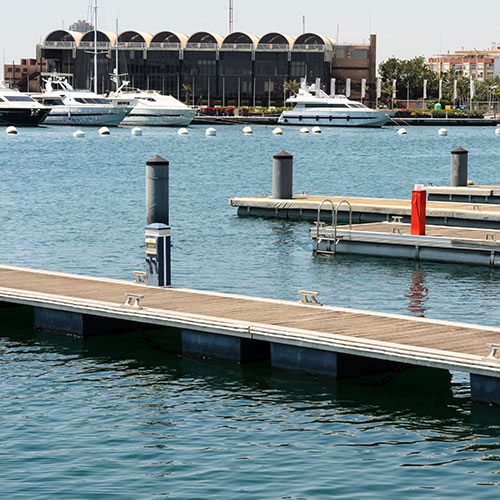 Once upon a time, Poblats Maritims was considered Valencia`s most-neglected neighborhood and its most shameful open secret. Beginning in Roman times, anything outside the walls of the Old Town was considered dirty and undesirable. The beaches, now a 10-minute tram ride but once a lot harder to reach from the Old Town, were out of sight and out of mind. As if by self-fulfilling prophecy, the beach and port area ended up underdeveloped.

Luckily, efforts to revitalize the area, including sprucing up the beaches and promoting them as tourist attractions, as well as making improvements to the port facilities, were overwhelmingly successful. Today, Valencia`s port is the second-largest in all of Spain. The beach and port underwent two more renovations in recent years, one for the America`s Cup in 2007 and again for the same contest three years later. There is a long promenade along the beach, and opposite the beach visitors can step in to any local restaurants and try two popular Valencian favorites: paella (a rice dish with beans, meat, and seasoned with saffron and rosemary) and horchata (an ice-cold drink made from earth almonds).