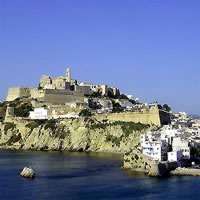 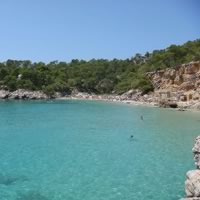 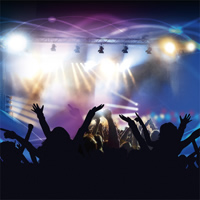 Eivissa is the capital center of the island. Situated to the south of the island, it's one of the most picturesque cities in the Mediterranean; its old town has been awarded historic status by UNESCO. It's a fascinating city and holds a special charm, which has got it all from the famous club scene to the endearing Spanish traditions, not to mention the beaches. Ibiza Town offers small town traditions, pretty architecture, majestic views, family friendly beaches and hidden coves. Ibiza town is also the site of many interesting cultural festivals which occur throughout the year.

D`Alt Vila
This beautifully maintained historic part of Ibiza city sits majestically in an elevated position overlooking the glorious coastline. The wall was built between 1554 and 1585 under Charles V's orders, a heptagonal structure with three doors to get in. The main entry to the city is Las Tablas Gate, with a drawbridge built in 1585 under Philippe II. The other interesting gate is Portal Nou were you can see Puig de Mouns, which is the most important necropolis discovered today. It is the oldest part of Ibiza town (first settled by the Phoenicians) and is still enclosed by the walls built in the 16th century to keep Turkish pirates out, within there are miniature cobbled streets which ramble in and out of each other leading to plaza upon pretty plaza packed with laid back cafes and flanked by handsome medieval mansions. You can also visit the beautiful sand colored Catedral de Santa María which has the best views on the whole island, or enjoy a good handful of interesting museums. UNESCO named it a world heritage site in 1999.

The Cathedral
Built during the XIII and XIV centuries, it is situated on the place of a former temple dedicated to Mercury.

The Santo Domingo Church
Built towards the end of XVI century for the Dominicans orders, it is decorated with numerous roofs in dome, it is also decorated with frescoes and with mosaics.

Plaça de la Vila
Nestled in the heart of Ibiza City's D`Alt Vila, this little gem of a square is packed with attractive restaurants, chilled out bars and pretty cafes to relax in.

The Harbor
The harbor is situated at the bottom of the old city, it is the departure point of boat services to Formentera, Palma, Denia and Barcelona. Many restaurants and bars are situated near the piers.

Sa Penya
Sa Penya is the most characteristic district of Eivissa, it acts as a tangle of streets carrying out towards the walls of the city, the ideal place to people watch, enjoy good restaurants, bars and do some serious Ibiza shopping. The dress code tends to be less is best here so don't be afraid to don your tiniest bikini or go out for the night in nothing more than shorts.

Ibiza city has a whole host of beaches to choose from, some which are literally in the city and some a short bus ride away. It just depends whether you want to party in the sun or find a secluded spot to relax. Talamanca is a good place for families, this beach doesn't get too crammed. Platja d`en Bossa and Figueretes offers more beach bars and action. Ibiza City's best beach in terms of fun and attractiveness is undoubtedly Ses Salines.

Between June and October Ibiza City transforms into the place to be and planes are filled with hoards of clubbers ready to live it up on their week long summer holidays. The streets of the new town are lined with PR people eagerly handing out deal tickets for different clubs, and party people can be found at all times of the day and night. Right in Ibiza city, as well as on the outskirts, you will find some of the island's most infamous clubs. So if U.V. paint and glow sticks float your boat and you're not averse to wearing a pair of sunglasses indoors, this is the place to be.