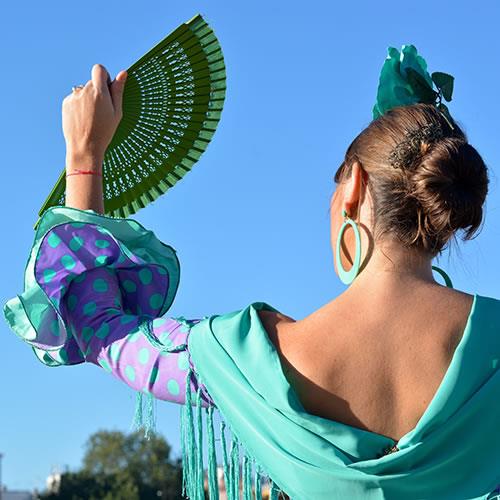 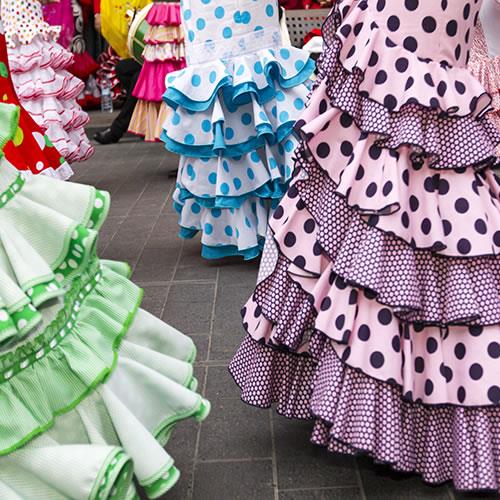 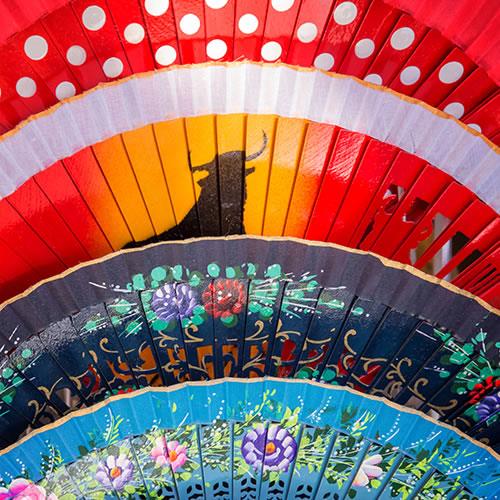 Flamenco is a genuine Spanish art, and to be more exact a genuine Southern Spanish art. It exists in three forms: Cante(the song), Baile (the dance), and Guitarra, (the guitar). Gypsies are very often named as its fathers, and certainly played an important part in its creation. There were other influences, too, which is not surprising in a country that has been dominated by most diverse cultures and civilizations during its different historical eras. There were the legendary Tartessos, and then seven centuries of Muslim occupation which hardly could have passed without leaving traces. All that, directly or indirectly, influenced Flamenco.

Early Flamenco seems to have been purely vocal, accompanied only by rhythmical clapping of hands (toque de palmas). It was left to dedicated composers, as Julián Arcas, to introduce guitar playing. During its Golden Age (1869-1910) Flamenco was developed in the period`s numerous music cafés (cafés cantantes) to its definitive form. The more serious forms expressing deep feelings (cante jondo) dates from this time. The first time Flamenco is reported in literature is in the "Cartas Marruecas" of Cadalso, in 1774. Its birth-place was most probably where, between 1765 and 1860, the first Flamenco-schools were created: Cádiz, Jerez de la Frontera and Triana (Seville).

One of its hotbeds was Seville`s working class district of Triana, a bastion of Andalucía`s Roma people who sang evocatively about their lives and struggles in solemn but sensuous laments. During the music`s Golden Age, from the 1860s to the 1910s, Seville spawned some of Spain`s finest performers. And with UNESCO listing flamenco as an Intangible Cultural Heritage (culturally important traditions, practices, and rituals) in 2010, the city continues to stand at the vanguard of the vital and precious art.

Mass medias has brought Flamenco to the world stage, but deeply it has always been and will remain an intimate kind of music. You have not listened real Flamenco if not with a small group of friends, at midnight somewhere in the South of Spain, when there is nothing around but the voice, the guitar and the body of a dancer moving in the moonlight.

Tablaos are flamenco`s biggest venues, offering spectacular, highly choreographed extravaganzas of music and dance in specific locales where drinks and sometimes dinner is served. Seville is home to approximately half a dozen tablaos, most of which charge between 30 to 40 euros for entry (or up to 70 euros if you book dinner).

Palacio Andaluz
The largest a massive 400-seat, housed in a converted warehouse on the edge of the city center.

Tablao El Arenal
A smaller 110-seat capacity, corralled in a beautiful colonial building near the city`s famous bullring, the Plaza de Toros de la Real Maestranza, where the performers dance with a little more fire in their bellies.

The Casa de la Memoria de Al-Andalus
Encased in a former Sephardic Jewish mansion in the Santa Cruz quarter, it has garnered an excellent reputation in recent years for its atmosphere and skilful musicians who are not afraid to improvise. Nightly shows, which kick off at 9 pm, take place in a glorious 18th-century patio full of eerie shadows and cascading greenery, and are complemented by hauntingly melancholic music. Tickets cost a bargain 15 euros but are popular, so book in advance.

Museo del Baile
Seville`s newest live venue, a bona fide flamenco museum set up by the celebrated Seville dancer, Cristina Hoyos in 2010. It is filled with interactive exhibits explaining the art`s history and development, and after the exhibits close at 7 pm, the central courtyard is given over to talented flamenco artists who strum and strut their way through a performance of spiraling drama. Since the museum is a favorite hangout for Seville`s arty types, the audience is often packed with enthusiastic aficionados who shout encouraging "óles” from the sidelines, willing the show to a soulful climax.

Casa Anselma
The antithesis of a tourist flamenco tablao, with cheek-to-jowl crowds, no amplification and spontaneous outbreaks of dancing. If you can squeeze in past the foreboding form of Anselma – a celebrated Triana flamenco dancer – at the door, you`ll soon realize that anything can happen in here. There`s no sign, just a doorway embellished with tiles (Calle Pagés del Corro, 49; 11:30 p.m.-2:30 a.m. Mon–Sat; free).

By far the best flamenco gigs in Seville are in its peñas, small private clubs conceived and maintained by aficionados dedicated to preserving the art. Tourist offices do not direct visitors towards these places primarily because they rarely offer a regular schedule of shows, but if you are lucky enough to stumble upon one, you will be experiencing flamenco at its unadulterated best – a raw, uncompromising, wonderfully uplifting spectacle where fervent artists uncover a piece of their soul in every stanza. To find a pulsating peña on any given night, you will have to rely on word-of-mouth, posters taped onto lampposts, or, even better, your own ears – simply wander Seville`s streets and let the music lure you in