The largest city in southern Spain, Seville is on the lower reaches of the Guadalquivir River about an hour`s drive from the coast. Although this is a relatively dry region, the river makes it one of Spain`s most productive agricultural regions, growing a wide variety of cereal crops, vegetables and fruits, and it is especially famous for olives, sunflowers and the bitter oranges that are everywhere in the city itself. The hills around the valley are where they breed the Iberian blackfooted pigs, the pata negra, perhaps the best-known Spanish gourmet food; westwards is the sherry triangle, and from the coast comes a wide variety of fish and seafood.

In the city of Seville you can taste delicious dishes made with fish and sausages of the best quality. Olive oil is the element that predominates in Andalucían cuisine. The flavor of the Sevillian cuisine lies on the streets of the city, and when visiting Seville you can taste exquisite, simple, and traditional dishes. The tremendous variety of Sevillian cuisine is based around home cooking, house wives` recipes.

Seville has one of the oldest ovens in Spain, located near Puerta de Triana, where traditional sweets were baked during the 12th century, which you can still taste today, such as `Tortas de aceite,` a thin, crispy and sweet cake made with olive oil, flour, wheat, sugar, sesame, anise, and salt; `Polvorones,` whole wheat flour, lard, and sugar; and `Alfajores,` sweet prepared with almonds, walnuts and honey, different from the Latin American alfajor. 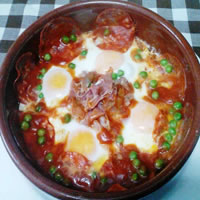 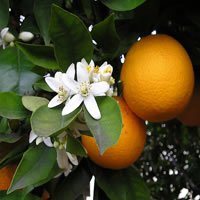 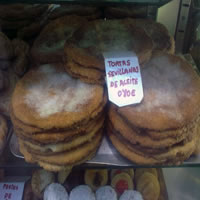 Give these favorites a try when you are in Seville, you won`t regret it.

Pescaito frito
Delicious appetizer or snack prepared with small fish such as anchovies and mullet, battered with wheat flour and fried in olive oil; seasoned with salt and served with lemon wedges.

Jamón Iberico de Bellota
The cured meat from the free range, acorn-fed Iberian pig, and can be seen hanging from the rafters of almost every tapas bar in the city. Sweet and nutty, it`s a treat not be missed.

Carrillada
A slow-cooked pork cheeks. In Spain they use every part of the pig. This is one of the best.

Seville oranges
Along the lush green city streets, you can smell the sweet perfume of bitter oranges of Sevilla. These local delicacies are worth tasting, especially as compote spread over a freshly toasted piece of bread.

Tapas in Seville are a key part of life and integral to local culture, both gastronomically and socially. Ir de tapeo - to go on a `tapas crawl` - is how most Sevillanos spend their evenings out. The selection and quality of food are both invariably superb; you can eat as little or as much as you like, and you can usually find somewhere serving food, whatever the time of day. The seafood and ham are especially good here.

There are hundreds of tapas bars in Seville, on main streets and tucked away in little side alleys; good grazing areas include Alfalfa; Calles Mateas Gago and Santa Maria la Blanca in Santa Cruz; the Plaza San Salvador end of Tetuán; and San Eloy/Plaza del Duque.

Nearly all of the city`s streets contain bars offering tapas. In the Santa Cruz district, a large number of establishments serve some very tasty tapas. The Alfalfa district has a series of open-air bars, very lively during the summer. In Triana, Betis and nearby streets, a large number of bars and terraces overlook the river. Arenal contains some traditional establishments where the visitors can enjoy fish purchased from nearby fried-fish shops.

Each local has its own house-specialties, but some recipes you will find almost everywhere: Huevas (fish-eggs either with mayonnaise or Sauce Vinaigrette), Pinchos Morunos (very spicy spits of meat), Pavías de Pescado (marinated fish fried in olive-oil), Caracoles (snails in a tasty sauce), Jamon (cured ham) and of course the fantastic olives of the region. The great local wines Jerez (sherry), Manzanilla and Montilla are a perfect match to all those dishes.

Note that in some tapas bars you have to order at the bar and collect the tapa yourself when it`s ready (usually in a matter of minutes), while at others you`ll have the option to sit at a table and be served by a waiter - and may be charged extra for privilege. A tapa will generally cost between 1.50 and 2 euros.

Desserts: We recommend tasting the exquisite sweets made in the city`s convents such as the Cortadillos de cidra of Santa Inés or the famous Candied Egg Yolks of San Leandro. The traditional sweets are mostly of Moorish influence and are prepared often with honey, but also with wine. Very well known are Torrijas and Llemas de San Leandro. The village Estepa in the province of Seville is well known for its traditional Polvorones, Mantecados and Alfajores which are much beloved in all Spain at Christmas time. 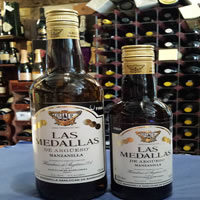 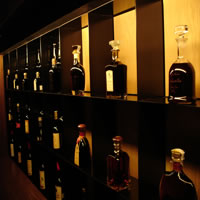 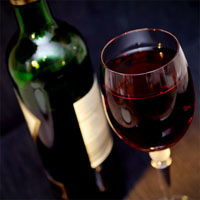 To accompany tasty meals and snacks, you can drink a caña (beer) or a glass of Manzanilla wine or fino sherry, a type of wine from Sanlúcar de Barrameda, which has a light and dry flavor and a pale in color, and is usually drunk in Andalucían fairs.

Seville`s many bares de copas (cocktail bars) serve as great places to spend an entire evening or as stepping stones before continuing to one of the city`s energetic discotecas. These bars help form part of the core of Seville`s nightlife, so be sure to grab a few cocktails, take in the music and kick back before moving on.

To bask in an alternative atmosphere, simply stroll down the Alameda de Hércules and one of the many night spots is sure to grab your attention. If you`d rather head there with a place already in mind, check out the popular Bulebar, a late-opening cocktail bar with a fantastic terrace looking out upon the Alameda. Aside from the bohemian Alameda de Hércules, two other great areas chock-full of fun little cocktail bars are the plazas Salvador and Alfalfa, where you can easily move from locale to locale.