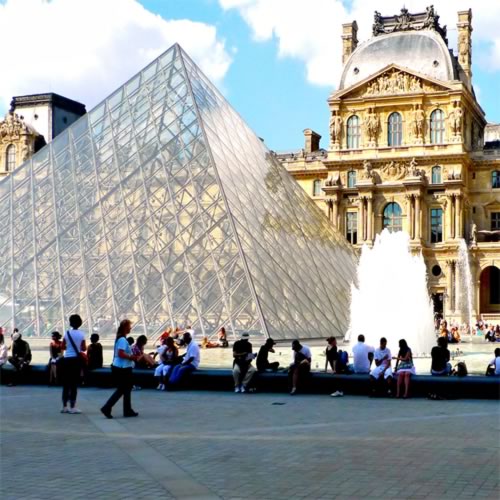 This neighborhood oozes luxury. Here is where you will find a lot of the city`s most famous sights. It is a beautiful area, but also a very expensive part of town. There are a lot of fancy five-star hotels and high-end shopping. Place Vendome is lined with the world`s best jewelers and their glittering window displays. Every other establishment has someone to open the doors for you or park your car. Some highlights of this neighborhood: Le Louvre, Tuileries Gardens, Arc de Triomphe du Carrousel, Le Palais-Royal, La Comédie Française, Le Musée de l’Orangerie, The Rue Saint-Honoré Fashion District, and much more. 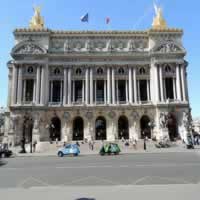 The area around the Opéra Garnier is one of the busiest, most commercial areas of Paris, but it`s also a great place for shopping, home to the famous 19th century department stores Galeries Lafayette and Printemps. Heading east you will find the area known as Les Grands Boulevards, which stretches from Boulevard Montmartre to Boulevard de Bonne Nouvelle. This was the epicenter of cafe and theater life in Belle Époque Paris. Shopping aside, the Grands Boulevards are a cultural destination, home to some of the city`s best small museums as well as the majestic Sainte Trinité church. 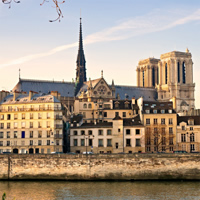 Notre Dame Cathedral is considered to be the `center` of Paris, and most of the city`s famous sights are within walking distance (or a short Metro ride) of the cathedral. The Marais is a winding maze of multi-faceted streets that beg to be explored. It bursts with quaint boutiques, historic buildings, welcoming traditional restaurants, and hidden parks. Around each corner, you`ll discover little gems of architecture spanning the centuries, from understated medieval towers to classical libraries and 17th century splendor. This neighborhood brings together a rich mix of people of all ages, but it`s best known for the gay scene mostly in the south and the Jewish community around Rue des Rosiers.

The southern part of the Marias can be loud well into the early hours of the morning, especially during the summer when people hang out in front of the bars and clubs. The nightlife quiets down considerably the more north you go. 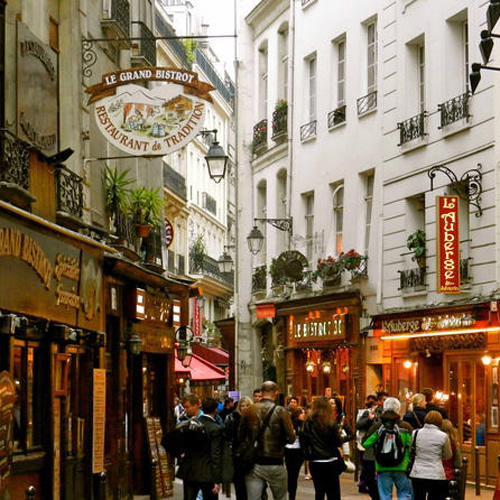 The legendary Latin Quarter is located on the left bank of the Seine, going approximately from St. Michel to Odeon and making up part of the 5th and 6th arrondissements. As one of the oldest districts in Paris, this is a swanky, high-class neighborhood well-known for its historical cafes and brasseries, as well as its vibrant student population (a result of the nearby Sorbonne). Nestled into the buildings along the Seine is Shakespeare and Company, the famous ex-pat English language bookshop. Also to be discovered here are the gorgeous Gardens of Luxembourg and architectural highlights like the Pantheon and Saint Sulpice. On the southern edge, the Rue Mouffetard offers a marvelous, winding array of cheese shops, wine cellars and bakeries to explore. 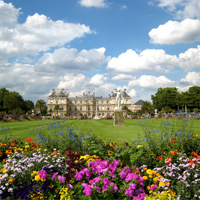 Situated on the northern end of the 6th arrondissement, this vibrant section of the left bank used to be known as the bohemian meeting place for artists and intellectuals. Now it`s one of the more chic, beautiful and expensive areas in Paris, with high-price art galleries and boutiques like Louis Vuitton and Armani, among others. The neighborhood is also home to many terraced cafes and fine-dining restaurants such as the famous Brasserie Lipp, Café Flore and perhaps the most famous of all, Les Deux Magots, which was the hangout spot for great 20th century minds like Jean Paul Sartre.

The neighborhood`s namesake church is the oldest in Paris and is the backdrop for talented musicians every weekend. The Luxembourg Gardens house the national senate, splendid lawns and flourishing flower beds. Famous faces and bourgeois Parisians frequent Saint Germain accompanied by the students of Rue Saint Guillaume and Rue des Saints-Pères. This is a neighborhood where afternoon people-watching from a café or playing cards in a brasserie are a key part of the daily fabric. 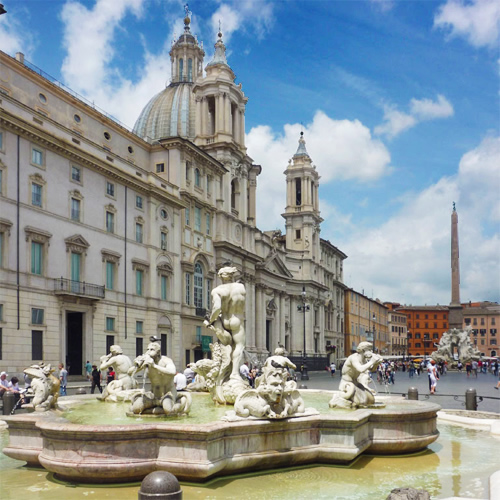 The Invalides area is also home to the Hotel des Invalides, where Napoleon`s body was interred, the Assemblée Nationale (National Assembly), and three important museums - the Musée d`Orsay, the Musée Rodin and the Musée du Quai Branly. You will also find plenty of fine restaurants and weekend markets where families, diplomats and politicians brush shoulders with the tourists who come to see this postcard-perfect neighborhood. 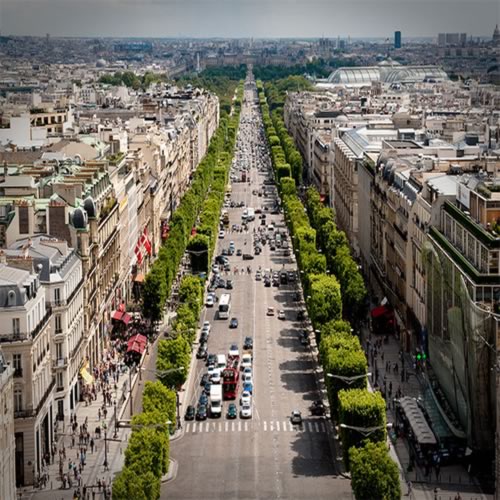 This neighborhood is characterized by one of the most famous avenues in the world, the tree-lined Avenue des Champs-Élysées, the epitome of Parisian grandeur. This massive Avenue extends northwest from the Louvre to the modern business district, punctuated by the iconic Arc de Triomphe, Napoleon`s monument to himself. This neighborhood never rests, buzzing with visitors from around the world at all times of day and night. 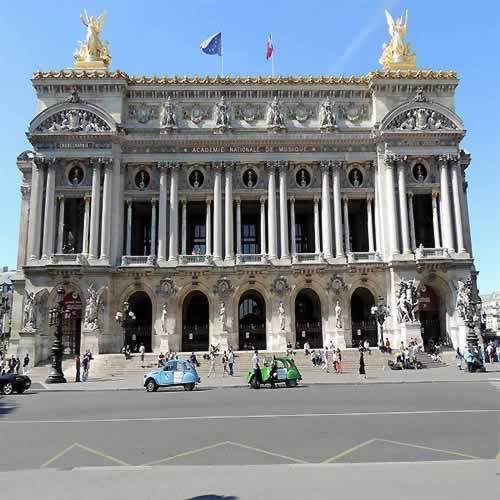 Situated in the 9th arrondissement, this neighborhood offers many exciting things to see. The Palais Garnier Opera House is a gorgeous monument in itself and definitely worth a visit. The whole surrounding area, with its cafes, luxury boutiques, theaters and restaurants, makes a wonderful place to walk around. While the Place Vendôme is known for its fine jewelry boutiques and the Ritz Hotel, the large Boulevard Haussman offers two of the most famous department stores in the capital: Printemps and Galeries Lafayette, housed in gorgeous Art Nouveau buildings. In order to admire the whole district, it is possible to climb, for free, to the Galeries Lafayette balcony which is one of the best sightseeing spots of the area. 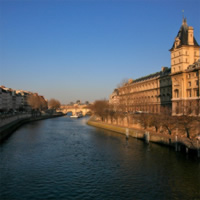 The Temple Quarter is situated on the right bank of the River Seine and is considered one of the smallest areas of Paris. This neighborhood contains the northern part of the medieval district of Le Marais, which is also known as `Old Paris` because it contains some of the oldest buildings in Paris. It is a stylish, lively area filled with hip art galleries, boutiques and cafes. The narrow, winding streets are lined with great old architecture, half hidden courtyards (Place des Vosges), and museums (Picasso Museum). It is known for being a historically Jewish neighborhood, many kosher specialty shops still line the Rue des Rosiers, and is also known for being Paris`s gay district, with a number of clubs and shops dedicated to this theme. The area around the Republique is a newly thriving area, getting known as being a nocturnal center of things for a few years now. 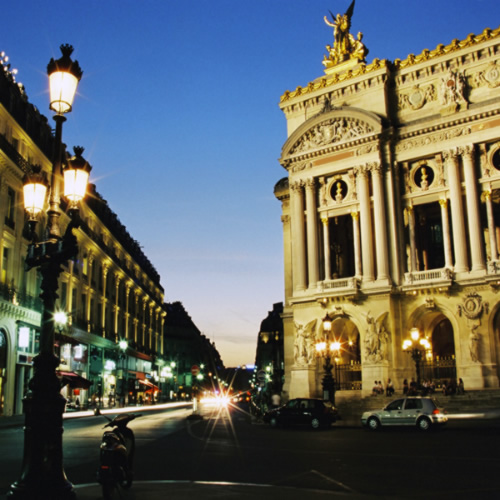 The area around Gares du Nord and Gare de l`Est (10th Arrondissment), situated on the right bank of the River Seine, contain two of Paris`s main railway stations: the Gare du Nord and Gare de l`Est. Built during the 19th century, these two stations are among the busiest in Europe and give access to many famous Parisian sites. It is located close to Montmartre, Canal Saint-Martin and Grands Boulevards. This neighborhood is home to many different nationalities and does have a reputation for being unsafe, especially around the two train stations, but the area is gentrifying quickly.

The southern part of this area and around the Canal St. Martin is becoming trendy and super hip. This is where you`ll find numerous trendy restaurants and bars full of trendier Parisians wanting to soak in the working-class neighborhood vibe. 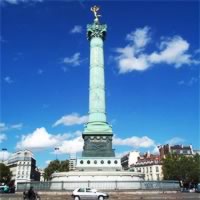 This neighborhood is characterized as a working-class area bustling with life. You won`t find any famous sights in this area, but you will get an authentic vibe of the way Parisians live - a neighborhood without tourists! It is up and coming for hip new restaurants and bars. Due to the cheaper rents, it is becoming a very youthful part of town, which also is the reason you`ll find a few of the more popular nightlife areas around Oberkamp and Bastille. 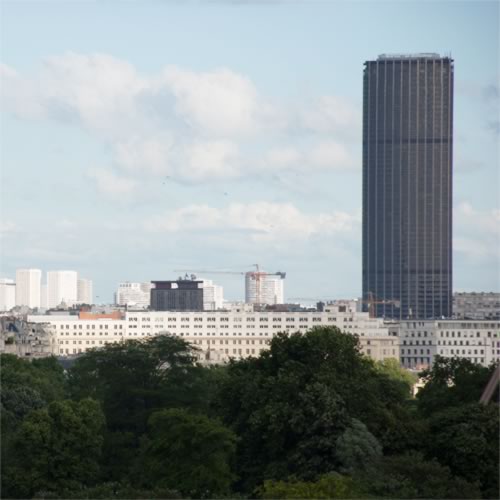 The former hangout of artists and intellectuals, the 14th is now a calm and peaceful neighborhood with plenty of cafes, restaurants, and shopping. There are a few notable attractions that can be found here such as the spooky Les Catacombes de Paris, Parc Montsouris and the Montparnasse Tower. This is the area to stay to experience how real Parisians live while also being close to the action of the city center. 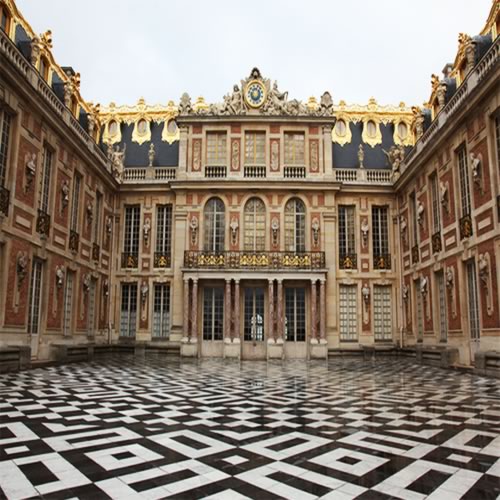 The Porte de Versailles is one of the largest arrondissement in Paris, a neighborhood popular with families and professionals. There isn`t much in this area in regards to sights or nightlife, but you will find the Parc des Expositions which is near the Parc des Princes and houses Porte de Versailles exhibition center, the high-rise district of the Front de Seine (or Beaugrenelle). 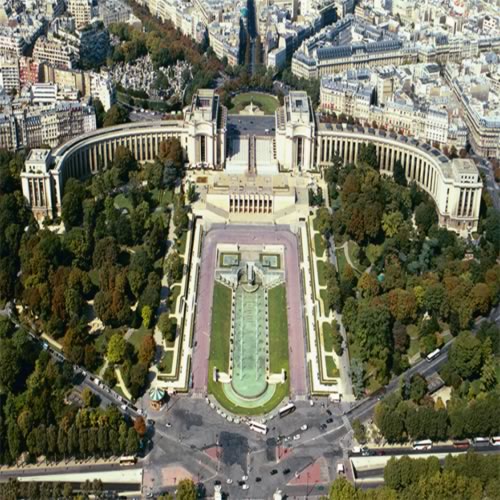 Tucked in the far west corner of Paris, the Trocadero neighborhood sits across the Seine from the Eiffel Tower. The area was named in honor of the Battle of Trocadero. Today, this is an upper-class neighborhood, a place many celebrities and wealthy business people call home. It is a quiet, but very stylish here.

Bordered by the verdant Bois de Boulogne, the neighborhood is characterized by shaded avenues, gorgeous Bell Epoque houses, and luxurious Art Nouveau apartment blocks, yet it has a discreet old-world charm that is fueled by the lack of tourists. You will also find many fine dining restaurant options, exclusive shopping boutiques, some lovely bakeries, and the most esteemed small museums – Maison de Balzac and Musee du Vin. 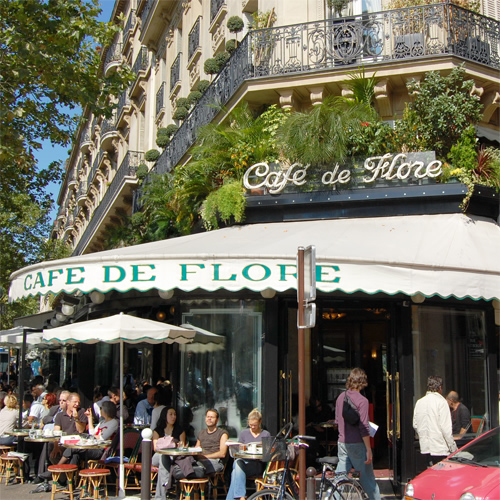 The 17th arrondissement has two different personalities. The parts near the Arc de Triomphe and Parc Monceau upscale. However, as you move north and east into the 17th the vibe shifts considerably. These areas are more working class and multicultural.

One up-and-coming section in particular in this neighborhood is Batignolles, a very popular area with artists, writers, and other creative people. This little enclave is emerging with quirky cafes, hip restaurants, and independent shops.