Welcome to Venice! Upon arrival, you will go through customs and immigration. Should you opt to purchase a transfer to your hotel; a representative will be waiting for you as you exit immigration. Arrive at your hotel, check in and do not give in to jet lag! There is so much for you to see and do.

Start your day by wandering around the giant maze of bridges, lanes and canals. Getting lost in Venice is not very hard to do, sure you can follow a map, but we recommend you put it down and allow yourself to get lost! As your strolling the side streets and alleyways, stop in one of the charming cafes to enjoy lunch and grab a souvenir at one of the many kiosks or shops you`ll pass along your way.

Enjoy your first evening in Venice by taking a sunset gondola ride. With the sky changing into hues of pink, the beauty of Venice`s waterways during this time of day is exceptionally picturesque. Hiring a gondolier who will hum Italian melodies while rowing you around is a one of a kind experience.

Afterward, spend some time over a relaxing meal at one of the city`s fancy restaurants. Wander alongside the canals and notice the mood of Venice change after the sun has set, so stay up late and embrace the city (and romance) of the evening! 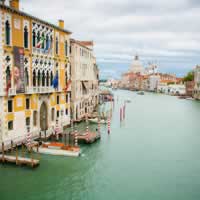 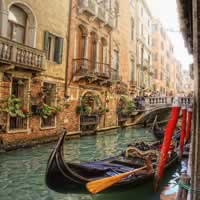 Start your day off early at the City Center at Piazza San Marco and wander around the iconic public square. The city square, commonly known as St. Mark`s Square, boasts buildings and monuments representative of both the Baroque and Victorian era. From the Gothic styles to the intricate details that dominate the landscape about town, it`s definitely a sight to behold!

While at Piazza San Marco, you`ll notice the Basilica di San Marco, an elaborate structure illuminated with murals and gold embellishments. By getting to the Basilica early you may make it for an early morning mass: you`ll have the best part of an hour to reflect on the acres of glimmering mosaics. And unknown to most, the Basilica doubles as a museum and treasury for ancient artifacts, precious gems and jewels.

Don`t miss The Doge`s Palace, the most representative symbol of Venice`s culture, which, together with the Basilica of San Marco at the back and the Piazzetta in the forefront, forms one of the most famous sceneries in the world. Stop for a cappuccino or grab some lunch on the terrace of Caffè Florian for the most atmospheric surroundings on Piazza San Marco.

After lunch, explore the many bridges and canals while you head towards the legendary Grand Canal, Bridge of Sighs. If you`re wondering why it`s called the Bridge of Sighs, that`s because prisoners of the past convicted of crimes had to walk across that bridge to get to the prison grounds where they served their jail time. It is said that prisoners would sigh as they make their way across the bridge as a form of resignation to their fate. Today, the dark history of the bridge has been replaced with an urban legend where couples who kiss under the bridge will see their love stand the test of time.

Next, make your way to one of the most iconic bridges, the Rialto Bridge, located along the Grand Canal; this is the oldest and possibly one of the largest bridges in Venice. Unknown to most, the Rialto Bridge has experienced multiple collapses since its construction in the 16th century. Much like how the city might be submerging soon, it`s best to catch it while you can. (For the best photo, head to neighboring docks or bridges, which aren`t as crowded with tourists, you`ll get a clearer view.)

Spend your evening experiencing the local cuisine like a true Venetian. Know that most of the restaurants along the canals cater to tourists. Their menus are in English, the prices are a bit steeper, and the food is often just ok. To truly experience the best food in the city, get away from the touristy areas and step into restaurants that may require you to know a little bit of Italian.

Besides eating out at authentic Venetian restaurants, there are numerous ways to experience traditional cuisine and culture in Venice. Dine in the home of a local, go on a food tour, embark on a guided tour of Venice`s bacari wine bars and their famous cicchetti dishes, or take a Venetian pastry-making class! 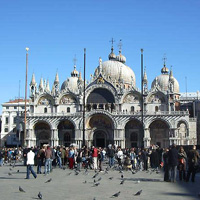 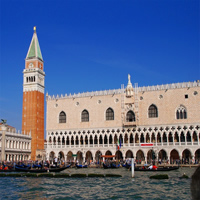 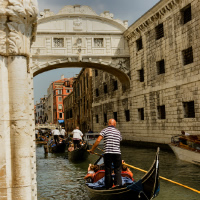 Spend your last day in Venice Island hopping! Amongst the countless islands in Venice, Murano, Burano and Torcello are 3 major islands in the northern part of Venetian lagoon and are an absolute treat. Start off by exploring the island of Murano, a fisherman island and the biggest of the 3 islands, world famous for its glass factories. After visiting the Glass Museum and Chiesa di San Pietro Martire, jump back onboard your vaporetto (waterbus) and enjoy a half an hour ride to Burano. You may not know this, but the colorful walls of the residence in Burano are painted for a reason. The town`s city council used the vibrant colors as indicators marking the locals` houses to help guide the fishermen back home.

In Burano, make sure you drop by the Museo del Merletto (Burano Lace Museum) and the Church of San Martino Vescovo. After Burano, make your way to the Torcello and enjoy the grassy, secluded island decked in Byzantine mosaics and marshy muck lands. To put to perspective how secluded this island is, there are just about 75 inhabitants on the island! Walk around The Devil`s Bridge and Cattedrale di Torcello (Basilica di Santa Maria Assunta) and make your way back to Venice late in the evening.

On your last evening in Venice enjoy a visit to the beautiful Teatro La Fenice and experience the golden era of Italian Opera in this Baroque Opera house. The theatre once hosted world-renowned maestros like Verdi, Donizetti, Abbado, Muti and Chung, Rossini, Mirella Freni, Luciano Pavarotti and Bellini. The name La Fenice translates to `The Pheonix` and is a perfectly fitting moniker for this opera house that has been rebuilt from ash twice over during its existence. Teatro La Fenice was a space for Venice`s cultural elite before its fire stints after which it became a monumental attraction.

Today, this opera house is amongst Italy`s most celebrated monuments and rightly so. Soak in the opulence of this wonder; the plush seats, the stuccos and gold plated ceilings and walls, the Baroque elements and gilded private balconies while you`re here. 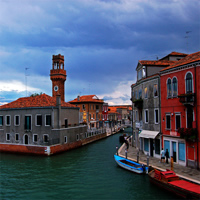 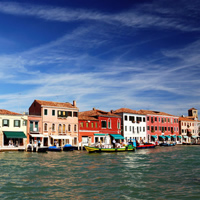 Should you be able to spend additional days in Venice we recommend you continue to explore the charming city of Venice. Make sure to see the historic Rialto Market sprawling on the western banks of the Grand Canal. This market will give you a glimpse of Venetian life as you watch the locals selling or buying local produce. The market is said to be a photographer`s paradise and despite the noisy buzzing atmosphere, you will have experienced a slice of venetian lifestyle when you step out of here. Markets have a way of telling you about the locals and their culture and the Rialto Market is the perfect example of this.

We also recommend you check out the plethora of churches and museums that you may have missed out on earlier in your trip, they are breathtakingly beautiful and rich in history. The city of Venice has a couple of passes that bundle a few options together so that you can visit more and save money at the same time. These passes also help you skip the line and gain priority access, hence saving you time and energy. 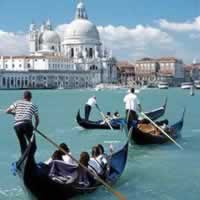 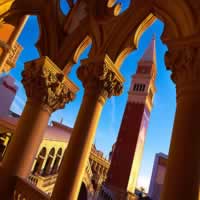 Your Last Day in Venice 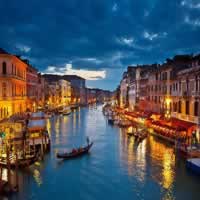